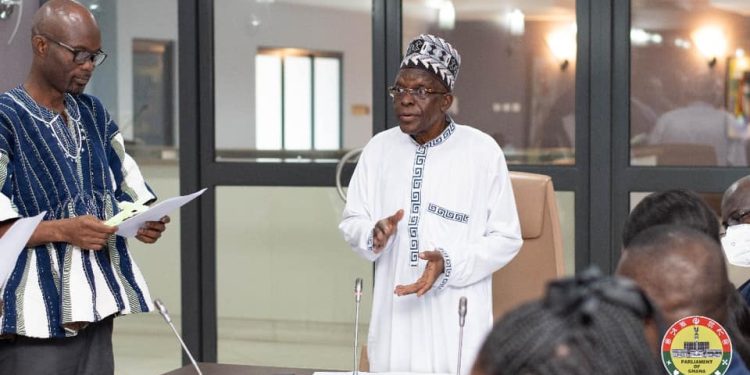 The Speaker of Parliament, Alban Bagbin, has announced plans of reviewing various rules in Parliament to prevent the Executive from appointing Members of Parliament as head of state institutions.

The Speaker in what seemed like a piece of advice to the Members of the House bemoaned that the lawmakers appointed to head state institutions are unable to discharge their legislative functions.

“Don’t allow money and political patronage to take over your minds. That is one thing we intend to fight within these two and a half years. So that by the time we get to 2025, it would be a different ball game. The governing party always has a lot of Members in Parliament brought through political patronage.”

“They are being made board chairs, CEO of some institutions, and they are made Members of Parliament. So, how can you come and criticise the same thing you are involved in?”

He made the remarks during the swearing-in of newly elected executives of the Parliamentary Press Corps in Accra on Monday, April 4, 2022.

The Speaker also announced plans to review the standing orders of Parliament to suit the current hung Parliament, which he admits is posing a challenge to proceedings.

“Because of the new creature we have today, which you refer to as the hung Parliament, the rules we have now, are structured for a majoritarian Parliament, which we don’t have now. We are trying to tweak the rules a bit to incorporate some rules that can help us manage a situation like this. It has been very difficult to manage this Parliament.”

The 8th Parliament, since its commencement in 2021, has witnessed chaotic scenes due to its hung nature as both the Majority and Minority have 137 members each, with one Independent MP who’s supporting the NPP side.

Alban Bagbin in his quest to leave a legacy after his tenure has said a review needs to be carried out on the standing orders of the House to prevent such chaotic scenes and smooth decision-making.