E-levy: ACT 1075 and matters arising – Is there a need for legislators to intervene? [Article] 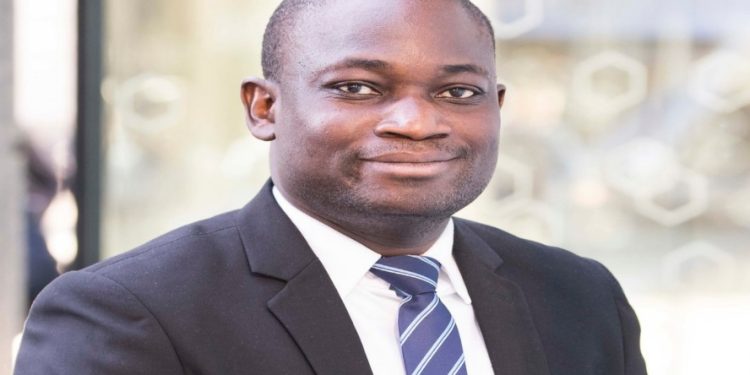 THE ELECTRONIC TRANSFER LEVY (E-LEVY), ACT 2022 (ACT 1075) AND MATTERS ARISING: IS THERE A NEED FOR LEGISLATORS TO INTERVENE?

A law that imposes a pecuniary obligation on citizens must be clear, unambiguous and precise. It should not create the opportunity for varied interpretations. Particularly, when it comes to tax law. Considering that tax laws are to be interpreted strictly, by giving effect to the meaning of the ordinary words used or technical words used in the law, it is pertinent that the law is   precise, clear and unambiguous.

Nature and elements of tax

To ensure that a tax law is clear, unambiguous and precise, it must at least, demonstrate three basic elements. These elements are that:

Every tax law must demonstrate these basic elements.  The absence of any of these elements renders that tax law ambiguous, imprecise, unclear and not implementable. For example, when a tax rate is omitted, what tax will the tax payer be required to pay? When the taxpayer is not identified clearly, who pays the tax? And, where the tax base is not provided, on what amount will the tax rate be applied?

Section 2 – “The tax shall be paid together with the electronic communication service by the user of the service”.  By this section, the law identifies the taxpayer.

From the sections in Act 754 highlighted above, it can clearly be seen that this tax law shows all the three basic elements explained above. These are: 1. The tax rate at 5%, 2. The tax base-(the electronic communication service supplied together with the service charged) and 3.  The taxpayer- being the user of the service.

The position of the E-levy Act

A closer look at the Electronic Transactions Levy Act, 2022 (Act 1075) brings in a different perspective.

From the section 1 of this Act 1075, there are only two of the elements to be identified, out of the three basic elements explained above. These are:

Unfortunately, it is very difficult to deduce the taxpayer from section 1 or any other provisions of Act 1075. Act 1075 states that the levy is imposed at the time of transfer, which means the tax point in this case, is the time at which the transfer occurs. At the tax point, three revenue sources arise as follow:

In this case, given the wording of section 1 of Act 1075 and the nature of the sources of income at the time of transfer, we can identify three categories of taxpayers who may likely bear the incidence of the tax, otherwise pay the tax. These are: 1. The originator of the transfer; 2. The recipient of the transfer; and 3. The electronic money issuer or the bank.

Given that the obligation on the electronic money issuer or the banks is to charge the tax on the value of the transfer, then, the question is who pays the tax, otherwise, who bears the incidence of the tax. Could it be the originator of the transfer or the recipient of the transfer? If it is the originator, this is not provided for in the Act 1075. Also, if it is the recipient, this is also not provided in the Act.  Should it be the electronic money issuer or the bank? The Act did not mention that.

Time for filing and remitting the tax

One other issue of concern is on the time or period within which entities mandated to collect the tax, file a tax return and remit the tax collected to the Commissioner-General of the Ghana Revenue Authority. No provision is made to this effect in Act 1075. Unlike all other tax laws, for example, the Value Added Tax, 2013 (Act 870) in section 52(4)(5) provides as follows;

“(4) The tax return shall be submitted to the Commissioner-General not later than the last working day of the month immediately following the month to which the return relates, whether or not tax is payable for the tax period.

So, one could clearly know the time to file a return and pay the tax when it comes to VAT. Unfortunately, there is no specific time or period stated in the Electronic Transfer Levy Act within which the entities mandated to charge the tax, remit same to the Commissioner-General.  Section 3 of Act 1075 requires the Commissioner-General to administer the tax in accordance with the Revenue Administration Act, 2016 (Act 915).  This section reads:

“The Commissioner-General shall administer the Levy in accordance with the Revenue Administration Act, 2016 (Act 915)”.

However, section 46(1) of the Revenue Administration Acts reads:

“A tax is payable at the time specified in the tax law under which the tax is charged”.

There are views that administrative interpretation by the Commissioner-General under section 100 of the Revenue Administration Act, 2016 (Act 915) may cure this anomaly.  Unfortunately, the Commissioner-General has no such power to impose a tax or amend a tax law to prescribe who pays a tax and the time the tax is to be paid.  Article 174(1) of the 1992 Constitution gives that power solely to Parliament and no other person can arrogate such power to himself or herself.

It is worthy of note that the provision above states that “…person affected by the tax laws …”, which persons Act 1075 has not mentioned.

Article 174(1) of the Constitution provides that Parliament is the only organ of Government that must impose a tax – “No taxation shall be imposed otherwise than by or under the authority of an Act of Parliament”,

To clear this ambiguity as to who pays the tax; the time to file returns; and the time to pay the tax, there is a need for Parliament to amend the relevant sections, particularly, section 1 and 2 of Act 1075 or insert a new section to reflect the issues identified in this write-up.