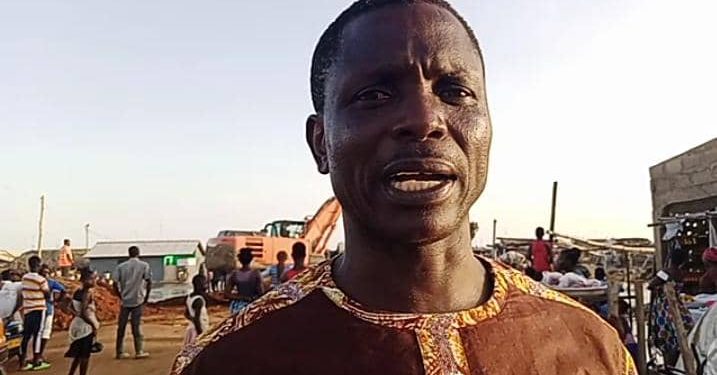 The flooding that was experienced in communities such as Sonkope, Wokumagbe, and Akplabanya in the Ada West District cannot be attributed to the operations of Electrochem Ghanas operations, says District Chief Executive of Ada West, Hon. Sampson Tetteh Kpankpah. 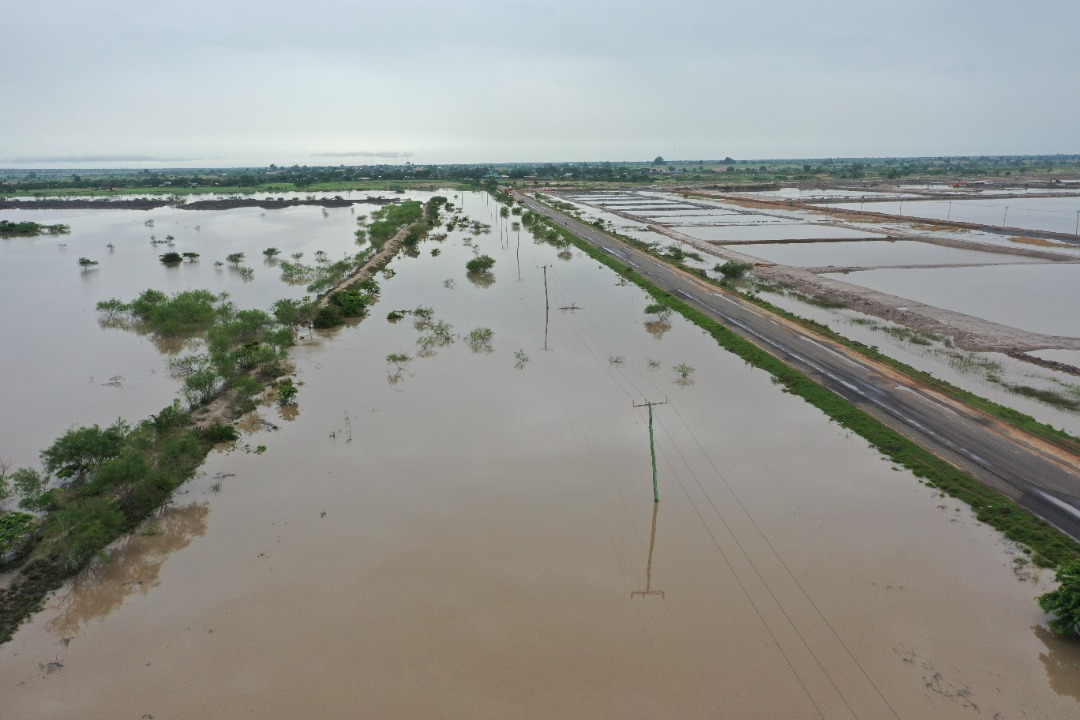 Hon. Kpankpah said commentaries on social media seeking to ascribe the cause of the flooding to the activities of Electrochem Ghana are misleading, adding that the company’s operations do not even extend to the affected communities and areas. 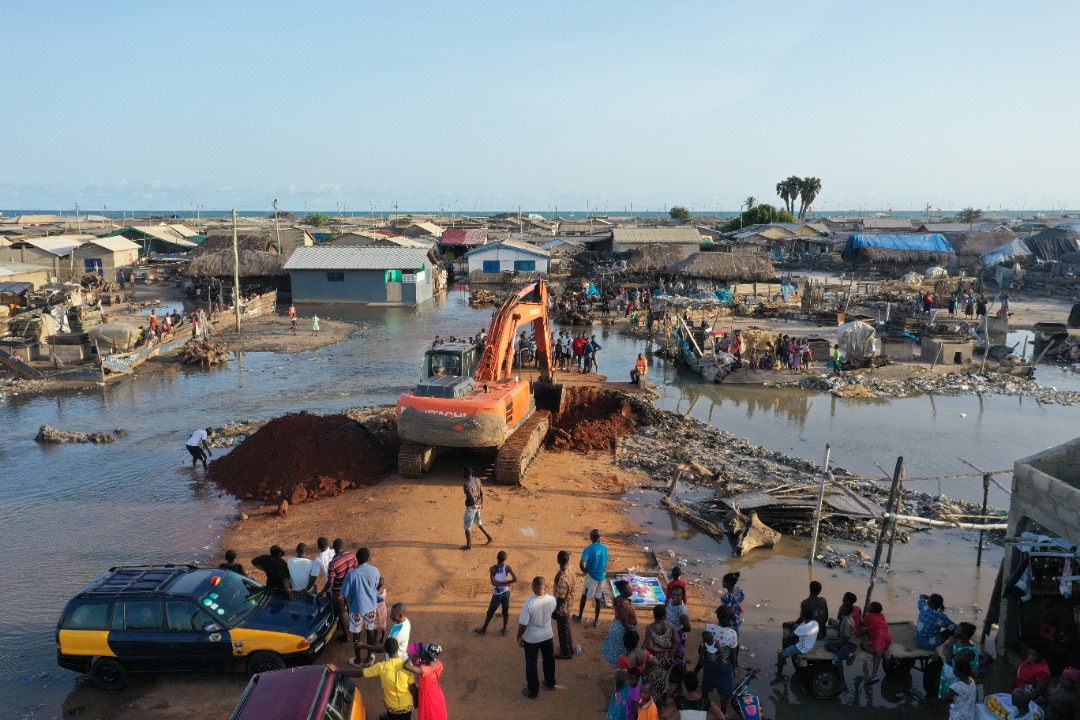 He commended Electrochem Ghana for responding to the request by the Assembly to release some of its equipment such as excavators to dredge existing canals and create new waterways that quickened the recession of the water from the badly drenched communities into the ocean.

When interviewed, some residents of Wokumagbe who had to literally salvage their properties from the ferocious flood that gushed into the community on Thursday expressed excitement about the prompt response by the District Assembly and Electrochem Ghana to their distress call which timeously saved the disastrous situation. 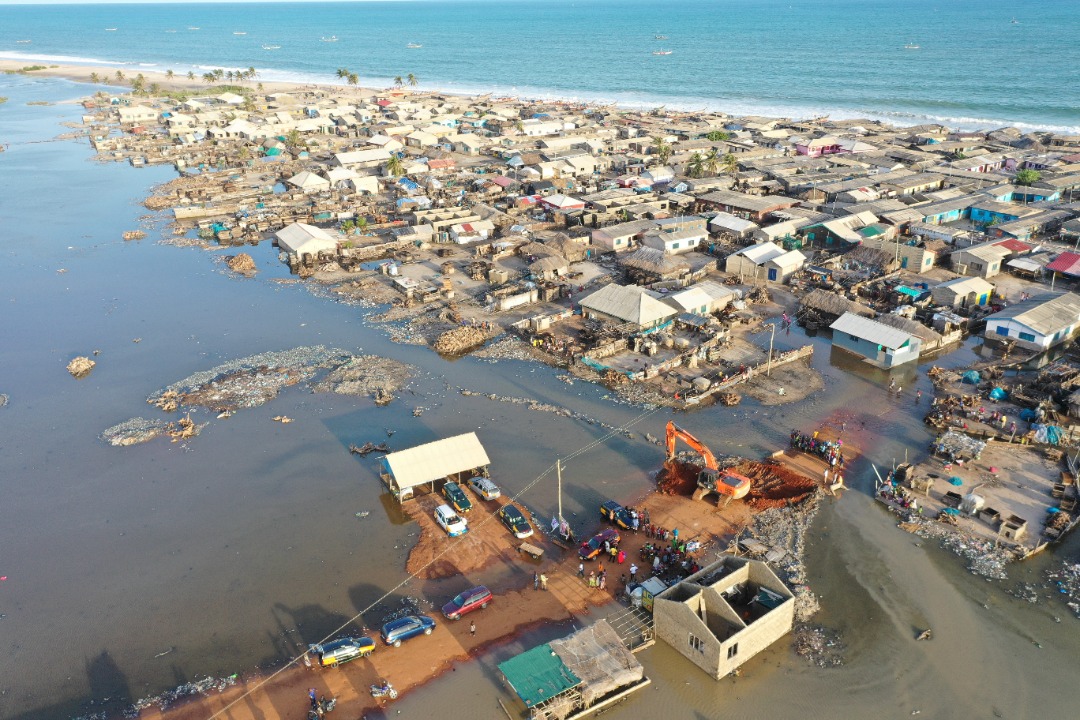 Gladys Akwetey, a native of Wokumagbe said “the assembly and Electrochem Ghana stepped in quickly and saved a situation that we were uncertain about. I cannot hide my excitement and praise for them.”

She said, although the community has been experiencing recurrent flooding, the volume of water that ran into the community and the intensity were very high and scary.

Another indigene of the area, Isaac Amanor, thanked the District Chief Executive, officials from the National Disaster Management Organisation (NADMO) and Electrochem Ghana for coming in to create more accessible ways to channel the water into the sea. 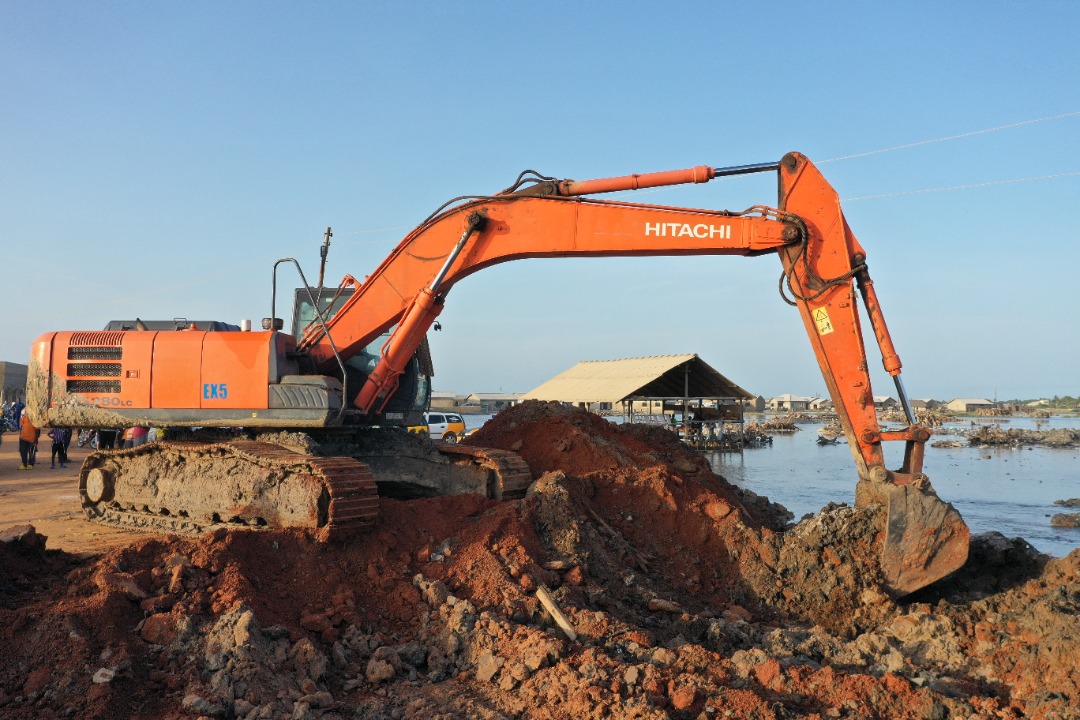 “I guess the community would have been submerged by now but for their intervention; they deserve commendation”, he emphasized.