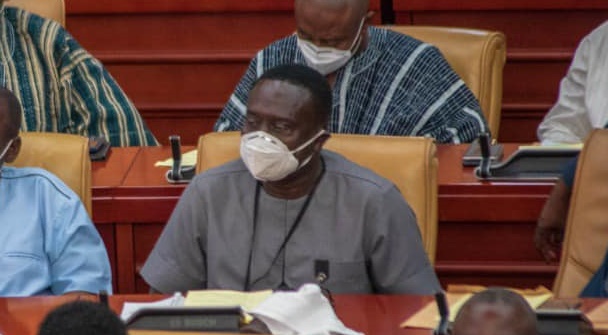 The Member of Parliament for Assin North, James Gyakye Quayson has asked the Supreme Court to declare the judgment of the Cape Coast High Court nullifying his election in the 2020 polls as an error.

According to him, the High Court usurped the jurisdiction of the Supreme Court in its ruling since the case bordered on the interpretation of Article 94(2)(a) of the 1992 Constitution and should have been referred to the apex court.

Mr. Quayson has since January 2021 been answering a petition filed against him at the different hierarchy of Ghana’s judicial system by Michael Ankomah-Nimfa, a resident of the Central Region.

Mr. Ankomah-Ninfa challenged Mr. Quayson’s eligibility as the duly elected representative of the people of Assin North following the legislator’s alleged allegiance to another country other than Ghana.

The Cape Coast High Court declared the 2020 parliamentary election held in the Assin North as null and void, as it upheld that Mr. Quayson breached the provisions of the constitution with regard to dual citizenship.

Mr. Quayson subsequently appealed the judgment, at the Court of Appeal in Cape Coast, but the case was subsequently dismissed.

He again sought cover from the Supreme Court to have the High Court judgment set aside.

Michael Ankomah-Nimfa also went to the Supreme Court and filed an injunction against the Assin North legislator, seeking to get the apex court to stop Mr. Quayson from holding himself as the MP for the area.

The Supreme Court is expected to deliver its judgment today, April 13, 2022.

Statement of case at Supreme Court

Meanwhile, following a directive from the Supreme Court, Mr. Quayson on Tuesday, April 12, 2022, filed his statement of case.

In the document sighted by Citi News, Mr. Quayson among other things described the case against him as frivolous, vexatious, and an abuse of the court processes.

He also described the petitioner’s case as “blatant forum shopping” and should not be countenanced by the Supreme Court.

Below are excerpts of Mr. Quayson’s statement of case

In the decision of the High Court and in submissions on behalf of the plaintiff, there has consistently been the fundamental error of supposing that owing allegiance to a country other than Ghana is only about having a second nationality, which is clearly not what article 94(2)(a), on a true and proper interpretation, provides.

That, 1st Defendant, has consistently denied the allegation of owing allegiance to a country other than Ghana; and it is for the plaintiff to establish that claim which is fundamental to his case.

That the trial judge resorting, suo motu, to the website, Wikipedia, to make pronouncements on Canadian law and even to quote ‘relevant legislation’ in Canada in his judgment, was an egregious error.

That the Supreme Court cannot proceed with the reliefs sought by the plaintiff based on mere and unverified allegations of his owing allegiance to a country other than Ghana.

That would be denying the people of Assin North their right of representation in the 8th Parliament of the Fourth Republic if the Supreme Court were to grant the reliefs sought by the Plaintiff, even on an interim basis.

The Plaintiff ought not to be allowed in forum shopping and sheer manipulation of judicial process to turn justice on its head.