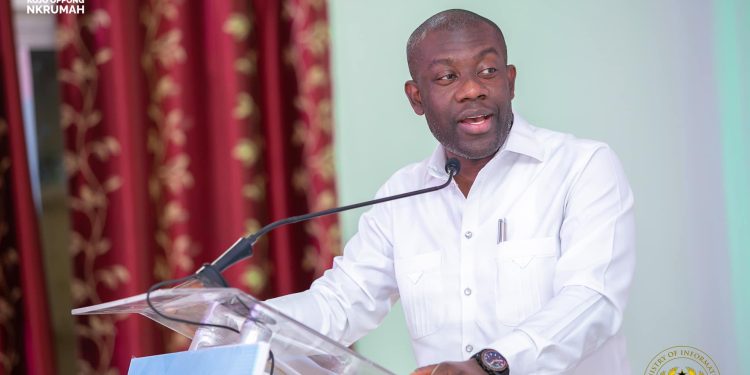 The Minister of Information, Kojo Oppong Nkrumah has justified Dr. Mahamudu Bawumia’s silence on the controversial Electronic Transfer Levy (E-levy) during his recent address on the state of the Ghanaian economy.

According to him, the government has on several occasions including its Town Hall meetings, answered all questions pertaining to the E-Levy, hence it was needless for the Vice President to reiterate same during his lecture on the State of the economy last Thursday.

Speaking on the Big Issue, Kojo Oppong Nkrumah said while the demand for the Vice President’s comments was understandable, such calls are not necessary, especially when he had played various roles regarding the introduction of the controversial tax.

“I can understand why some people want him to do an elaborate talk. But it should not be missed that his presentation was the third in the series of presentations by the government dealing with various issues, and we’ve dealt extensively with the E-levy, travelling from Takoradi, Koforidua, Wa, Ho and other places engaging the public, Parliament and using mass media platforms explaining the whys.”

“We’ve been dealing with the fact that those two principal issues, first that digitization will not be compromised by E-levy, and have responded to the second matter that deals with the poor. The Vice President himself was very instrumental in this,” said the minister.

The Vice-President is on record to have opposed any taxation on Mobile Money (MoMo) transactions, suggesting that such a move will impoverish the average Ghanaian.

It, therefore, became a surprise to many that his government introduced the tax measure amidst huge public resistance to the policy.

Ghanaians were thus looking forward to his take on the E-levy following its controversial passage in Parliament and expected implementation in May 2022, but their expectations were not met as the Vice President failed to make any clear comment in that regard.