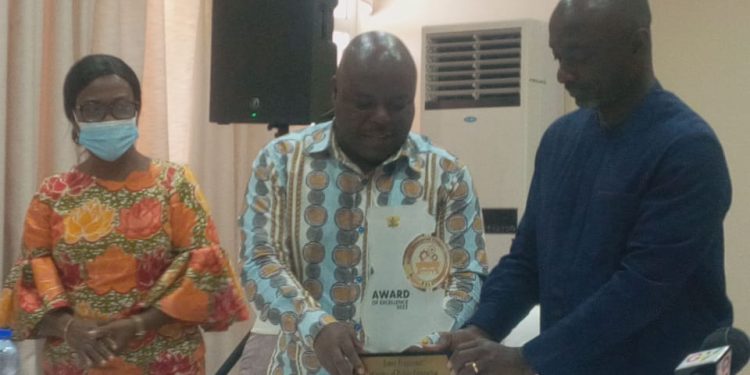 The Ministry of Public Enterprises has launched an award ceremony for public enterprises based on a league table it has developed.

The Ministry on April 28, 2022, announced that it will from May this year, begin the implementation of a Public Enterprises League Table (PELT) that will rank public enterprises.

The table is meant to encourage non-performing state companies to sit up in order to become competitive, comparable to those that have become profitable.

According to the 2020 State Ownership Report, State-Owned Enterprises recorded a cumulative loss of GHS2.6 billion in 2020.

This however represents a nearly 50 percent improvement over the 2019 aggregate loss of GHS5 billion.

In relation to this, the ministry on Friday, April 29, 2022, launched the Public Enterprises League Table awards.

The ministry says the move seeks to award deserving state-owned enterprises in a bid to push other enterprises to become more effective and efficient.

It said the award is designed as an add-on feature of the assessment tool of state enterprises post evaluation of the implementation of the Annual Performance Contract.

Speaking during the launch, the Minister of Public Enterprises Joseph Cudjoe, said non-performing state companies on the league table will be given resources and capacity building to increase their performance.

The Ministry added that all state enterprises eligible are the ones under the State Interest and Governance Authority (SIGA) register which negotiated and signed the Annual Performance Contract in the awarding year.

It said profitability, management improvement, dynamic effect and innovation, and productivity will be the scoring indicators for the awards.

The awards are in three categories. The first category is the SOEs/JVC’s category. This includes the most profiting SOE/JVC, most innovative SOE/JVC/ most complaint SOE/JVC, and the SOE/JC of the year.

The second category is the OSE Category which includes the most efficient OSE, most profitable OSE, most innovative OSE, most complaint SOE, and the OSE of the year.

The last category is the Special Awards category which consists of the most Digital Enterprise and Best Inter Trading Enterprise.

NPP Yendi polls: ‘This election is a sham’ – 11 aggrieved aspirants withdraw from race

NPP Yendi polls: 'This election is a sham' - 11 aggrieved aspirants withdraw from race