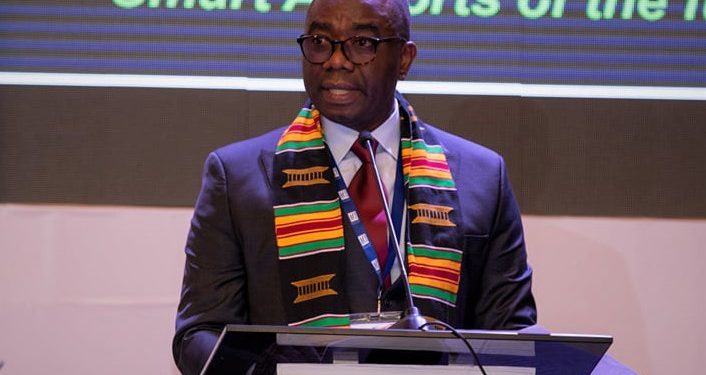 The Minority in Parliament has accused the Minister of Transport, Kwaku Ofori Asiamah of victimizing the former Managing Director of the Ghana Airports Company Limited, (GACL), Yaw Kwakwa.

This follows the inability of the Transport Minister to provide reasons for the dismissal of the former MD when he was asked by some members of the minority in Parliament.

Yaw Kwakwa had his appointment terminated while on a tour with the Transport Committee of Parliament at the McDan Terminal of the Kotoka International Airport.

Speaking on the floor of Parliament, the Minority Leader, Haruna Iddrisu, alleged that the dismissal of the MD was in connection with his dealings with McDan aviation.

“The untimely dismissal was in relation to some developments at the airport between McDan and the GACL, and Mr. Kwakwa insisting on the right being done. The Minister has said that the MD was dismissed as a victim of political victimization.”

But the Transport Minister, Kwaku Ofori Asiamah denied the assertion.

“The minority has made the assertion that the former MD suffered as a victim of political victimization. I reject it entirely”, he said.

Mr. Kwakwa was dismissed in April by President Akufo-Addo without any express reason.

His dismissal came days after a tussle with McDan Aviation over the operationalization of a private jet terminal.

McDan Aviation announced the suspension of its private jet operations at Terminal 1 of the Kotoka International Airport to enable the management of the company to hold talks with the Ghana Airport Company Limited over contentions regarding operational procedures.

This was after the GACL, in a letter dated January 31, 2022, indefinitely barred McDan Aviation from operating its private jet services at the Terminal 1 of the Kotoka International Airport.

Chairman of Parliament’s Roads and Transport Committee, Kennedy Osei Nyarko, shot down suggestions that Yaw Kwakwa, was relieved of his post following the scrimmage with McDan Aviation.

Kennedy Osei Nyarko, also the Member of Akim Swedru on Citi TV’s parliamentary magazine show, The Chamber, said there is no basis linking the termination of Mr. Kwakwa’s appointment to the McDan tussle adding that such an assertion is only a figment of one’s imagination.

“I don’t want to believe those notions people are trying to make out there. These are some conjectures people will make. I can tell you for a fact, I don’t think it’s because he [Yaw Kwakwa] touched McDan”, he said.