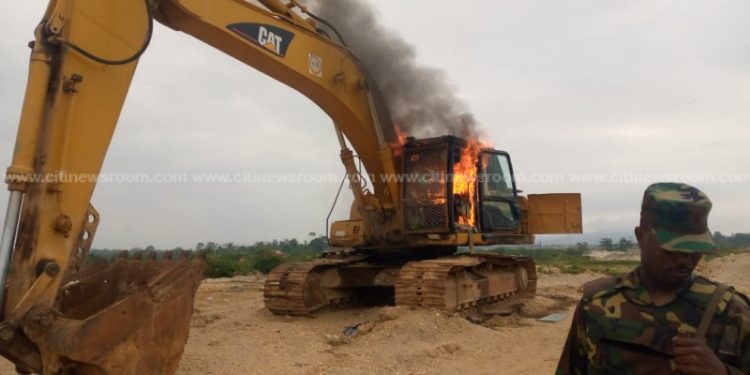 The government says it is ready to compensate persons whose homes were burnt during an anti-galamsey operation by some military officers at Ntobroso in the Ashanti Region.

“We will sit and possibly if there is the need for us to compensate, we will do the compensation and make sure there is peace here,” a deputy minister of Lands and Natural Resources, George Mireku Duker, said to Citi News.

He was on a fact-finding mission to the area.

A military detachment in February this year embarked on an operation to clamp down on illegal mining activities at Ntobroso in the Atwima Mponua District of the Ashanti Region.

A house was unfortunately razed down when some excavators parked close to it were burnt by the military – an incident that angered residents in the area.

Some police officers and the District Chief Executive for Atwima Mponua were attacked by some angry residents of Ntobroso.

Officers from the Central Command of the Ghana Armed Forces were in the area as part of the second phase of Operation Halt’s deployment against illegal mining activities.