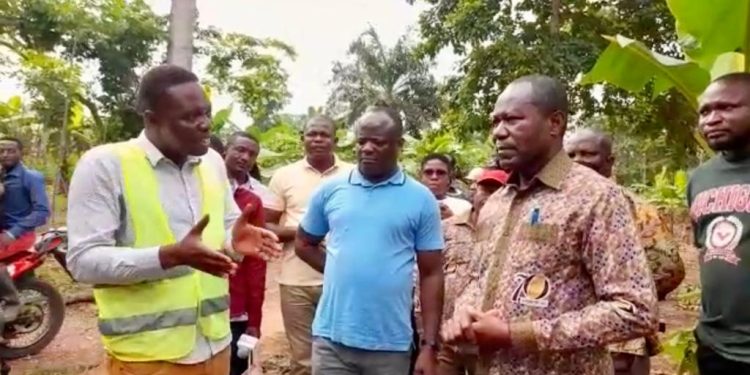 The Chief Executive Officer of the Ghana Cocoa Board (COCOBOD), Joseph Boahene Aidoo says his outfit will soon introduce irrigation facilities to cocoa farms nationwide to address the impact of climate change on cocoa farms.

Expressing COCOBOD’s commitment to irrigate all cocoa farms during a two-day tour of replanted cocoa farms in the Sefwi area, Boahene Aidoo said the procurement for the irrigation is at a very advanced stage.

The COCOBOD CEO added that the replanted cocoa farms are not growing as expected due to the climate, hence will soon commence the irrigation programme to remedy it.

“Cocoa farming depends on water. What we do is rain-fed agriculture and as you can see the development of this farm should have grown better than you are seeing now, but because in the past months there hasn’t been any rainfall which has affected the progress of the farm. So with climate change, what we want to do is to bring in irrigation. Already, we are in the procurement process of getting irrigation [facilities]. Some of such farms which are contagious with 145 hectares, it makes it easier to install irrigation [facilities] and that is going to be our first effort towards countering the climate change,“ he said.

The COCOBOD CEO who was also installed as Cocoa Nkosuohene at Kumikrom-Bankyease in the Sefwi Bibiani-Awiaso-Bekwai Municipality during the tour, said the unprecedented cocoa rehabilitation programme under this administration is the reason the people have installed him as the Cocoa Nkosuohene. 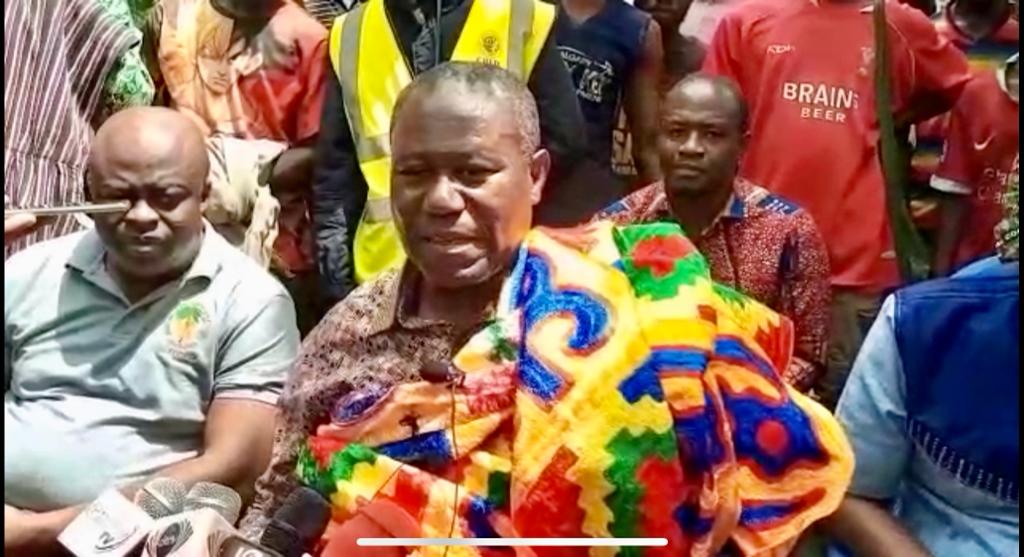 “I think what is happening here is a manifestation of the recognition of what has happened at this place, that is the rehabilitation has been very successful. We started this farm about three years ago and the cocoa trees have started fruiting. We can also see that the economic trees have all sprung up and are giving a new outlook of this place. An agro integrated forestry that you see at Bankyease is a very wonderful farm. The enthusiasm among the farmers here means that they are all happy. This place used to be a devastated CSSVD farm, however today, we have a different environment. The greening is obvious and in recognition of that they have made me a chief that is cocoa development chief”, he added.

Joseph Boahene Aidoo, while appreciating the people for the honour done him also commended his staff for their hard-work.

“I appreciate this, and it’s also something which I have to share with my staff. It means that our staff here have worked very well and more so the gangs have all done well. The outcome of what we are seeing is just the effort that we put in, so am grateful to everybody”, he noted.