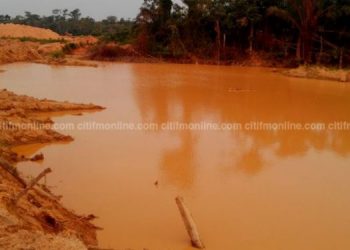 The government is yet to commission the wardens who will man speed boats it recently acquired to help fight illegal mining on river bodies.

This was revealed by Deputy Minister for Lands and Natural Resources in charge of Lands and Mines, George Mireku Duker on the Citi Breakfast Show on Wednesday.

According to him, the wardens who will be permanently tasked with addressing the illegal mining of water bodies are still in training.

“The boats have been procured. What we are doing is to train these river wardens who will be permanently placed along the river banks. The Operation Halt is also operating but for the permanent rivers wardens, we’ve not commissioned them yet,” he said.

The disclosure of the planned deployment of water guards to fight illegal small-scale mining on water bodies was first announced in August 2021.

In January 2022, Mr. Mireku Duker at a Meet-the-Press revealed 200 river guards were to be trained and deployed.

He said the operation halt military teams were currently filling up that role until permanent wardens are deployed.

Meanwhile, the deputy minister has said that the government has performed highly in addressing the menace of illegal small-scale mining in Ghana.

According to him, the government’s numerous interventions have prevented the country’s river bodies from drying up.

But for our interventions, I believe we would have dried up all our river bodies by now, and so we really fought hard, and we must continue by moving expeditiously and make sure that we win the battle,” he said in the Citi News interview.

A constitution is a living document; let's review it if need be - Akufo-Addo