Take a cue from VAT to guide implementation of E-levy – Prof. Annim to Gov’t 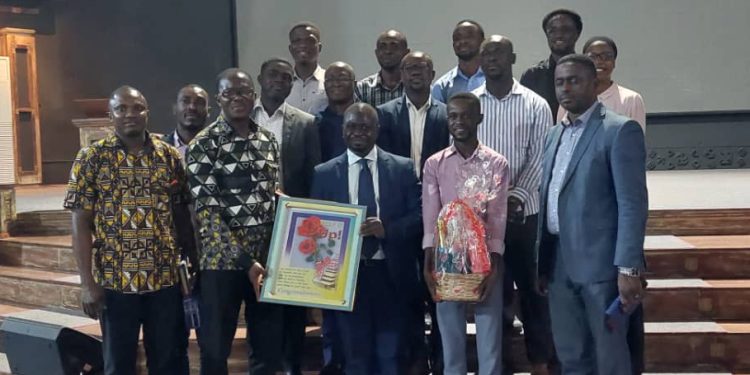 Government Statistician and Professor of Economics at the University of Cape Coast, Professor Kobina Annim, has urged the government to take a cue from how Value Added Tax (VAT) was rolled out years back to help guide the implementation of the newly approved Electronic Transfer Levy (E-levy).

According to him, the E-levy will help improve the country’s Tax to GDP radio but may decline over time, if it is not strategically implemented.

Delivering a lecture at the Central University in Accra, Professor Annim recommended that there should be national criteria for assessing the effectiveness of government policies.

“Irrespective of the gains from E-Levy, it is important to bring in other macroeconomic indicators. We could look at the cost-benefit analysis, sequencing, and hierarchies of these indicators. With the E-Levy in the picture, it is important for us to look at VAT and how it has been managed in terms of buoyancy, efforts, capacity, and productivity to help us better tackle issues around E-levy.”

The lecture is the first in a three-part series that will include an inaugural lecture at the University of Cape Coast.

The lecture was under the theme “Conceptualization of National Policies; Issues of Capacity and Practice.”

He noted that, the introduction and optimism expressed in single policies as the panacea for the country’s economic woes have not yielded the intended purpose over the years.

He concluded that, “it has become imperative to redirect our proclivity in designing less data-informed and standalone policies to rigorous policy conceptualization processes and an assessment of their outcomes and impact.”

The lecture was chaired by the Vice Chancellor Professor Bill Puplampu and it was attended by other academics, researchers and students.

Government is hoping to begin the implementation of the E-levy from May 2022 after it was passed by Parliament in March.