‘We don’t pay enough taxes in Ghana like Europe; E-Levy is nothing’ – Presby Moderator 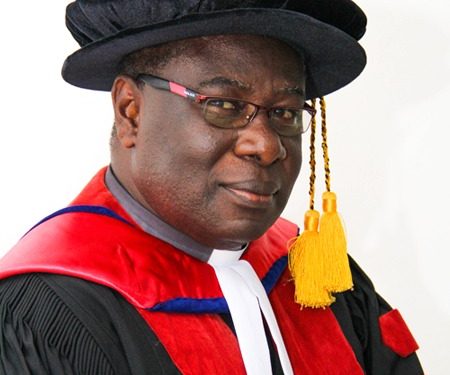 The Moderator of the General Assembly of Presbyterian Church of Ghana, Rt. Rev. Prof. Joseph Obiri Yeboah Mante thinks that  Ghanaians are being overly critical of the Electronic Transfer Levy.

Speaking on the sidelines of the maiden Moderators Academic Excellence Award and Founders’ Day Celebration at the Presbyterian Women’s College of Education in Aburi, Rt. Rev. Prof. Joseph Obiri Yeboah Mante said the tax is nothing compared to what those in developed countries pay.

“Fortunately or unfortunately, I just returned from Europe. After visiting several cities, I realised our that E-Levy is nothing compared to the percentage of taxes they pay. I was discussing with my colleagues back in Europe that if Ghana will ever be as nice as those places, we would have to be willing to make some sacrifices. I have heard Ghanaians complain that they do not see the impact government makes with the taxes they already pay. Well, the taxes we currently pay is too little.”

Rt. Rev. Prof. Yeboah Mante further challenged Ghanaians to treat the tax measure devoid of politics, explaining that the government has been given the benefit of the doubt, considering the country’s scarce resources.

He however advocated a change of government if the E-levy is not used appropriately.

“Most Ghanaians are not ready to pay taxes. They want everything to be done for them. They say they do not see what the little tax they pay is used for. The tax we pay is too small. I wish that Ghanaians will not play politics with E-levy. One thing I will say is that, let’s try and see how it goes. If we try it, and it is used to develop Ghana, that’s fine. But if the money is taken, and they don’t develop Ghana, we vote them out.”

The implementation of the E-levy was originally expected to help bring in about GH¢6.9 billion this year to shore up the government’s revenue.

The government is expecting to use the revenue raised from the levy to provide jobs, improve infrastructure and seal some economic loopholes.

The implementation, which is due on Sunday, May 1, 2022, has left many anxious.

The Ghana Revenue Authority (GRA), the implementer, has announced that it will proceed with the implementation but in phases.

This is in spite of the fact that some members of the Minority in parliament have filed a suit at the Supreme Court challenging the passage of the levy and subsequently filed an injunction to stop the implementation of the levy.