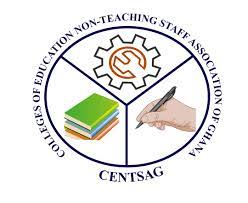 The Colleges of Education Non-Teaching Staff Association of Ghana (CENTSAG) has urged government to ensure that it addresses the concerns of its members within one week.

The Association suspended its four-day strike for a meeting with the National Labour Commission, the Ghana Tertiary Education Commission and other relevant bodies, in a bid to resolve outstanding issues.

In an interview with Citi News, the National Secretary of the Association, Samuel Opoku, said he’s hoping their concerns would be addressed.

“We were asked to call off the strike so that we can engage with our employer, so we have suspended the strike pending negotiations with the government team. National Labour Commission gave us one week, and we have engaged extensively with Ghana Tertiary Education Council, and we are ready to come up with a Memorandum of Understanding. So work has started and we hope that by the end of the one week as we’ve been given by the National Labour Commission, the issues will be resolved,” Samuel Opoku said.

Members of the Colleges of Education Non-Teaching Staff Association of Ghana embarked on an indefinite strike from Monday, April 11, 2022.

This follows what the association describes as the reluctance of the appropriate authorities to act on their demand for better conditions of service.

They said their strike was grounded on various issues including wrong placement of First Degree Holders; Non-payment of migration arrears, exclusion of payment of Generic Allowances, partial payment of Office Holding Allowances, and non-payment of Interim Market Premium arrears.

They, however, suspended the strike on Thursday, April 14, 2022, to negotiate with the government for a possible permanent resolution of the issues.