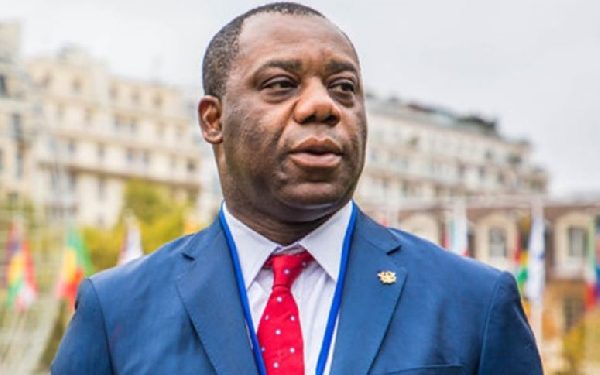 Energy Minister, Dr. Matthew Opoku Prempeh, has warned that his outfit will not tolerate attacks on staff of the Electricity Company of Ghana and the Northern Electricity Distribution Company (NEDCo).

There is tension between residents of Koblimahagu in Tamale in the Northern Region and NEDCo over allegations of power theft.

A NEDCo staff sustained cutlass wounds after he was attacked by a resident over power theft claims.

The Minister said these attacks are uncalled for and will attract sanctions against perpetrators.

“The attack on ECG staff, or NEDCo staff, the butchering of NEDCo workers, because they are doing their normal duty, is not going to be tolerated,” the Minister warned during a press conference.

The Minister also expressed concerns about revenue losses at the Electricity Company of Ghana (ECG) due to illegal connections.

He said the ECG is losing nearly 3.2 billion as a result of illegal connections.

“The amount of money ECG doesn’t collect, from figures within ECG, their commercial losses and their collection losses and theft, those who are bypassing their meters, is costing ECG nearly GHC 3.2 billion. So if ECG loses 700 million dollars, which company can be viable.? That ECG loss is our inability to pay, unwillingness to pay and power theft.”

As part of a special national operation to recover part of the hefty debt on its books from clients, ECG has listed some 29 private and public institutions to be disconnected from the national grid.

Most of these institutions have either received “demand or disconnection notices” from ECG.