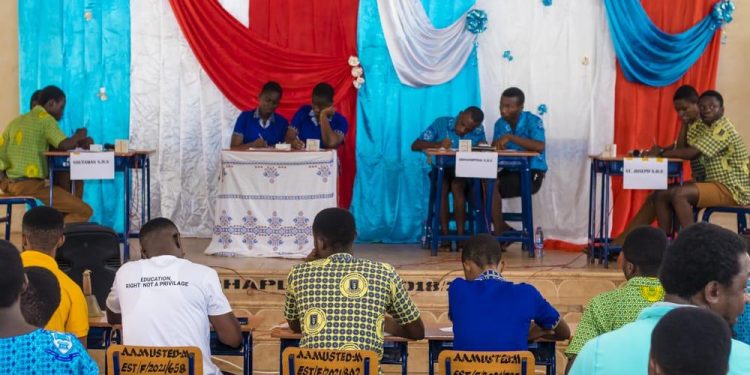 The leadership of the Local National Union of Ghana Students (LNUGS) of the Akenten Appiah Menka University of Skills Training and Entrepreneurial Development( AAMUSTED), Asante Mampong Campus, has held an inter-Senior High School quiz competition among the four schools in Asante Mampong catchment area to boost the teaching and learning of STEM.

It was also aimed at promoting healthy academic rivalry among Senior High Schools in the Mampong municipality.

The local NUGS President for AAMUSTED, Bridget Bansah, said, “this contest will ensure healthy academic rivalry among the competing schools and also the promotion of STEM education. As the NUGS President of my institution, I think I must create that competitive learning platform for students within this jurisdiction to engage with their colleagues from other institutions on what they’ve been learning in their respective schools, and we look forward to seeing them at the highest educational level in the future.” 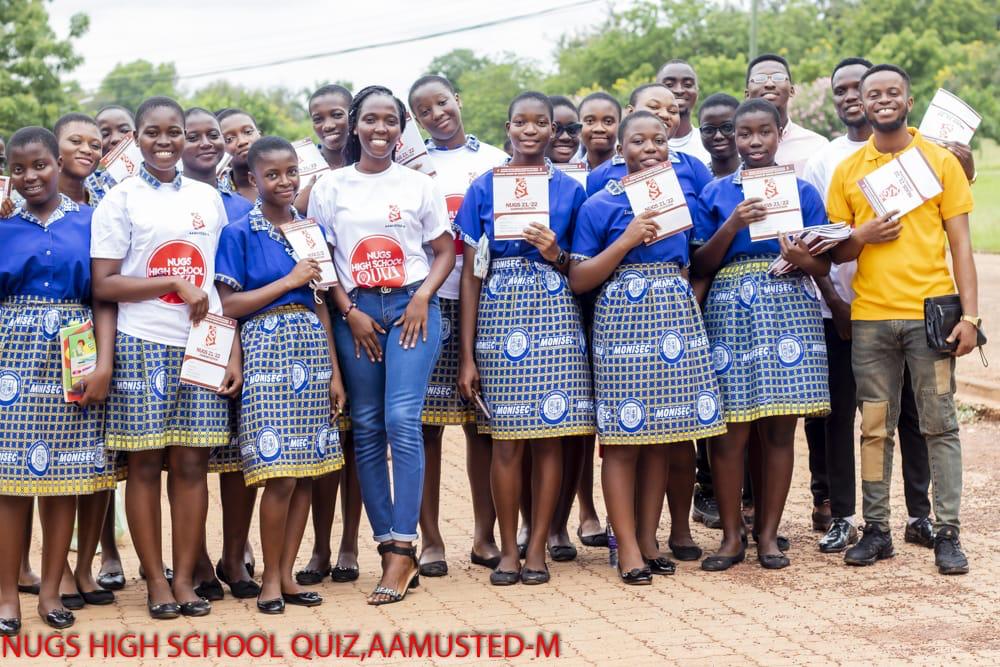 She added that the union is hoping to make this an annual affair to strengthen the existing bond of friendship among the competing schools and the host university.

At the end of the contest, St. Monica’s SHS emerged the winner with 51 points, followed by Amaniampong SHS with 46 points and Nsutaman Catholic SHS, third, with 33 points, with St. Joseph Seminary SHS placing fourth with 25 points.