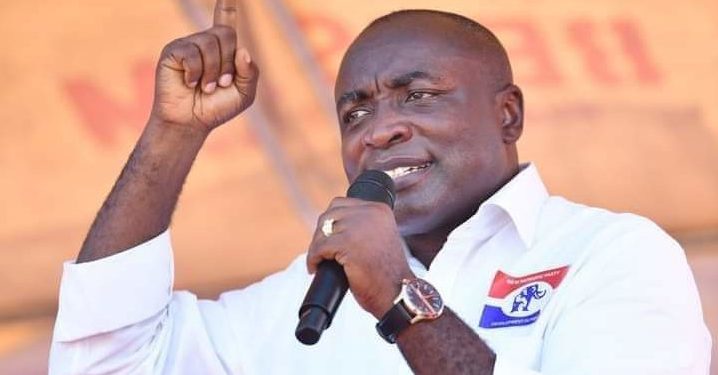 Former General Secretary of the governing New Patriotic Party (NPP), Kwabena Agyepong, is urging government officials and the public to desist from taking actions that negatively affect the environment.

Mr. Agyepong described as unfortunate the situation where many open spaces, especially in Accra, are being concretized, making it difficult for rain-water percolation leading to flooding.

Speaking on Asempa FM on the controversial declassification of parts of the Achimota Forest reserve, Mr. Agyepong, a trained environmental engineer, said Ghana’s green belts must be left intact and not given to private people.

“I am an environmental engineer, so I know the green cover is very important. If you look at the map of Accra since 1900, we’ve lost about 60% of the green cover. Today, we’ve cleared everywhere and when it rains, there is no percolation into the ground and that is causing a lot of the floods we see. The pre-development ecosystem is too damaged. We all have a role to play,” he said.

He further chastised government officials in the business of selling out State lands to private developments, which he said has led to the State making very little to no profit.

“Many lands of the State, somehow, they’ve all been sold to private developers. All these developments in Cantonments, Labone, should have made the government rich. If it is true that the part of the forest is being given out, I disagree with it. We have to protect the environment. Some people think this is an opportunity to sell lands to private individuals,” he noted.

We have no control over rising food prices – Agric Ministry

We have no control over rising food prices - Agric Ministry