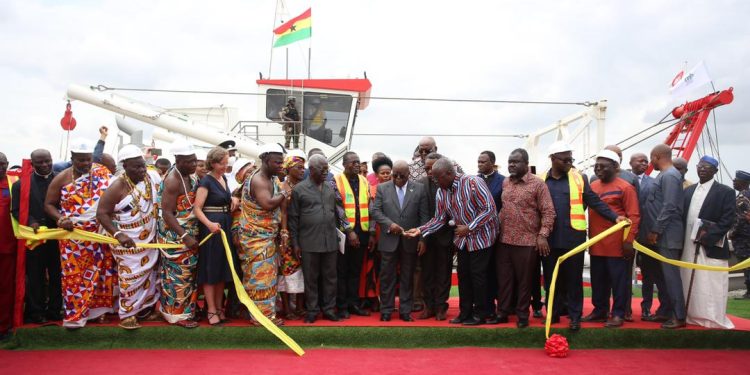 Unveiling the dredging equipment at the parking yard of DML at Adjei Kojo in Ashaiman, Accra on Wednesday, May 25, 2022, the President said this new fleet of DML will not only help curb the yearly flooding in Accra but also improve marine lives. 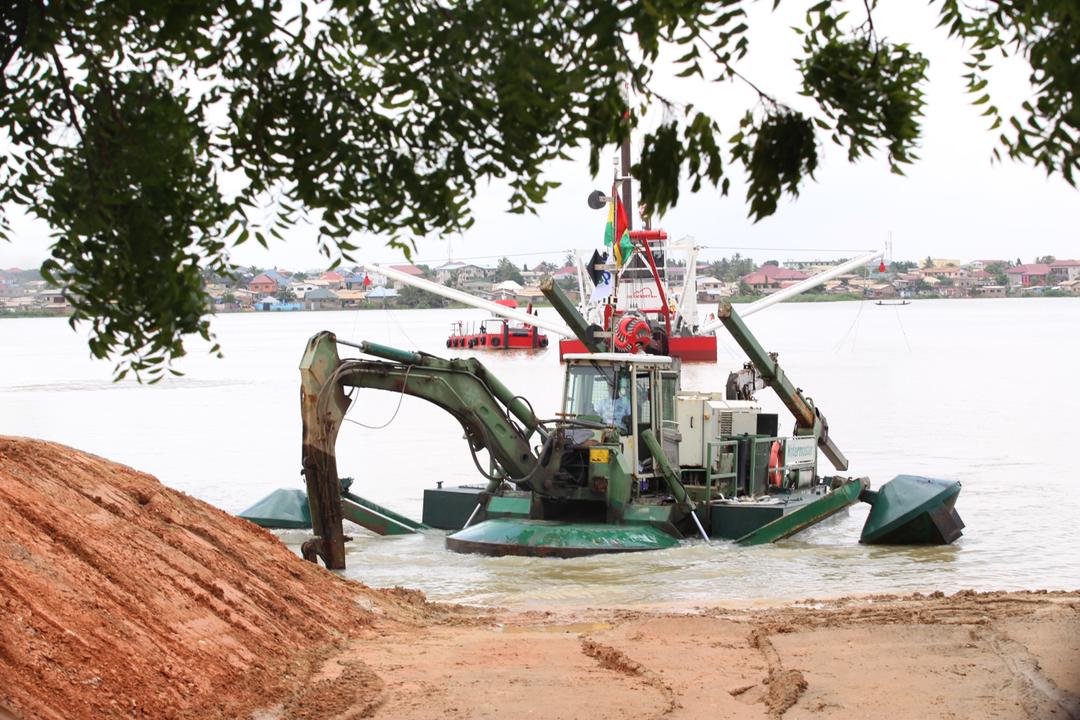 He commended Dredge Masters for their continuous role in supporting his government’s quest to find a permanent fix, especially to the perennial flooding in parts of Accra.

He indicated that dredging companies have traditionally contributed to coastal protection. 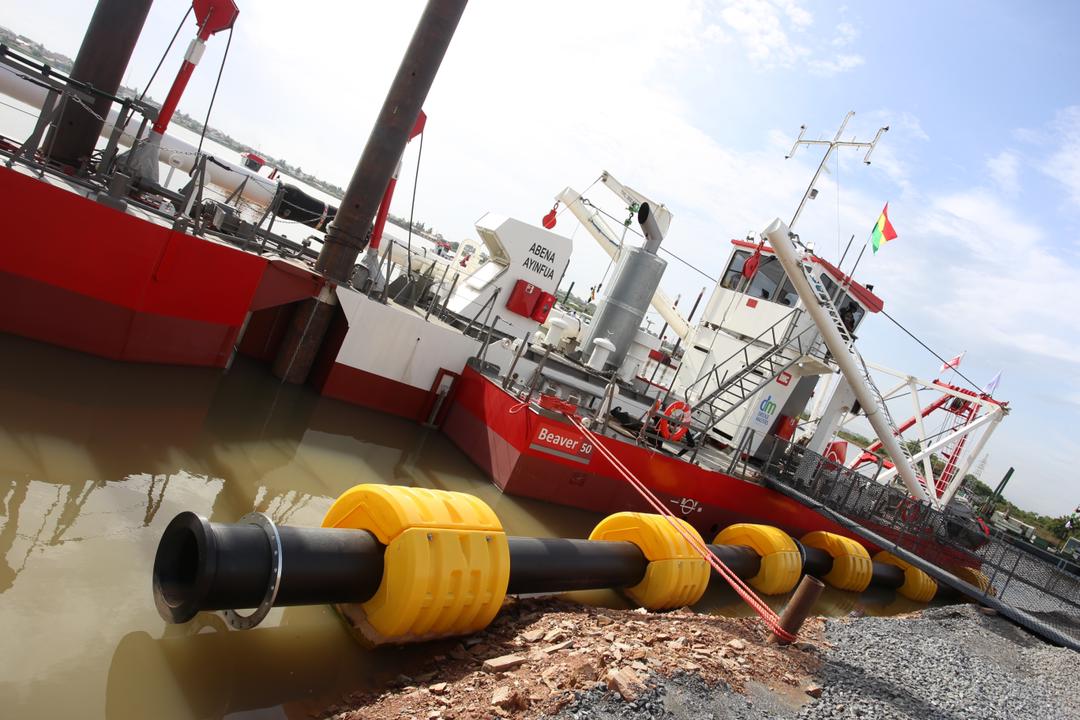 “For us in Ghana, Dredge Masters has made significant contributions in this area, and the introduction today of the two ultra-modern IHC Beaver 50 dredgers means that Ghana, within the West African market, has her own indigenous company which can dredge to a depth of 16 metres,” he disclosed.

With this development, the President pointed out that Ghana will not need to look outside anymore when it comes to the dredging of dams, reservoirs, ports, harbours, and land reclamation activities. 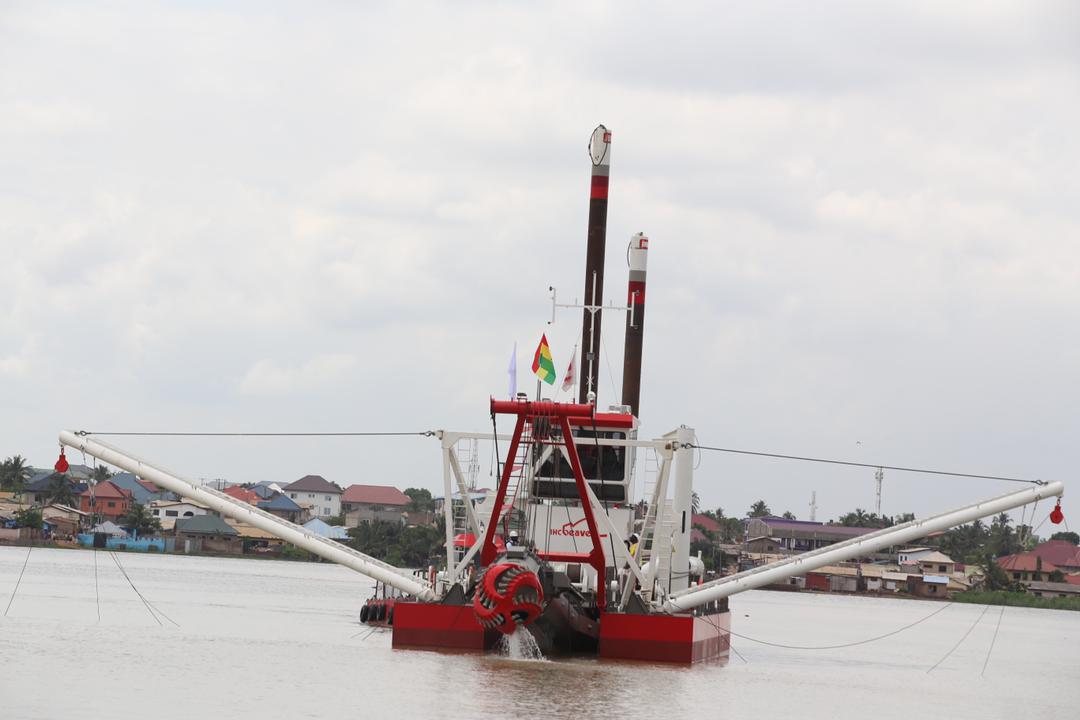 According to him, since 2017, his government has invested GH¢450 million in various flood-control measures, all in an effort to end flooding in the capital city.

Climate change, he said, was already in Africa, noting that this was being witnessed in the unprecedented floods in West Africa, depletion of forests, and vastly altered rain patterns that are threatening agriculture production and food security, among others. 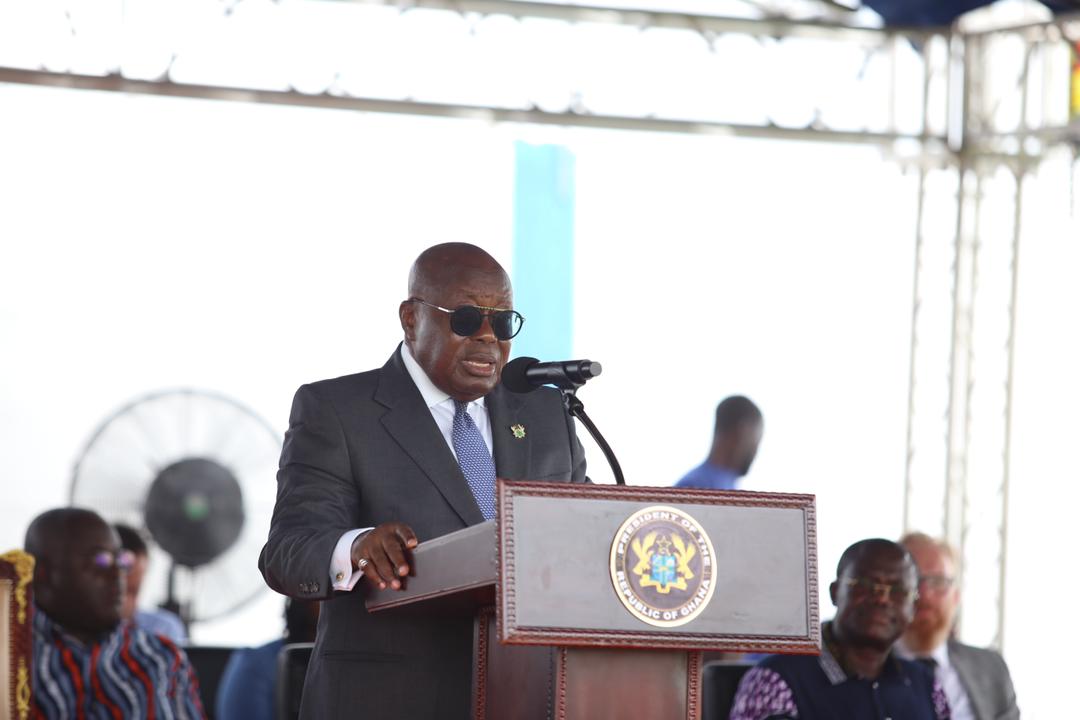 “All these are undermining Africa’s ability to grow and develop to bring prosperity to its people,” he said.

He reaffirmed that his administration was committed to creating an enabling environment not only for the private sector to survive but also to thrive. 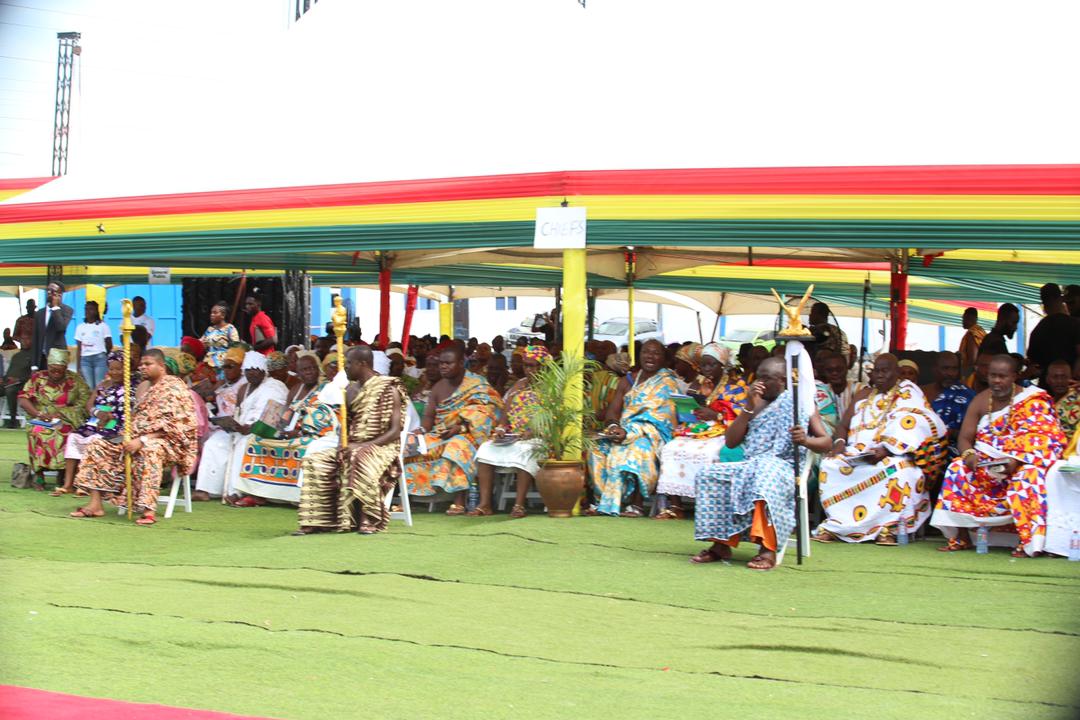 President Akufo-Addo used the chance to charge all Metropolitan, Municipal, and District Chief Executives (MMDCEs) to ensure regular desilting of drains and gutters within their jurisdictions to allow the free flow of water during the rainy season. 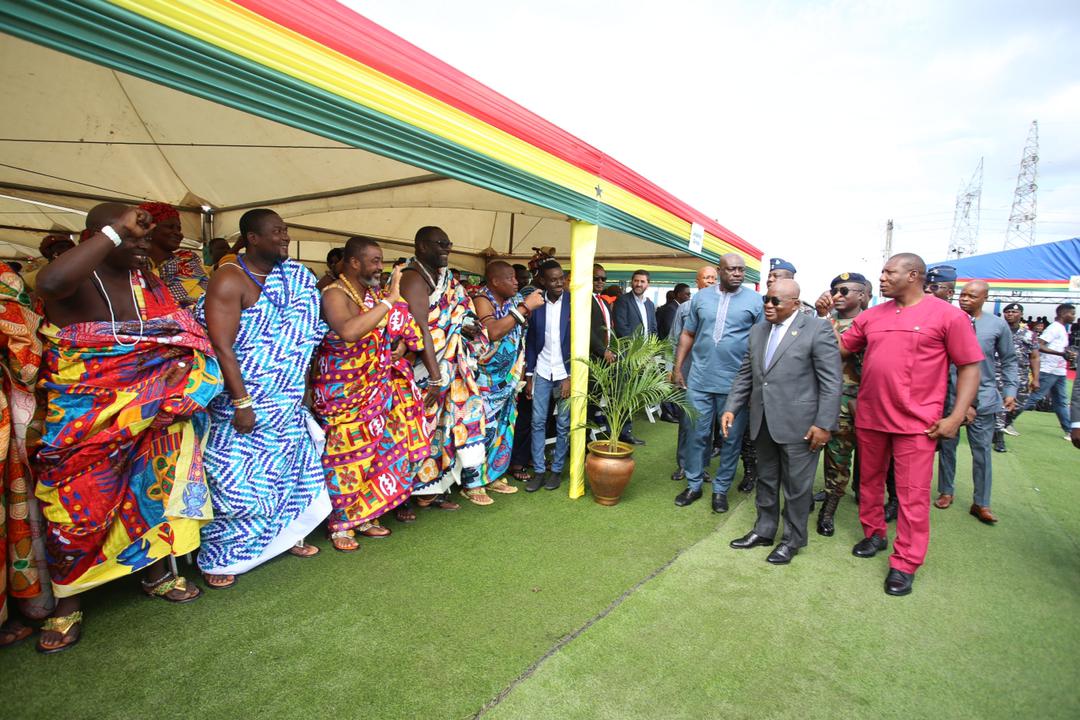 In this regard, he urged them to lead in the demolition of all unauthorized structures built on waterways.

“Any MMDCE who fails to carry out this exercise across the country would be held accountable,” he sternly warned. 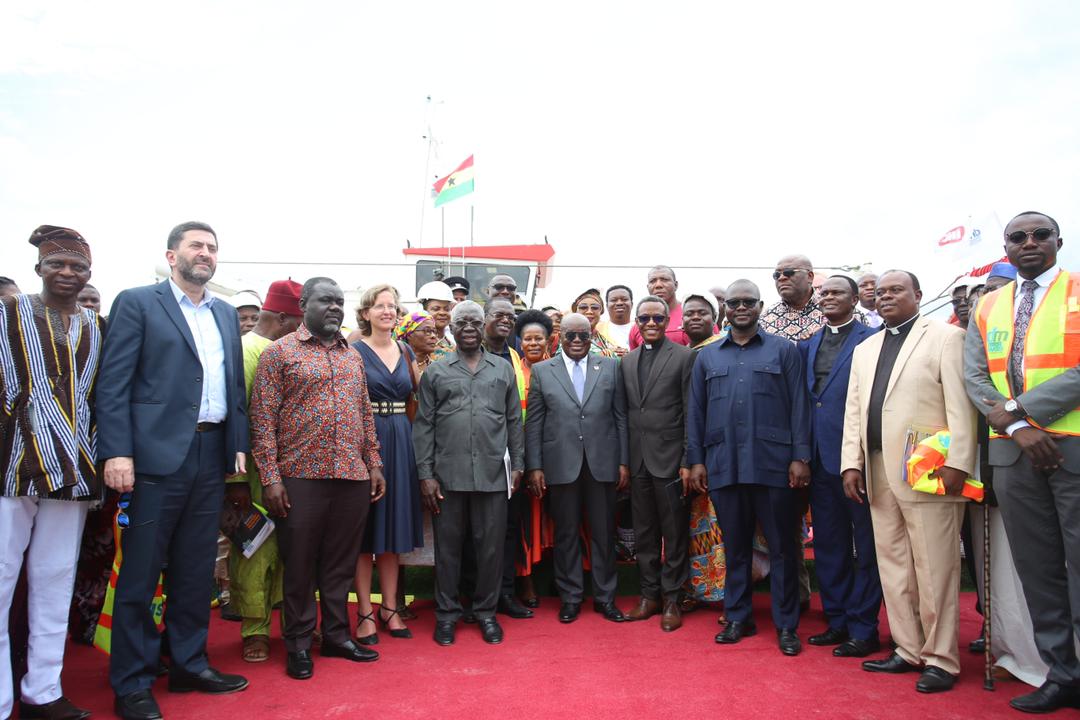 The Minister for Works and Housing, Francis Asenso-Boakye, in a brief remark, lauded DML’s contributions towards tackling flooding in Accra.

While admitting that flooding in Accra has become an annual ritual that continues to pose grave risks to lives and properties, he admonished Ghanaians to desist from practices that further compound the phenomenon. 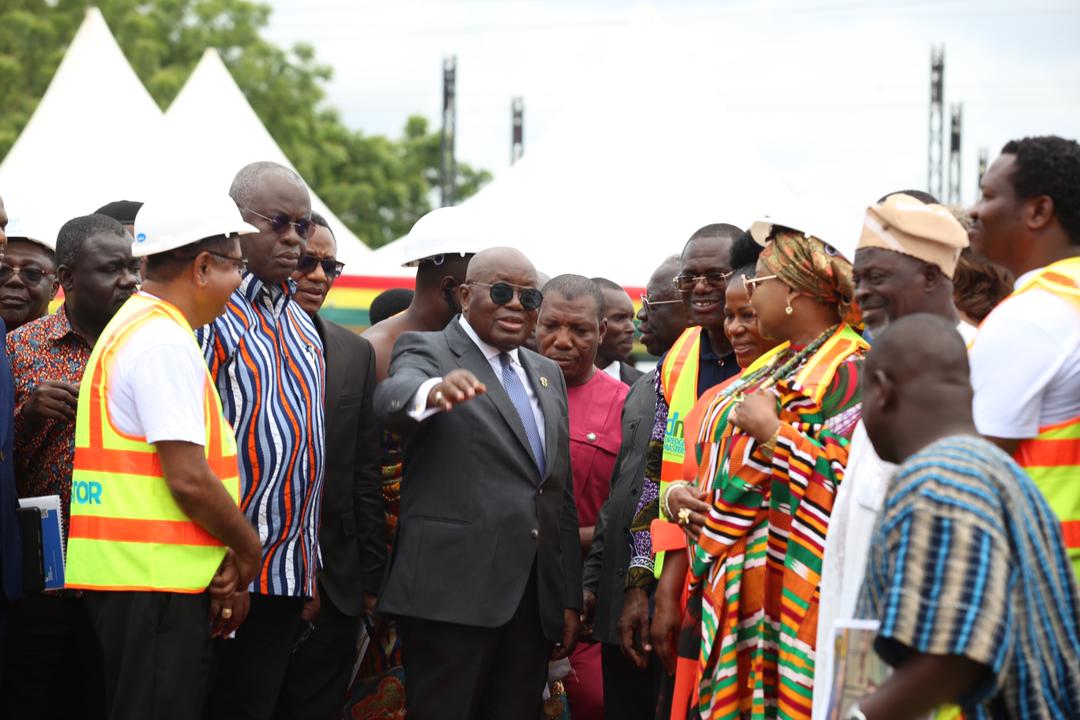 “We remain committed to partnering with DML to address the flooding problem in Accra and other parts of the country,” he assured.

On his part, the Minister of Transport, Kwaku Ofori Asiama, announced that his ministry will seek a very strong collaboration with DML to develop the Volta Lake to inure to the benefit of the people of the region and the country as a whole.

In his welcome address, the Executive Chairman of the JGC, Dr. Joseph Siaw Agyepong, indicated that the IHC Beaver 50 is a piece of ultra-modern dredging equipment, which is a top of the range equipment for dredging in the world.

He said these two beavers come to augment the already existing fleet of DML. 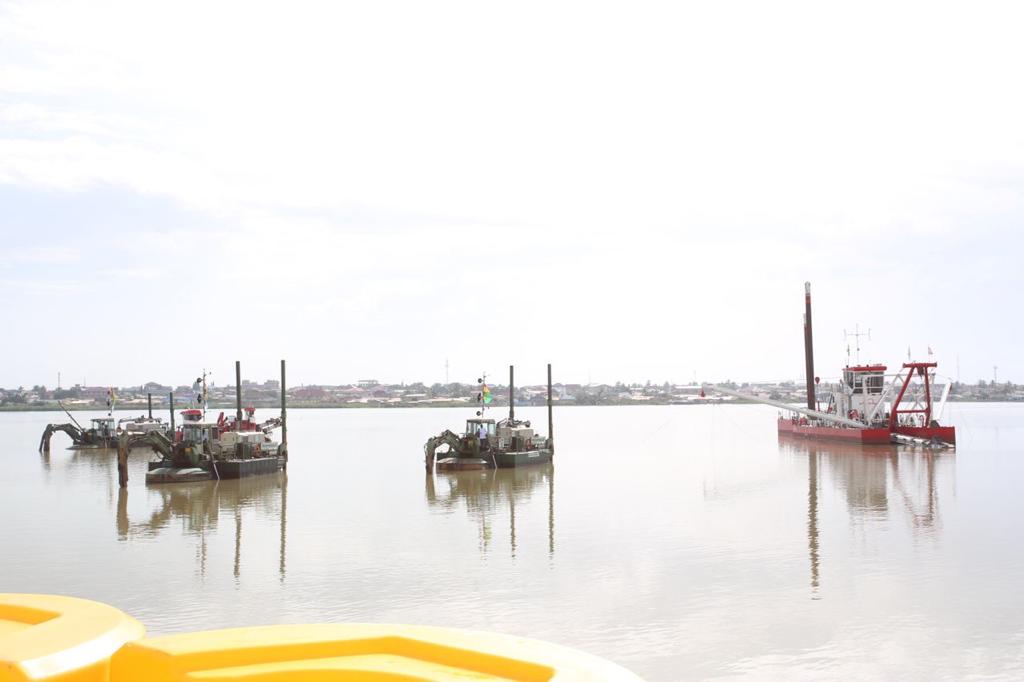 “Dredge Masters Limited is introducing these Ultra-Modern IHC Built Cutter Suction Dredgers 5014/16 (Named Akua Boahenmaa and Abena Ayinfua) and associated Marine equipment which brings the capability of dredging up to 16 meters deep and the capacity to carry out large scale reclamation.”

“…The total investment by the company in all marine equipment stands at 54 million Euros,” he disclosed. 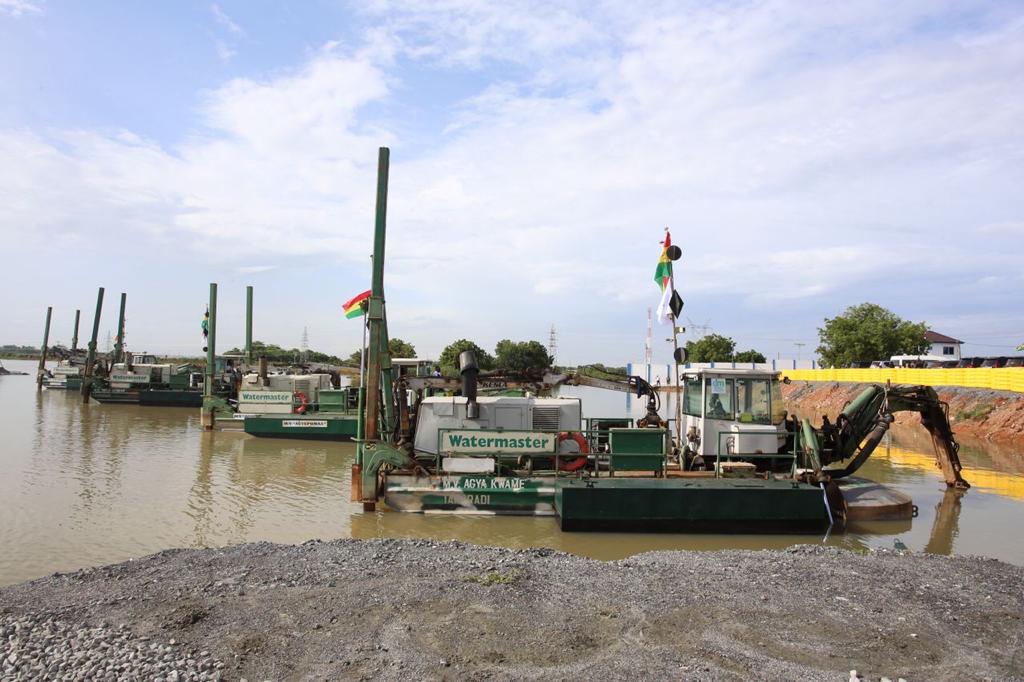 The dredgers, he explained, can undertake mega projects at ports and harbours, reservoirs and dams; reclamation of land from sea, environmental and climate change mitigation works, and flood control.

According to Dr. Siaw Agyepong, Dredge Masters Limited started with the acquisition of four ultra-modern amphibious dredgers from Aquamec.

“These dredgers along with long boom excavators, barges, and earth moving equipment dredged from Odaw Channel to the Korle lagoon (from Caprice to the sea) to restore the hydrological capacity of the channel. The fleet has been augmented with two more amphibious dredgers, long booms, and other equipment over the years. Today, we have over 70 units of various dredging equipment,” he further disclosed.

He assured of his dredging company’s commitment to quality, sustainability, environmental protection, and upholding high standards.

“The company is also fully committed to achieving the Sustainable Development Goals (SDG) in all its endeavours,” he added.