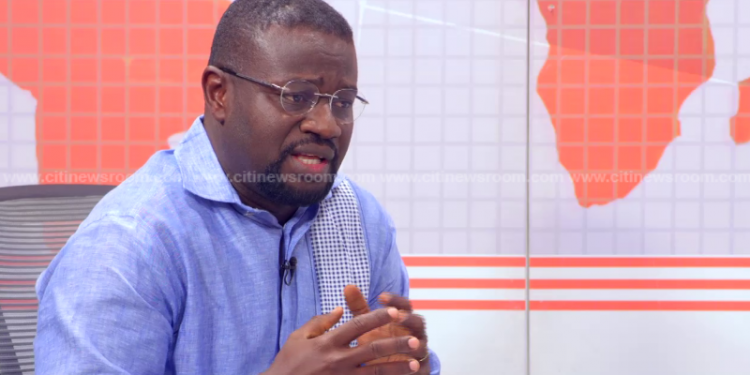 The Majority Chief Whip and  Member of Parliament for Nsawam/Adoagyiri, Frank Annoh-Dompreh has no doubt in his mind that Vice President, Dr. Alhaji Mahamudu Bawumia will be the flagbearer of the New Patriotic Party and win the 2024 polls.

As the NPP prepares to choose a successor to President Akufo-Addo as flagbearer of the party, many believe that the front-runners are Dr. Bawumia and Trade and Industry Minister, Alan Kyerematen.

Frank Annoh-Dompreh however made an open choice of Dr. Bawumia as his favourite.

He made the declaration at a conference to elect the constituency officers for the NPP in the Nsawam/Adoagyiri constituency.

“John Mahama has done his part. He should leave and not contest again, but by God’s grace, the next president of Ghana will be Dr. Bawumia,” he said.

Watchers of the political space in Ghana say the NPP’s flagbearership race will be a defining moment for the party, as it will make or break the party.

The National Chairman of the party, Freddie Blay has already said he believes the party will come out of the much-anticipated race unscathed and more formidable to win the 2024 polls.

“Definitely, it’s not going to be easy. In 2008 when the party went into its internal elections, the candidates were as many as 17. I believe that this year, they will be far less.”

“We need togetherness, we sometimes need to put our differences somewhere and support the candidate that can break the 8. Breaking the 8 is not just a slogan, but it’s going to be a reality,” he said in a Citi News interview.