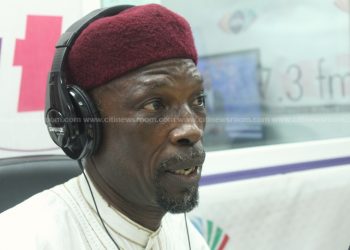 The National Chief Imam, Sheik Osmanu Nuhu Sharubutu, has advised Muslims to be measured in the Eid ul Fitr celebrations in order not to lose the essence of the 30-day fasting.

Muslims ended the fasting period on Monday and are to crown it with the Eid celebrations today, Tuesday.

In a Citi News interview, the Spokesperson for the National Chief Imam, Sheik Aremeyaw, said Muslims should mark the day in accordance with the law and their religion.

Each year, billions of Muslims around the world fast during the month of Ramadan.

Ramadan is the holiest month in the Islamic calendar. It begins with the sighting of the moon.

Fasting in Ramadan involves abstaining from eating, drinking, smoking, and sexual relations from dawn to sunset.

Ramadan for Muslims is a month of reflection, and self-improvement in relation to one’s behaviour towards other people, oneself, and Allah.

It is also a way to show solidarity with millions of poor people who cannot afford a four-square meal.

Muslims begin the fast before the call to the Fajr prayer after they are done with suhoor and fast till the setting of the sun after the call of Maghrib evening prayer.

Children, the elderly, travelers, pregnant women, and people who are suffering from chronic illness are, however, excused from fasting, but they are required to make up the fasting later or compensate by feeding the hungry in proportion to the fast they had missed.