Bolt rewards over 100 drivers to mark May Day 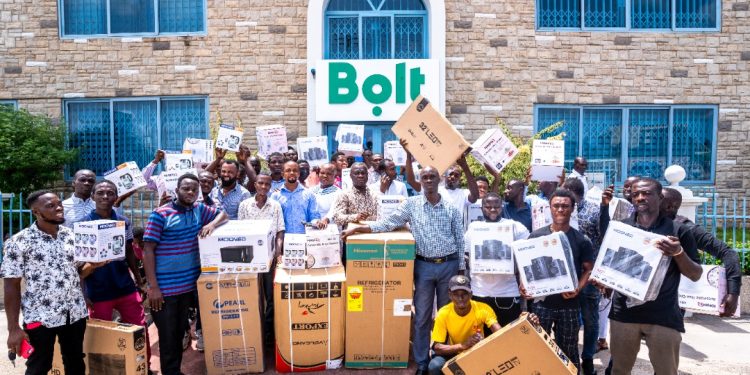 Many employees have in the last two years, despite the challenges brought about by the COVID pandemic, punched above their weight in accomplishing organisational goals. While some get appreciated for their hard work, others have remained in obscurity.

During this period, many hardworking employees have also lost their jobs or are experiencing various challenges as the country and continent grapples with the economic impact and recovery from COVID-19.

But those who have kept pushing the limits during these tough times have made their organisations win and earned praises. Bolt is full of such heroes who continued believing in the ride-hailing opportunities amidst lockdowns and restrictions.

Further Bolt can evidently say that many people across the country opted to sign up to drive with Bolt to make a living. And what a great decision that has been. Bolt celebrates these gallant men and women.

As the leading ride-hailing platform in Ghana, Bolt is also keen on giving drivers great value and a rewarding opportunity to impactfully serve riders. In light of this, it has taken up the mantle to embark on inspiring ‘Driver Reward programmes’ offering thrilling discounts and weekly promos among others to benefit our drivers. For Bolt, drivers are a key stakeholder and remain at the centre of the business.

According to David Kotei Nikoi, Country Manager, Bolt Ghana, “To help mark International Workers’ Day, we at Bolt have decided to reward more than 100 drivers within the golden triangle across Ghana with appliances such as fridges, gas cookers, microwaves, cookers, television, home theatres, kettles, and many others, for their impactful, gallant, and undisputed service rendered to riders and to Bolt as a brand. We do not take such heroes for granted because we here at Bolt are who we are because of them”.

Speaking of rewarding such heroes at Bolt, we won’t do justice to this subject and such heroes to mark the handovers if we do not commend Philip Mensah, a Bolt driver who returned a whopping sum of Ghc 30,000 found in his car back to the rider despite the country’s economic situation.

According to Philip Mensah, “As for me, I am someone who is not envious, and moreover I had a certain senior brother who died, but before he died he told my father he wanted to see me and have a chat with me and when I went all he told me was ‘’what is yours is yours’’ and I asked him what he meant by that and he explained saying what is yours is only yours and don’t go near what is someone else’s. So that statement has been in my head for the past 4 to 5 years”.

For such benevolence and an act of integrity to the Bolt brand and the rider, Bolt has rewarded Philip with a 4-burner gas cooker and a cash prize of Ghc1,000.

Drivers will forever remain a priority at Bolt, and in line with this, Bolt will constantly look for ways to add more value to them. Drivers with Bolt will continue to earn good money with their vehicles every day.

There is always Bolt around the corner so the next time you want to move around the city, request Bolt and contribute to adding value to their entrepreneurial journey.

As the world concluded Workers’ Day, we celebrate all our stakeholders, especially drivers for the great work they continue to do in helping Bolt riders move around, smartly.

‘We’ll continue our strike until our demands are met’ – CLOGSAG 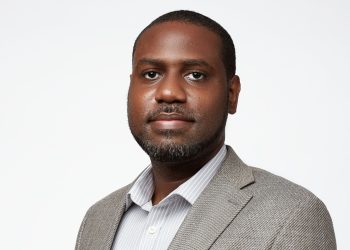 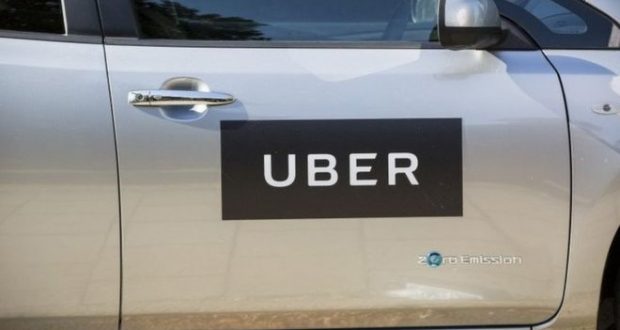 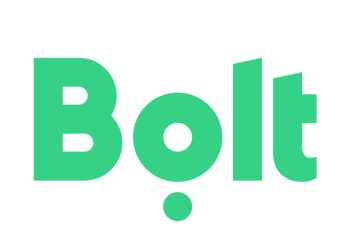 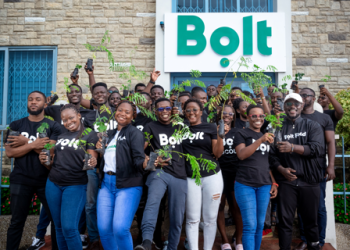 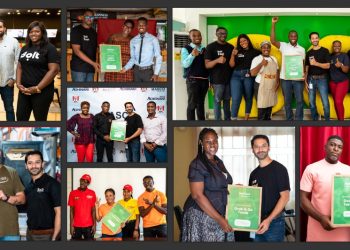