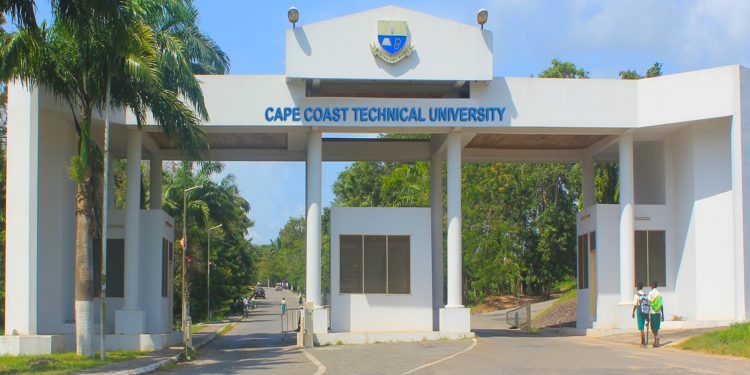 Authorities of the Cape Coast Technical University are asking the Ghana Police Service to fastback its investigations into the gruesome killing of a level 300 female student of the school.

The student, 24-year-old Nana Ama Clark, a marketing student, was found dead in a pool of blood at OLA, a suburb of Cape Coast, around 9:00 pm, last Friday.

The management of the Cape Coast Technical University says it is saddened by the news of the killing of its student.

“Management of the University calls on the Ghana Police Service to expedite action on its investigation and bring the perpetrators of this gruesome murder to face the full rigours of the law”, the school said in a statement.

The lifeless body of the student was found with the vagina removed.

It is suspected that her missing parts may have been used to perform rituals, but the police are yet to confirm that, as they say, they have started investigations.

“On behalf of the University, Management wishes to extend its deepest and heartfelt condolences to her family, friends and loved ones”, the statement added.

In the meantime, the boyfriend of the deceased has been remanded by a Cape Coast Circuit Court.

The suspect, Nicholas Ato Bronk Taylor, was arraigned on Monday morning and was remanded into police custody to reappear on May 31, 2022, at the Cape Coast District Court B.