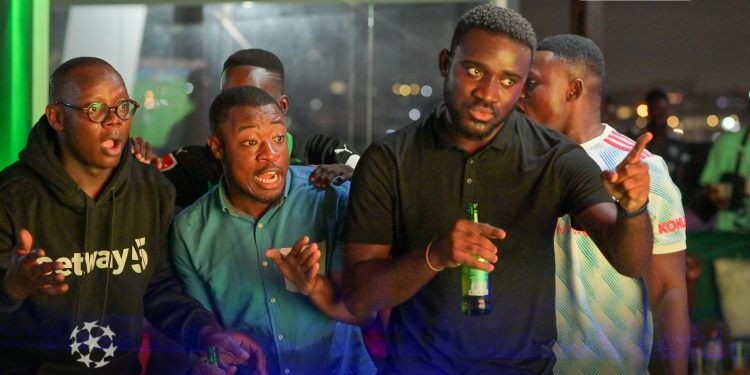 Real Madrid and Liverpool captivated millions around the world in the UEFA Champions League final this weekend but, bar the Stade de France, no viewing location for the game could surpass the atmosphere at Number 11, Dr Morton Loop, in Adabraka.

Saturday’s final might have been played at the home of Les Bleus but there were definitely no blues during Citi Sports‘ UCL Final viewing party, well unless you are a Liverpool fan. 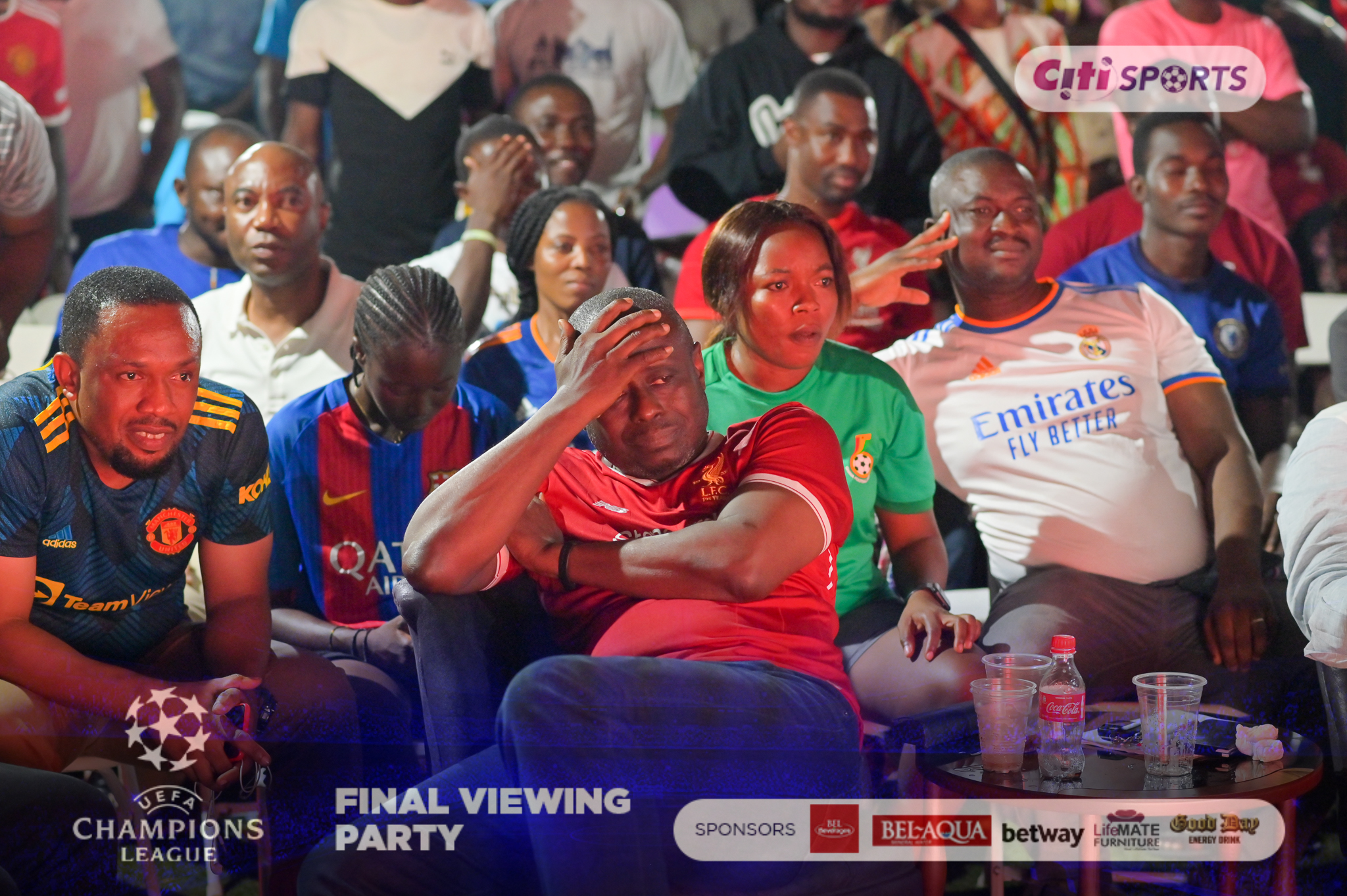 But even the disappointed Reds fans would admit that the night’s event at the rooftop of Citi TV was not a bad way to see your team lose a European final.

Even though the attendance for the event was limited to 100, the delirium from fans before the game made the crowd seem much larger than it actually was.

The delayed kick-off due to security concerns only heightened the anticipation from the crowd gathered.

It wasn’t just Liverpool and Real Madrid fans who were at the event, however. 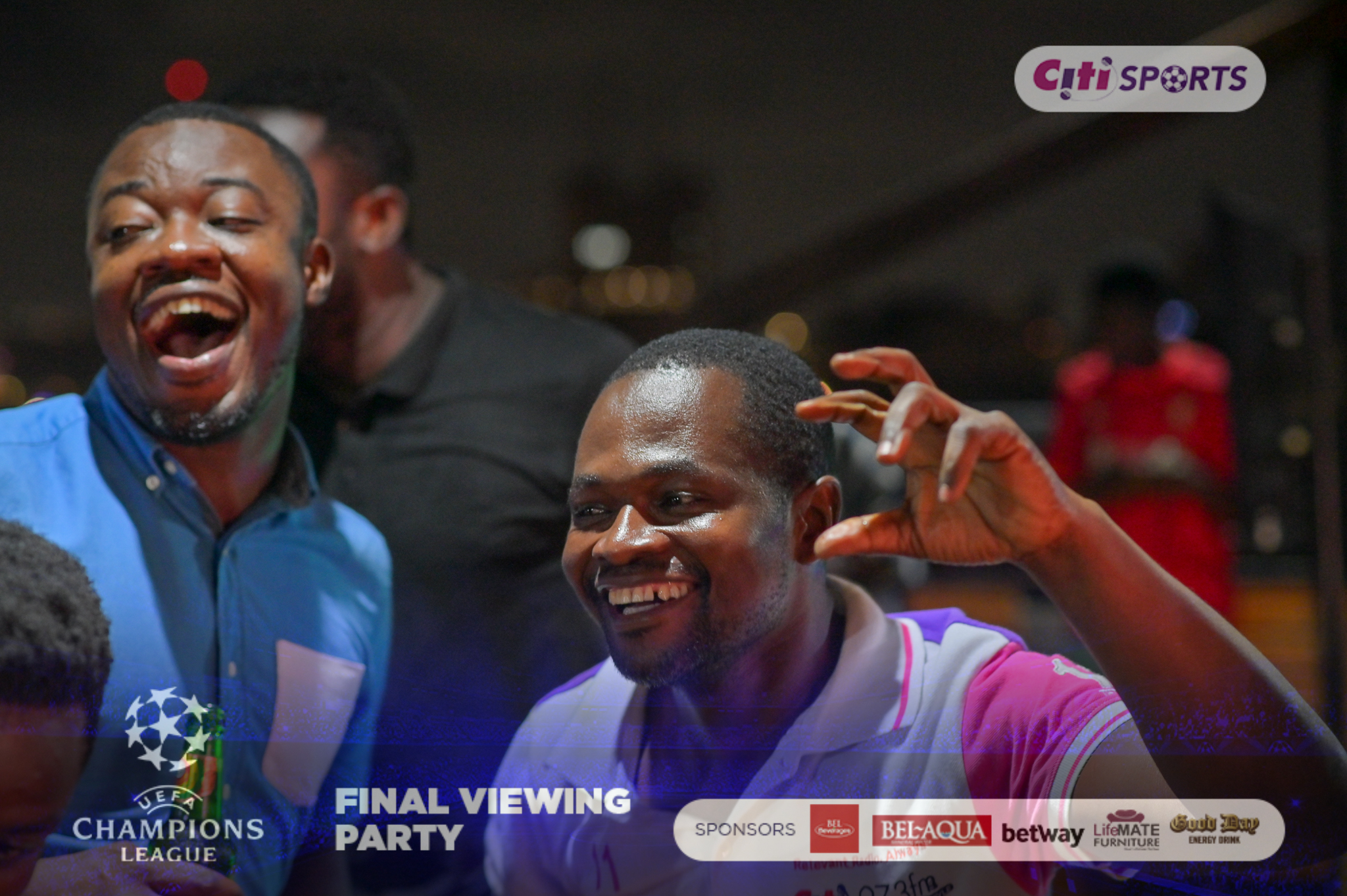 Supporters of Chelsea, Manchester United, Manchester City and Barcelona, among others were out in their numbers, temporarily switching their loyalties to either of the two teams for the night.

Once the first half whistle went, the noise barely let up as the two finalists went at each other – Liverpool quite a bit more than Real Madrid.

Despite breaking out into loud cheers when Real Madrid thought they had taken the lead, fans of the Spanish giants – existing and acquired – groaned when it was ruled out for offside. 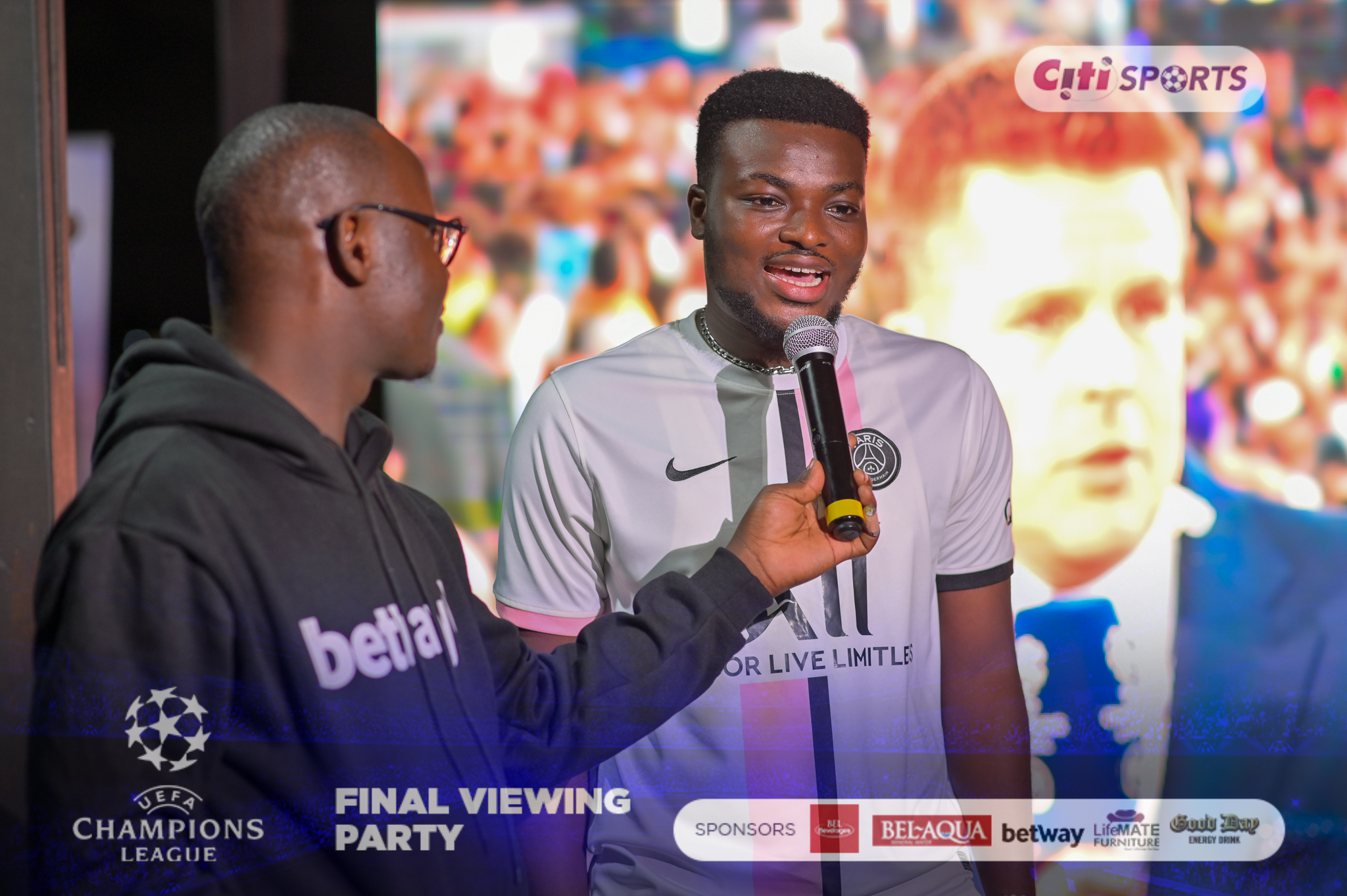 The second half was more of the same, only, Madrid’s goal did count this time and the cheers from their supporters gathered at the rooftop of Citi TV didn’t let up, backed up by music from DJ Jay Jay.

From then on, the oohs and aahs constantly broke the silence in Adabraka as the match devolved into a contest between Liverpool and Real goalkeeper, Thibaut Courtois, which the Belgian won.

During all this, there was a lot to eat and drink courtesy of the various sponsors.

The final whistle brought with it celebrations from the Madrid end and satisfaction all-around that the night had been well worth it.

Take a look at some more pictures below: