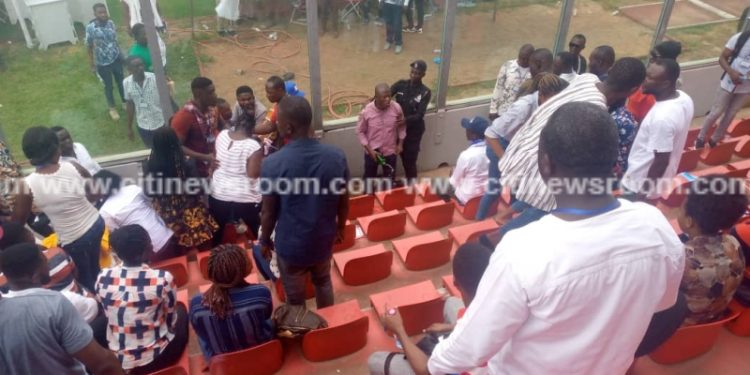 Tension is brewing at the voting grounds of the New Patriotic Party (NPP) regional elections in Kumasi in the Ashanti Region.

Some well-built men have vowed not to allow members of the students’ wing of the party, Tertiary Students Confederacy (TESCON) to participate in the ongoing exercise at the Baba Yara Sports Stadium. 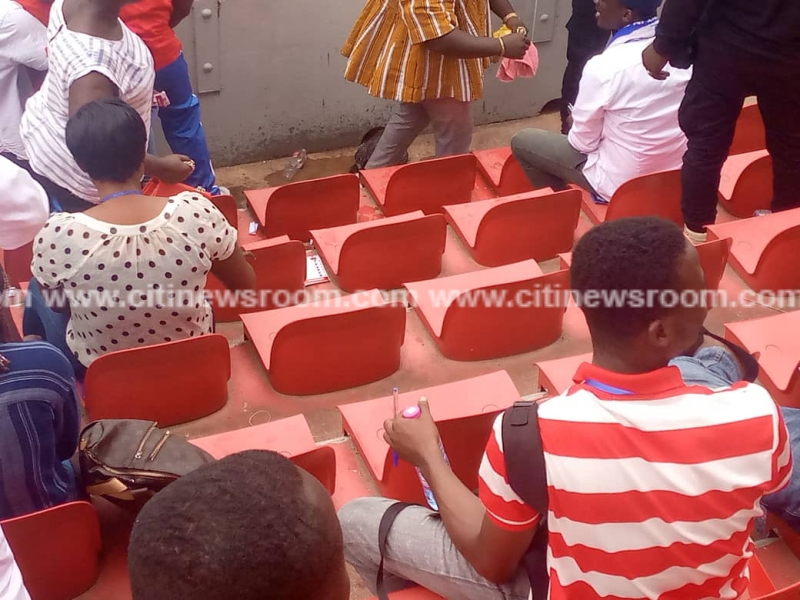 The group of well-built men is alleging the self-acclaimed members who came in to vote are not members of TESCON.

This follows concerns by some TESCON members over the omission of names and the inclusion of persons who are either not members of TESCON or from non-accredited TESCON institutions. 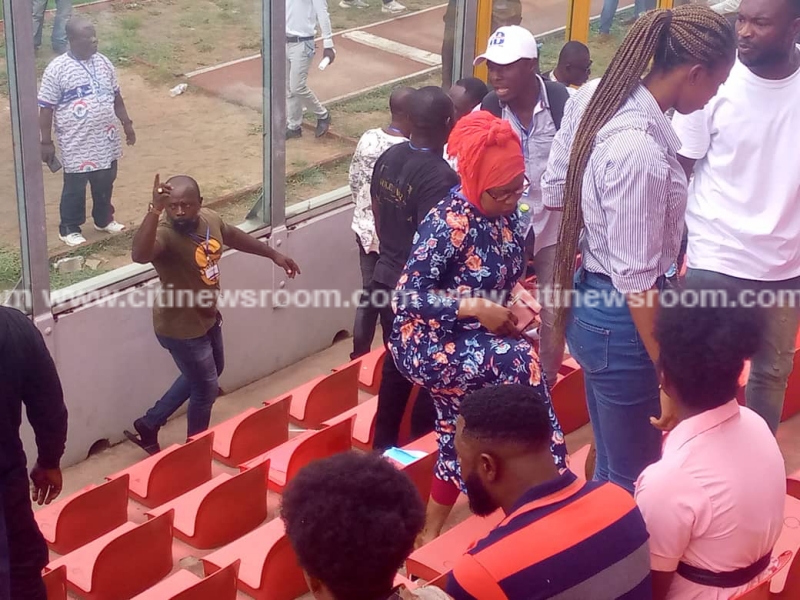 In the heat of the argument, a known serial caller of the NPP in the Ashanti Region, Kwabena Nyame brought in a bottle of Schnapp and rained curses on persons purporting to be members of TESCON wanting to take part in the voting.

Earlier, the Election Committee held a series of meeting with stakeholders to address outstanding concerns regarding the electoral album to be used for the elections.

There were concerns by some members of TESCON and the NPP Council of Elders in the region over the omission of names in their list. 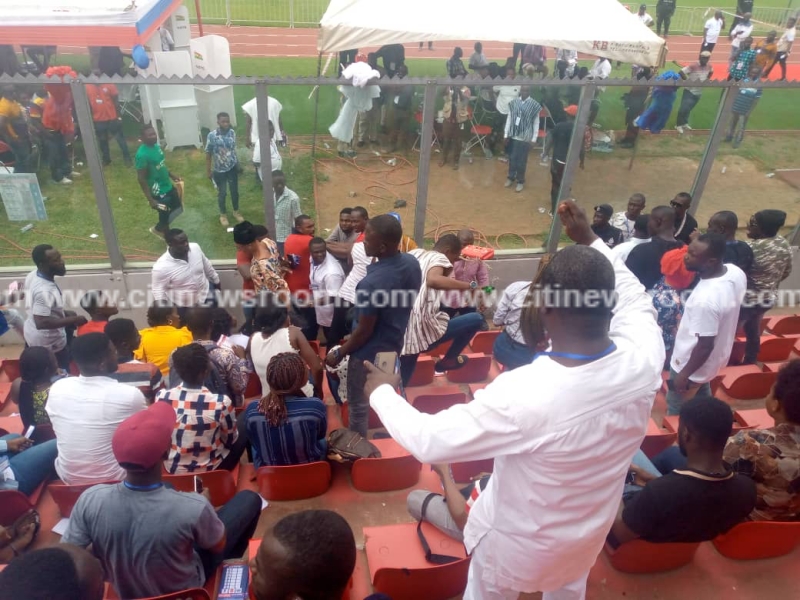 The contest in the Ashanti Region was originally scheduled for Friday, but was rescheduled with a change in venue from the Regional Coordinating Council to the Baba Yara Sports Stadium in Kumasi. 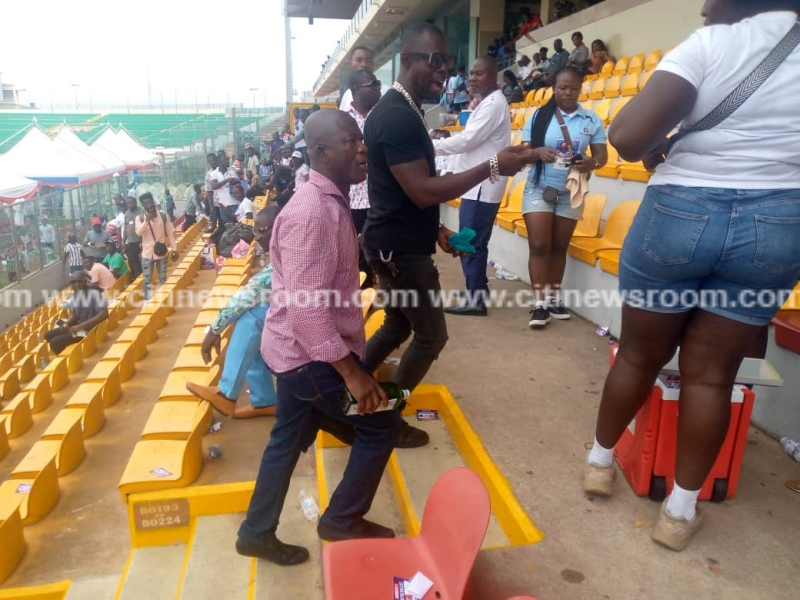 Similarly in Accra, there was an exchange of blows at the Trade fair Centre where the NPP in the Greater Accra Regional is holding elections to elect executive officers.

The polls which had been peaceful was marred after delegates from the TESCON bloc were called to cast their ballot. 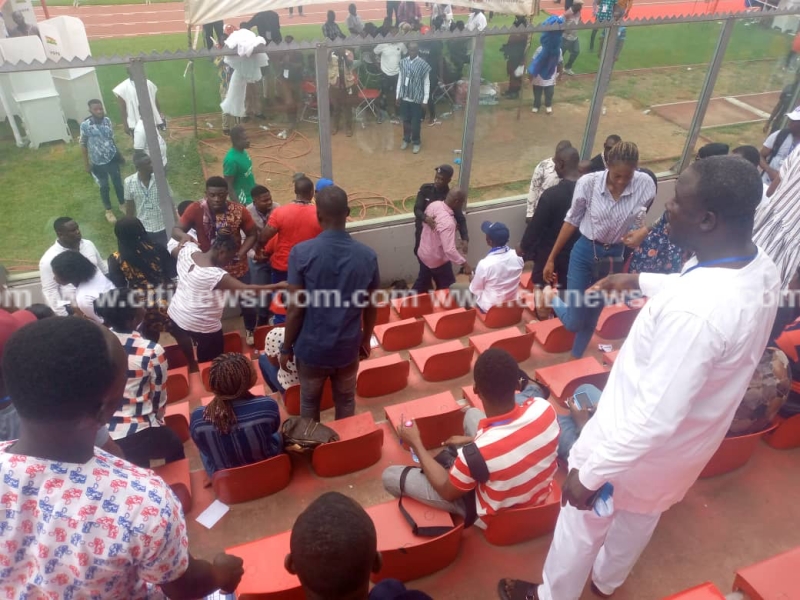 According to Citi News sources supporters of one of the candidates for the youth organiser position wanted to stop some of the TESCON representatives from casting their ballot.

The development ensued in a scuffle but police and party officials are working to bring the situation under control.