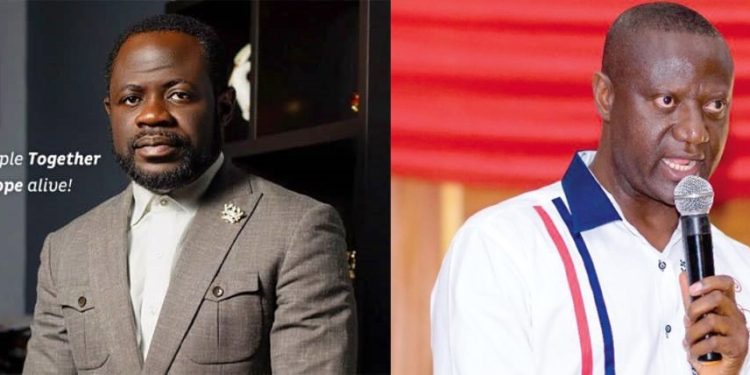 The two main contenders for the position of Eastern Region Chairman are stepping up their campaigns to win the hearts and minds of NPP delegates as the party prepares to vote on Saturday May, 28th, 2022. Already all 23 aspirants have been cleared to contest the various positions they filed. But what many bookmakers have tipped to be a keen contest is the Regional Chairman position.

The campaign of Jeff Konadu and Kwadwo Boateng Agyeman have sparked tension and anxiety in the Region. Jeff Konadu, a former Regional Youth Organizer and Regional Secretary comes into the race with a bag of experience as Regional Officer since 2016. He is believed to have the backing of Bryan Acheampong, former National Security Minister and currently MP for Abetifi constituency.

He is seen as a power bloc for the NPP in the Kwaku enclave. Jeff enjoys support from areas Bryan Acheampong “controls” in the Eastern Region. In recent interviews he says he will increase the party’s votes in the Region.

Kwadwo Boateng Agyeman also known as Chairman Cudjo on the other hand has not held any Regional position before, this will be his first attempt. He resigned as the Constituency Chairman for New Juaben North, weeks after winning a fourth term.

It is believed that he enjoys the support of the Jubilee House and also the back of key influential people in the party including Hackman Owusu Agyaman who serves as Chairman of the National Council of the NPP.

He has also been an MP for the New Juaben North Constituency for many years. In a recent media interview Chairman Cudjo said ” As a Constituency Chairman l understand the dynamics in the Eastern Region and my experience will help the party break the 8″.

Citi News also understands that pressure is mounting on Jeff Konadu to step down from the race.

Silver Society households on the increase: Future-ready bathrooms with the new GROHE Eurosmart

Silver Society households on the increase: Future-ready bathrooms with the new GROHE Eurosmart