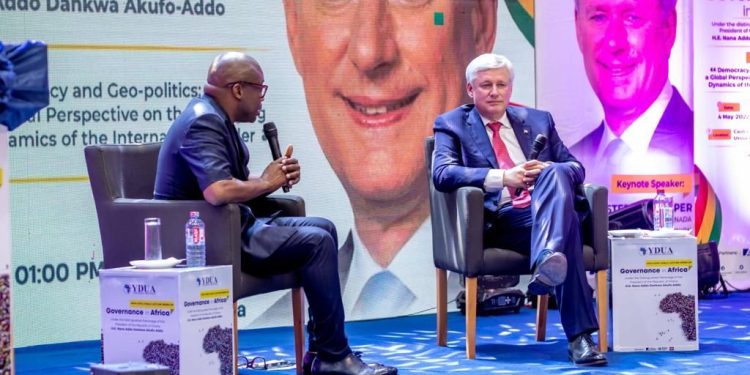 Former Canadian Prime Minister and Chairman for the International Democrat Union Rt. Hon Stephen Harper has showered praises on Ghana and stated that Ghana is the leader in the Centre Right Democracy in Africa. He made this stamen during the Young Democrat Union of Africa (YDUA) public lecture at the University of Ghana.

According to the ICU chairman, Ghana’s role the last 7 years in the revitalization of the International DmocratUnion and the Democrat Union of Africa (DUA) is unmatched. He added that the leading role in Africa is built in the DNA of Ghana as the first sub-Saharan African Country to attain independence through the leadership of Dr. Kwame Nkrumah. 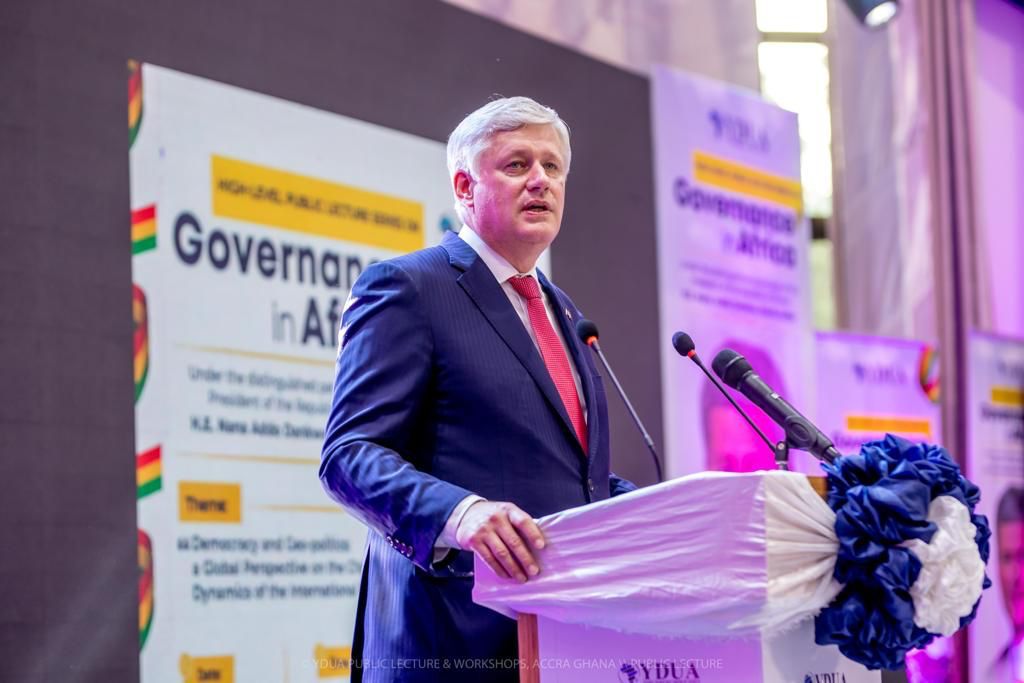 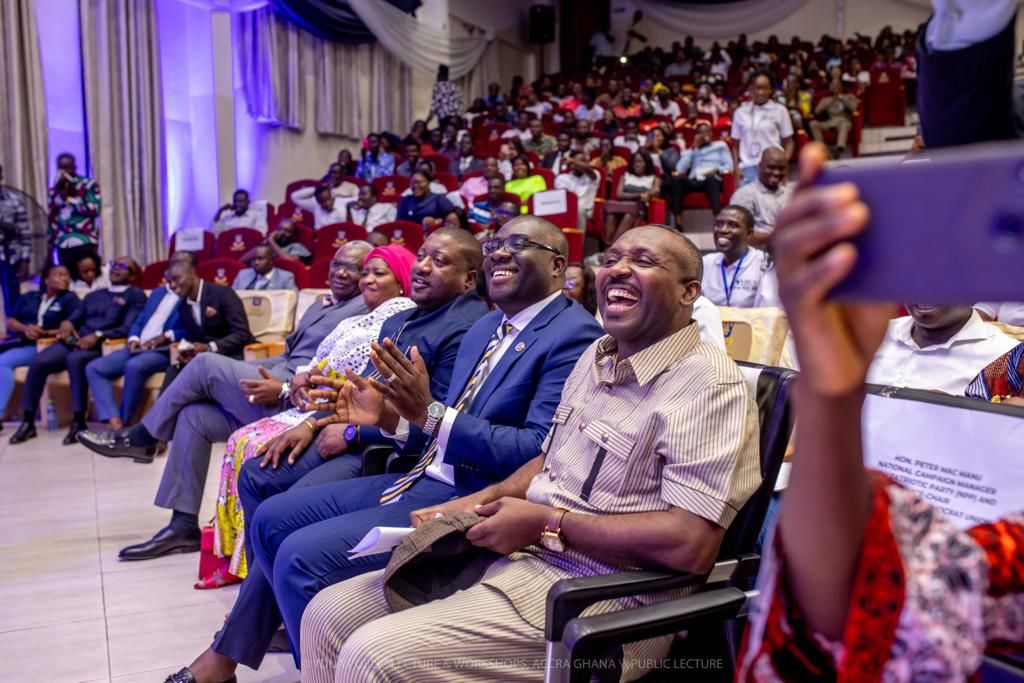 President of YDUA Louisa Atta-Agyemang under whose auspices the lecture was organized said that the drive to embark on this project was essential following the failure of the lefty’s regimes on the African Continent and how important it is for young people to know the global perspective of the changes in the global order. She’s confident that conversations like this will help shape Africa’s Democracy and help further propagate and shape the ideals of the centreright.

Partner with us to commercialize our numerous innovations - KNUST VC