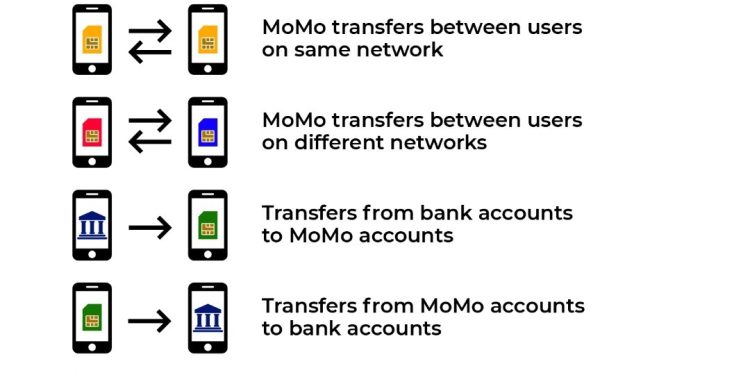 Since midnight of 1st May 2022, the social media space in Ghana has been washed with several comments about the controversial 1.5% E-levy.

The new tax took effect on May 1 despite widespread public complaints against it.

Some people who undertook mobile money transfers above GH¢100 confirmed the deduction of the 1.5% value tax in addition to the 1% service charge deducted by the sending mobile network operator.

A few users also complained about challenges with using the interoperability service to transfer funds from one mobile network operator to the other.

There have also been rare testimonies of third-party money transfer applications where the charges remained the same as there was no E-levy charge.

?? Or Eno reach me yet? pic.twitter.com/yXVVvopIL2

Two transactions on 1st May 2022 on expressPay. First was at 12:05am the amount was Ghs700. I was only deducted the platform fee of Ghs7. The second was 12:12am with amount Ghs500, also platform fee of Ghs5. These experiments suggest no #elevy ✅

As at 12:02am today 😊, it’s even Vodafone, mtn would’ve been more pic.twitter.com/G4ciga0APw

While the E-levy is only applied to transactions above GH¢ 100 a day, some Ghanaians claimed that they were charged on their transactions below the threshold amount.

I made a Ghs20 transfer from bank to momo this morning; both e-levy and bank charges were deducted.

The transaction bounced so both the transfer amount and bank charges were reversed. Guess which one wasn’t reversed? 🥲

Yeah, I’ve seen so many screenshots of transfers below GHS100 being taxed with the E-levy.

Clearly the system is not ready and it’s been rolled out with no beta testing.

I don’t know how a simple algorithm like “DON’T CHARGE BELOW GHS100” got messed up. 🤦🏾‍♂️

Meanwhile, the term E-levy is dominating the trends on Twitter, with nearly 4,000 tweets at press time.

Other related hashtags; #ElevyforDevelopment, #YourTaxesAtWork and #GHsafewithNanaBawumia have also been observed with tweets amplifying the government’s position that the E-levy will bring more development to the country.