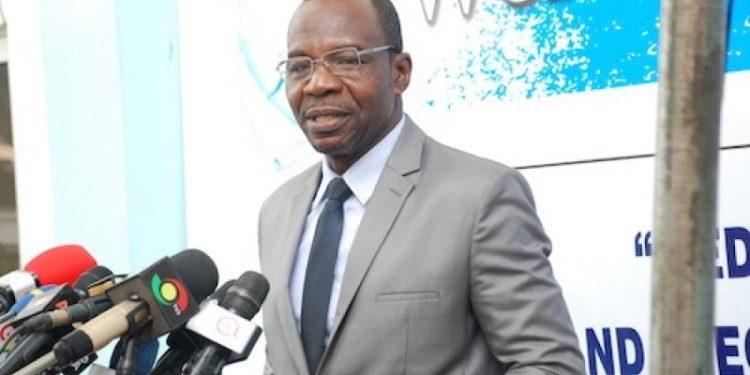 President of the GJA Roland Affail Monney, believes blaming only a section of stakeholders in the media space will not inure to discussions of Ghana’s press freedom credentials.

“I think when we were adjudged the best in Africa, all of us received the credit. So I think collectively we should work towards addressing the issues raised in the report. We will be hesitant to point accusing fingers at one institution alone”, he said on Eyewitness News.

Ghana has been ranked 60th in the world on the press freedom ranking released by the Reporters Without Borders, from an initial 30th position.

Ghana has also recorded its worst ranking on the African continent this year, moving from 3rd to 10th in Africa.

This is Ghana’s lowest-ever ranking in almost two decades after it ranked 66th and 67th in 2005 and 2002, respectively.

The latest report is out of 180 countries assessed, with Ghana recording a decline in its indicative points from 78.67 percent to 67.43 compared to last year.

But while blaming security agencies for failing to protect the lives of media practitioners in the country, Affail Monney, said government and journalists should also support in changing the negative narrative.

“I believe that we know the high-handedness of the security agencies n arresting some journalists. The media must push against these infractions. It doesn’t take the government alone.”, he added.

Meanwhile, a pioneer of private media in Ghana, Charles Wereko Brobby, has accused President Nana Addo Dankwa Akufo-Addo of being complicit in the deteriorating state of press freedom in the country.

Reacting to the ratings in an interview with Citi News, Dr. Wereko Brobby, who founded the first private radio station in Ghana, said the President has superintended over actions that have led to censorship.

“The issue is, you can say what you think you believe and do, but the reality is what all the ratings by reputable international organizations are saying about Ghana no, which is disappointing. All the people who abuse the law in terms of the media are under the President of Ghana. The National Security Service, the police, the army, all those agencies are under the President.”