The Ghana Police Service says it has succeeded in restoring law and order in Nkoranza after a group of aggrieved youth besieged the police division and district headquarters in the town to protest against the alleged killing of a young man, Albert Donkor in the area by police officers.

The youth destroyed police vehicles and six persons were left injured. Six suspects who were in custody also escaped as a result of the chaos that ensued at the police locations on Tuesday.

But in a statement on Wednesday, May 18, 2022, the police service said it has brought the situation under control and is making efforts to arrest the suspects who escaped from custody.

“Police responded appropriately to the situation, including bringing in reinforcement teams from the Regional headquarters and adjoining regions to restore law and order… The situation is under control and police have deployed extensively at Nkoranza and its environs,” the service said in the statement.

The youth of the area are alleging that Albert Donkor was killed by some police officers who picked him from his home into a private vehicle after the deceased raised alarm that he had seen an officer involved in a robbery operation.

But the police service insists that the deceased was rather an armed robbery suspect who was killed in an anti-robbery operation.

It says it has arrested two persons involved in the violent action and is working to arrest more of them.

“Two suspects have so far been arrested in connection with the attacks and are in police custody. All other persons involved in perpetuating this barbaric act are being pursued to face justice”

Meanwhile, the police service says it is making frantic efforts to re-arrest the six suspects who managed to escape custody amidst the confusion.

One of the six persons who are said to have sustained injuries during the incident has also died, according to the police.

“As a result of the attack, six persons were injured and sent to the St. Theresah’s Hospital, Nkoranza. According to the hospital authorities, one of them died while receiving treatment and five others are currently on admission and responding to treatment,” the police said. 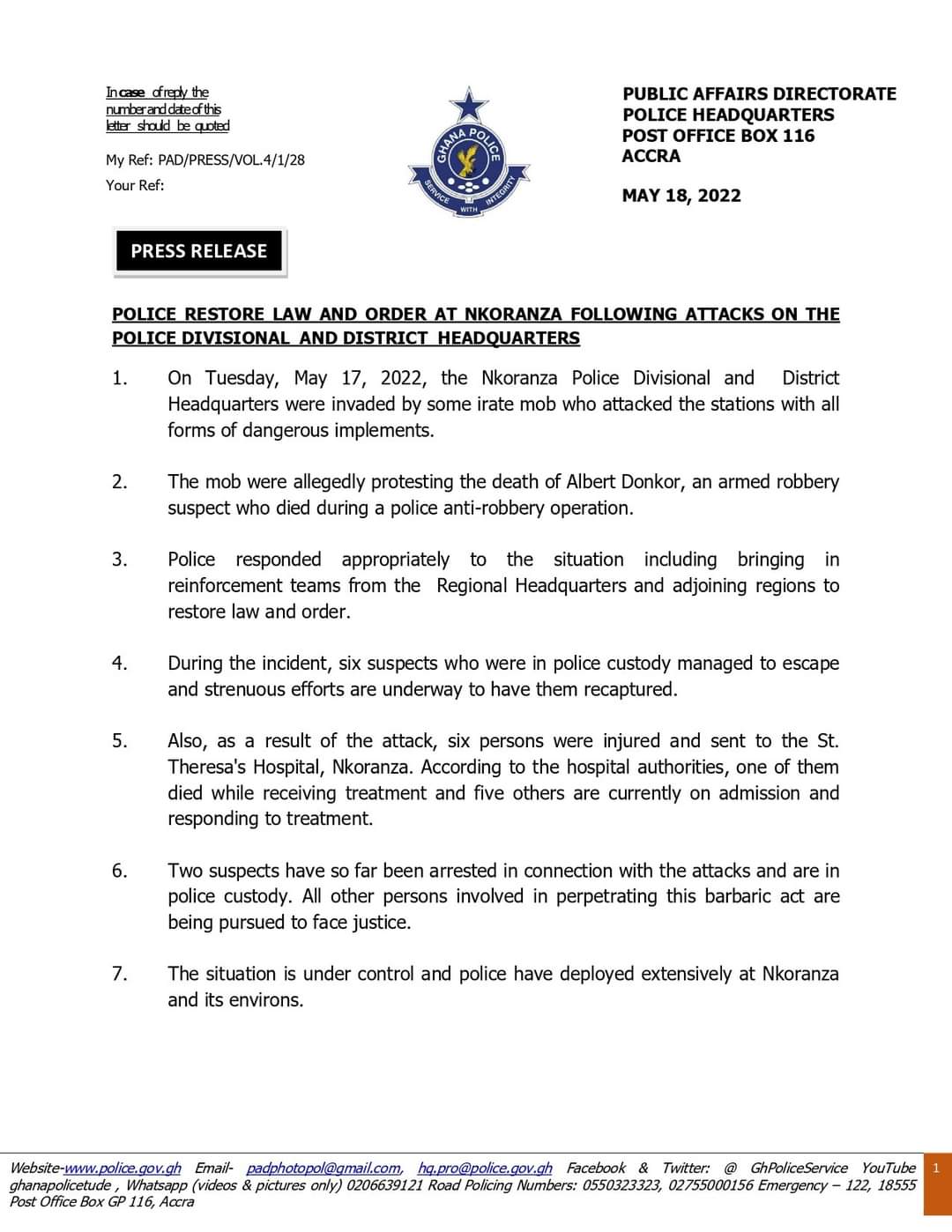 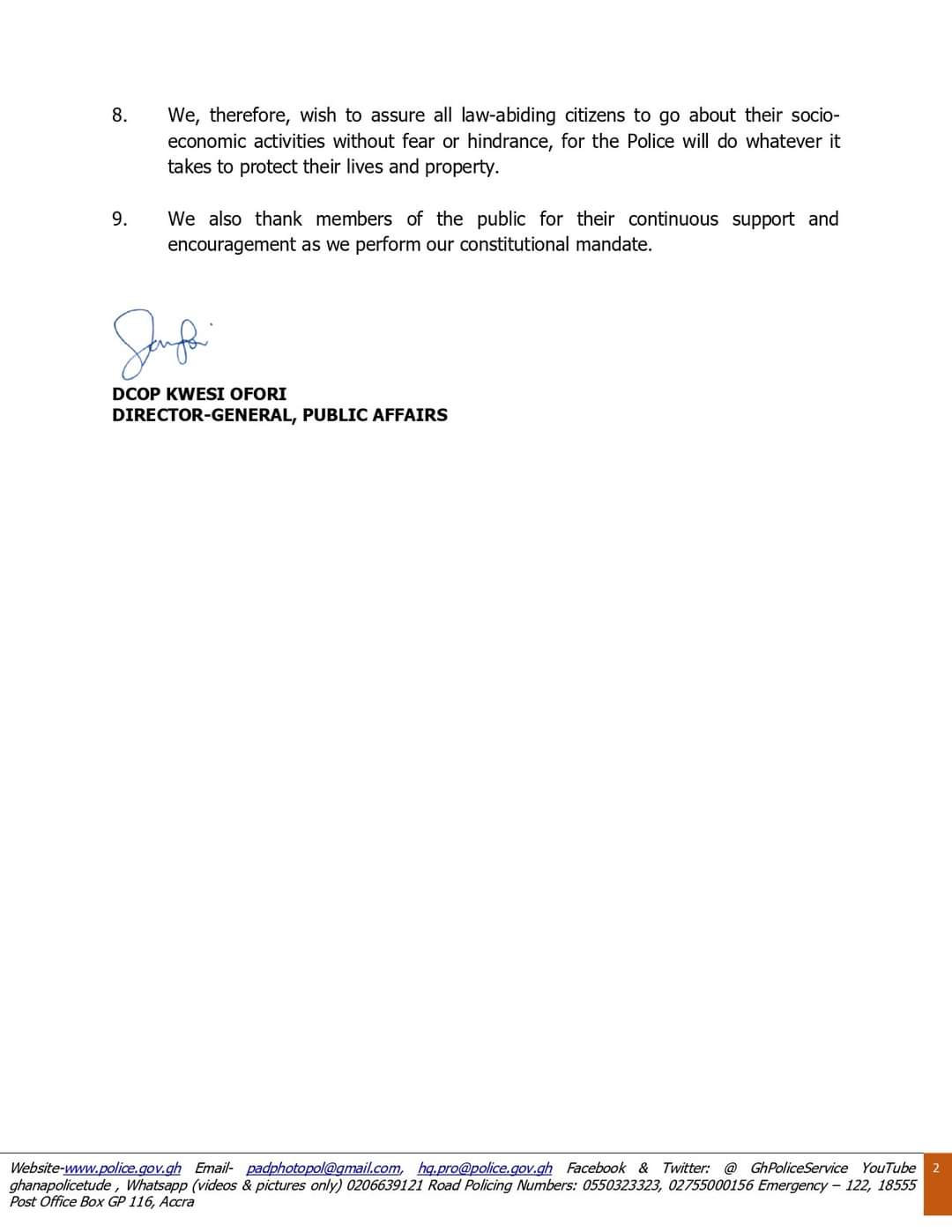