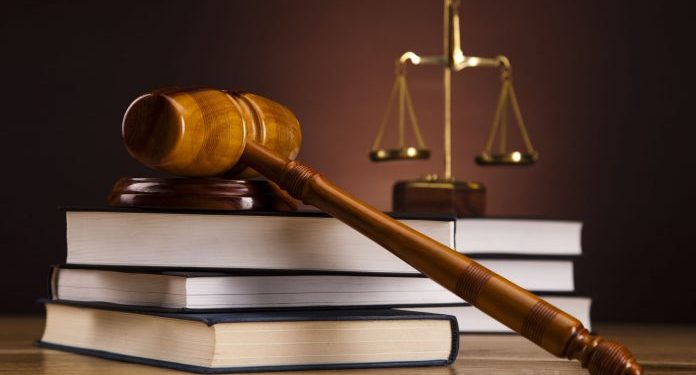 Access to justice is a very important democratic tenet. It refers to all the factors that should be present to ensure people are able to meet their legal needs and have their rights upheld, particularly at the courts. Access to justice also includes one’s capacity to secure justice based on his or her knowledge of court processes, and the ability to physically avail oneself for legal rights.

Over the decades, various reforms measures have been adopted within the justice sector in Ghana, leading to improved access to justice and legal rights of persons who demand it. However, there are many persisting issues that affect the rights of the ordinary Ghanaian, particularly, poor women who seek justice at the courts. A recent survey conducted in two (2) court districts by the Human Rights and Governance Centre, Accra, revealed that most women are unable to meet their legal needs due to poverty and lack of access to legal services.

Three (3) court registrars and other officials of four (4) courts surveyed in a study conducted in 1st week of May 2022 within Central Region: Awutu Senya East Municipality (Kasoa), and Greater Accra: Ashaiman Municipality put poverty and lack of legal services at the top of issues that hinder access to justice for poor women.

According to officials of the courts, “a lot of poor women make initial moves to the courts to have some rights enforced for them.” However, once they learn about how much they have to pay as filing fees to kick start the legal process, “they go and never return to the court.” What is however, not clear, is whether these poor women get redress through some other means.

The second challenge for poor women in search of justice is that majority of the municipalities and districts do not have local offices of the Legal Aid Commission (LAC), an important state institution with the constitutional mandate to provide legal support for poor citizens who require it. The LAC can help poor women to file cases at court for free. Unfortunately, the whole of the Awutu Senya East Municipality, one of the most populous districts (Kasoa) which has gained notoriety for many social issues and high crime rate does not have a LAC office. Similarly, the Ashaiman Municipality does not have a LAC office. Not even Tema, the adjourning municipality has a LAC office.

As a result, most persons, including poor women who need legal support on court processes have to travel all the way to the LAC head office, Accra, at a huge cost. Poor citizens who are unable to afford the cost of travelling to LAC national office “get frustrated and abandon the process.”

Though a comprehensive study is required for a holistic view of issues that affect justice delivery for women, this study by the Human Rights and Governance Centre gives an indication that poverty is a major consequence of injustice for poor persons, particularly, women and other voiceless person in Ghana. This calls for concerted actions in the face growing poverty levels in the country.

The Human Rights and Governance Centre calls for financial and increased legal support for poor women who require justice at the courts. Civil Society Organizations and other development partners should consider financial support to enable poor women to file their cases and have their rights enforced by the courts. This is because impact of social issues and crime on the poor is more severe.

As a call to duty, lawyers must also deliberately offer legal support for poor women who seek justice at the courts. Some lawyers already provide legal support to women for free, but increased support is required. Lawyers should leave their contacts with court registrars through which poor women can reach them. Provision of free legal support to the poor, particularly women is very critical due to growing social exclusion and economic vulnerability faced by poor women.

Furthermore, the government, through the LAC, must create LAC offices in every district and municipality. These offices must be well resourced to ensure speedy and timely legal support for poor women who have to make many trips to LAC offices outside their districts at a huge cost to them.