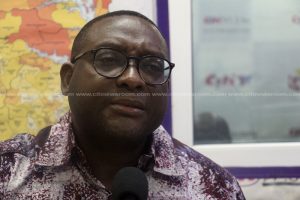 The New Patriotic Party, NPP, has described former President John Mahama’s promise to repeal the e-levy act should he win the 2024 elections as a desperate attempt to gain credibility.

The former President at his ‘Ghana at the crossroads’ address reiterated his position that the tax policy is regressive.

He promised to stop Ghanaians from paying the controversial Electronic Transfer Levy (E-levy) if his party wins power in 2024.

But the governing New Patriotic Party believes this position is at variance with policy measures contained in the 2020 manifesto of the NDC.

In an interview with Citi News, the Director of Communications at the NPP, urged the former president to abandon his re-election bid as Ghanaians will not vote for him.

“So John Mahama is saying he will repeal E-Levy when voted back into power. How is he going to reconcile his manifesto promise to push for uniform electronic transactions? His desperation is showing seriously. You had imposed a 17.5% tax on all electronic financial transfers, the NPP repealed that. The E-levy is 1.5% percent, a difference of 15%.”

“The entire speech was not about shoring up even the NDC, it was about shoring up John Mahama who is wilting under the heat. This is a desperate measure. He is fighting for credibility within the NDC itself. All in all, I don’t think John Mahama’s performance has been taken seriously enough to warrant him victory in the 2022 elections.”

Government commenced the implementation of the controversial levy on May 1, 2022, despite widespread condemnation of the tax policy.

The levy was reduced from 1.75% to 1.5% after several protests led by the opposition party, its Members in Parliament, and some civil society groups.

The opposition NDC had tagged the levy as double taxation and counterproductive, but the government had insisted that it was a burden-sharing initiative adopted to shore up the country’s internal revenue instead of depending on foreign aid.