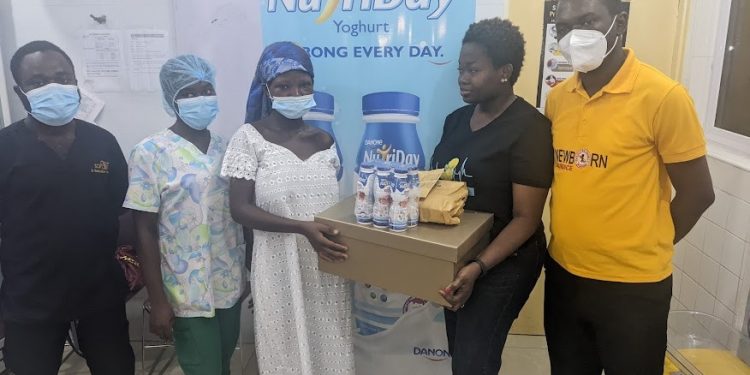 NICU Soldiers, a non-profit organisation focused on neonatal intensive care, with the support of Nutriday, a zinc-fortified yoghurt by Fan Milk Limited, made donations at the Neonatal Intensive Care Unit (NICU) at the Eastern Regional Hospital in Koforidua last Sunday.

The gesture was to celebrate mothers whose babies are on admission at the unit and the health workers nursing the babies on the occasion of Mother’s Day.

The organisation shared lunch packs and Nutriday yoghurt to all the mothers feeding their babies at the unit and the health workers for their dedication and effort to ensure the babies survived.

They also presented a gift to a mother, whose baby had been on admission for the longest period. 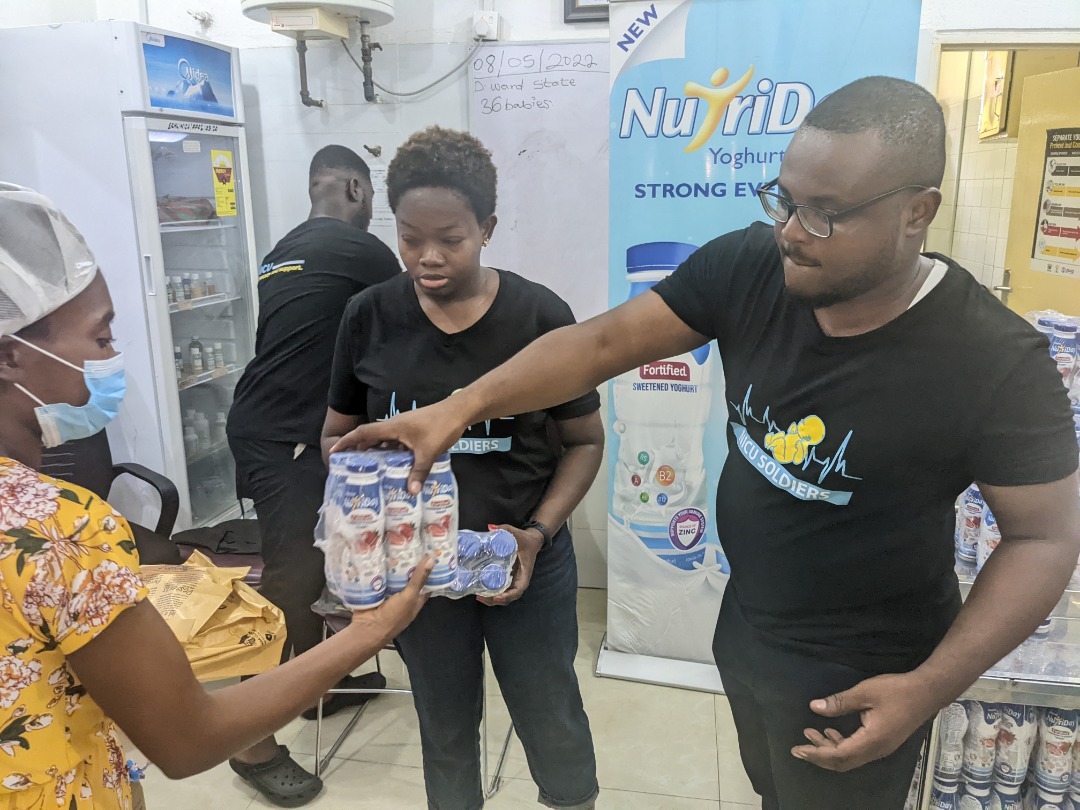 The Founder of NICU Soldiers, Ms Efia Akese, said the Mother’s Day donation was a prelude to the organisation’s main annual fundraiser, scheduled to be launched in July this year.

According to her, the Eastern Regional Hospital would be the beneficiary institution of the fundraising activities for the year.

Last year, she said NICU Soldiers raised GH¢40,000 in it’s Scones for Life campaign to support babies on oxygen at the Korle But Teaching Hospital through the sale of pastries to the public.

Commending the health workers at the unit for their dedication and hard work, Ms Akese urged them to continue the good work to ensure the babies at the unit survived.

“Having experienced the NICU twice, I understand the challenges mothers at the unit go through, and I can imagine how difficult it is for them, especially on Mother’s Day.”

“There are many parties by churches and other groups celebrating mothers on such a day, but these have no option but to stay by the cots of their babies throughout the day. Our modest donations are to make them feel loved, let them know we appreciate their efforts, and to put a smile on their faces. I am grateful to Nutriday, our sponsors for making this event a success,” she said.

Dr Francis Mensa Akwetey, a Specialist Paediatrician at the unit, thanked NICU Soldiers for putting smiles on the faces of the distressed mothers on such an occasion.

“We really appreciate what you have done for our mothers here. Today is Mother’s Day, and we are celebrating mothers all over the world, but these mothers are here taking care of their sick babies. It is nice for you to think about these mothers who could not be at their churches or homes to be celebrated,” he said.