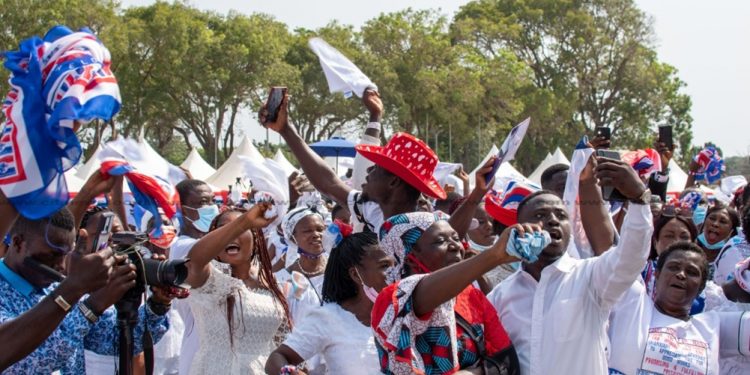 As political stakeholders still come to terms with the “shocking performance” of how pro Akoto candidates beat the top 3 contenders to win 42% of total valid votes cast in the North,the “Akoto factor” is still making impressive inroads across the sister regions of the North.

Results from our independent research from the Upper West Region further cements what we have already known and predicted; that Dr. Owusu Afriyie Akoto is strongly preferred by the grassroots within the party.

Official election results coupled with our research indicates that pro Owusu Afriyie Akoto candidates have once again won a majority of positions in the recently ended party elections across the 11 constituencies in the region.

The table below contains official data on the outcome of elections from the 11 constituencies in the Upper East Region. 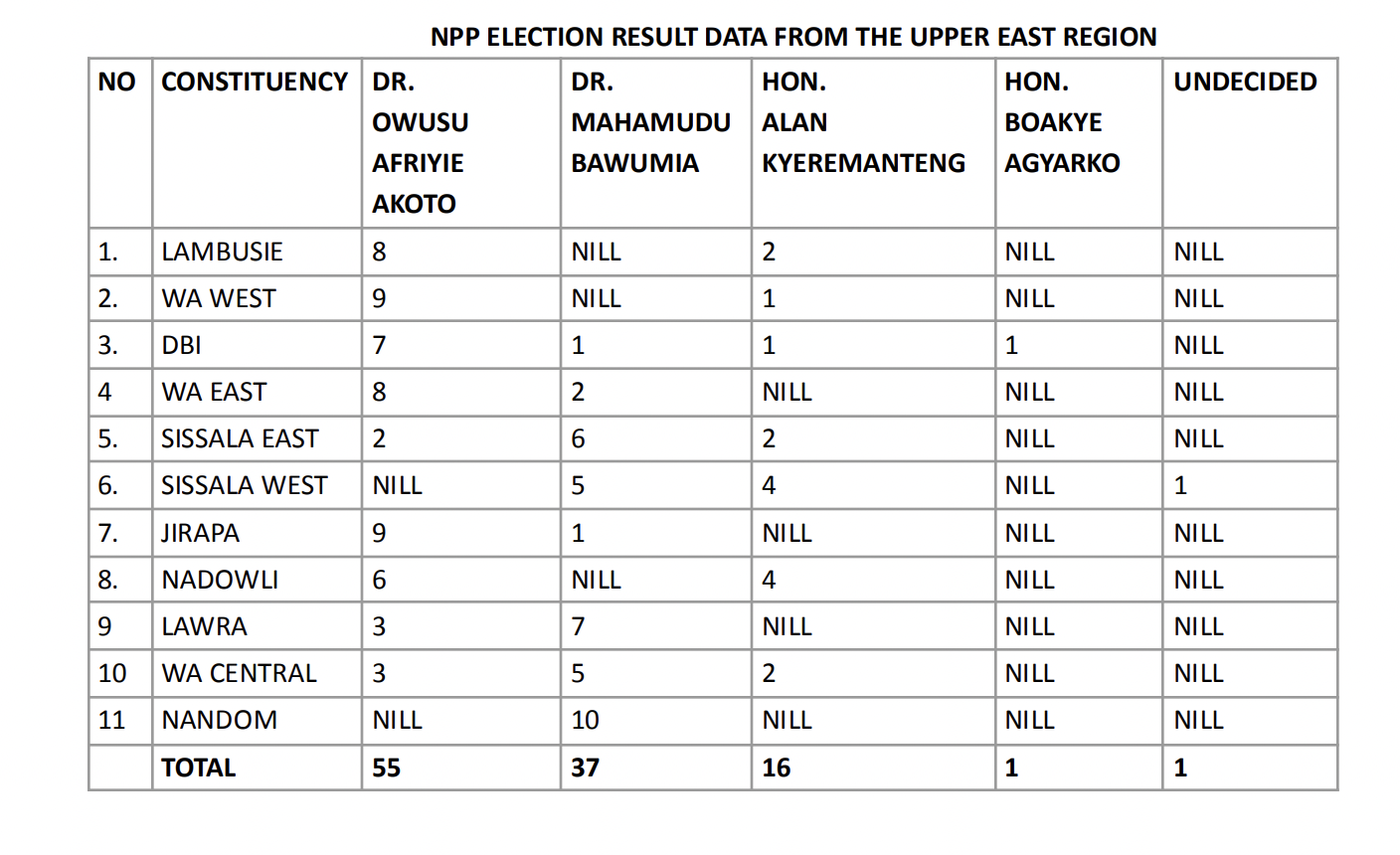 From our table, the data is clear in its interpretation and breakdown.

However, in the Sisala West and Nandom constituencies, team Akoto lost ground to pro Bawumia candidates adding up to team Bawumia’s victory in other areas including Nandom, Lawra and Wa Central.

However, these wins are not significant compared to margins of pro Akoto candidates.

For the 11 constituencies that our team independently verified, team Afriyie Akoto won 50 % of total regions, followed by team Bawumia with 34% of valid votes cast, 15% for team Alan Kyeremanteng and 1% for team Agyarko.

From the data, we also observed that 1% of party members across the 11 constituencies were undecided and/or preferred to remain neutral.

Aside from these two regions, our independent research team has data from other regions across the country which puts team Akoto ahead of all the other candidates in the race.

In this decisive period, our research is pointing us in a peculiar direction that the Akoto factor is still leading in the NPP’s search for a new leader to break the 8.

Although some may say our prediction is too early, we are keenly observing that the party is speaking, and this time, quite succinctly through their votes.

The message is clear, “It is Dr. Owusu Afriyie Akoto’s moment” and he is seizing it tactfully.