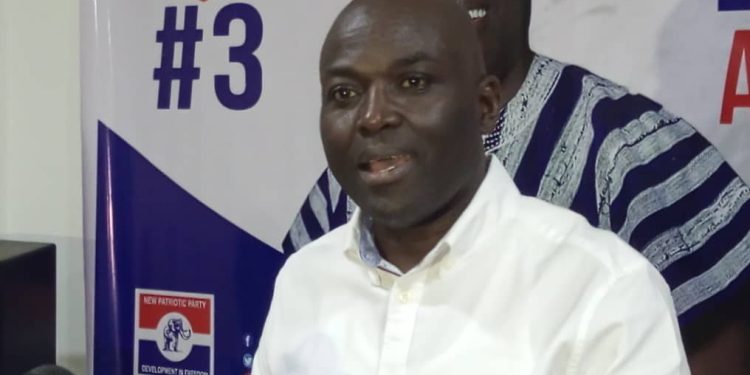 An aspirant in the Ashanti Regional Chairmanship race of the New Patriotic Party (NPP), Odeneho Kwaku Appiah popularly called COKA has assured he will be a leader who will unify party members and serves with love and respect should he be voted for in the upcoming regional delegate conference.

Mr. Kwaku Appiah said he recognises that the party has changed and promised to restore trust in the party, affirming his readiness to work together with the delegates who he called to vote for him.

The aspirant indicated that he stands for democratic principles and offers democratic change; he believes in accountability, respect, integrity, and stewardship, and will not use insult to solve problems.

He further said he has done more party work and understands the party structures, the grassroots, and the environment, and that, he and the party members will work to bring progress.

“You need to make the right decision now, the right choice for our future generation in Ashanti Region as a whole. Delegates, in building the future, I will do my best to fight with all my strength, energy, and resources to work with you to achieve our party goals and objectives.”

“The vote from Ashanti Region is important for our party, let’s not underestimate this, we need a strong, competent, confident, strategic, and wise leader like myself to lead the region. Delegates, I will use my energy, skills, and resources to deliver the best to achieve lasting results. I am passionate about uplifting the party better than we found it now. The answer is COKA – the Chairman with the plan for the future,” he added.

Mr. Kwaku Appiah who is tipped to win the NPP Chairmanship race in the Ashanti Region, began his political journey as the Chairman of the Concern Citizen Association, which pressed for development in the Ashanti region and beyond and also served as a Ward Organizer for Subin Constituency.

He was also a Government Appointee to Bekwai District Assembly, he also became the Regional Financial Secretary for Ashanti Region under Chairman F. F. Anto and also served as the Constituency Chairman for NPP Afigya Kwabre South for many years.

He appealed to delegates to vote for him based on his political experiences and vote.