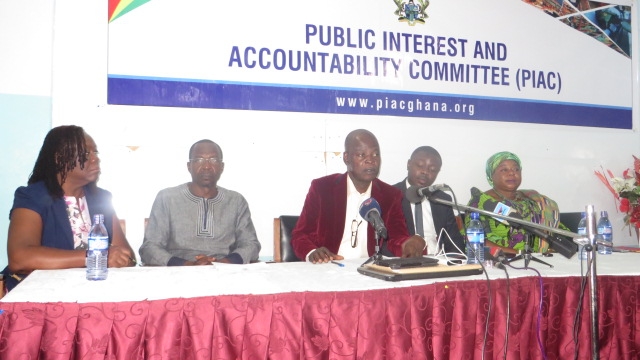 The Public Interest and Accountability Committee (PIAC) has reiterated calls for the media to help hold government and other agencies accountable for the country’s petroleum revenue utilization and management.

It has become evident in majority of PIAC’s visits to project sites that some of the projects claimed to be executed with oil funds in some cases are non-existent or not needed by the community.

In an interview with Citi News on the sidelines of a capacity building workshop for members of the Institute of Financial and Economic Journalists (IFEJ) and some selected Parliamentary Press Corp over the weekend in Keta, the Vice Chairman of PIAC, Mohammed Nasir Alfa called on the media to help get relevant stakeholders speed up on recommendations made by the committee.

“PIAC cannot do it alone, so I am adding the media as the fourth estate of the realm. We need the media to support us with our advocacy in reaching out to the people”, he added.

Mohammad Nasir Alfa however indicated that public institutions who continue to flout provisions of the PRMA will soon be taken to court when PIAC is finally empowered to do so.

“It is possible that, the way and manner institutions flout some provisions of the PRMA, it may get to a point where PIAC as an institution may be empowered to do so. Because PIAC is a creator of statutes, it may hasten slowly to want to take public institutions by itself to court.”