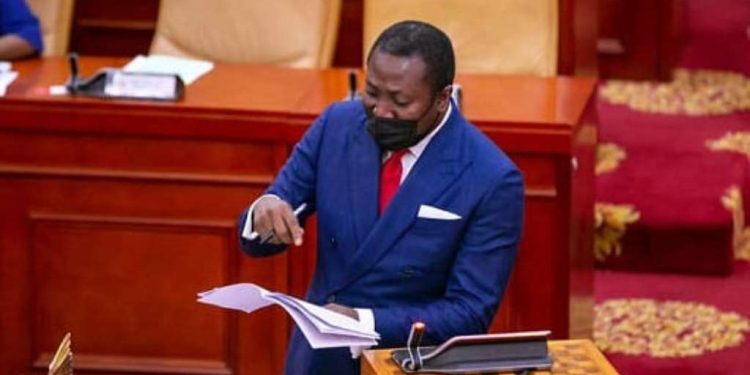 The Deputy Majority Leader, Alexander Afenyo Markin has urged Members of Parliament to reach out to one another from either side of the aisle as they return to work next week.

He says good and enduring relationships are the only way to tame the rancour that comes with the political divisions in the House.

The 8th Parliament is scheduled to return to its second meeting in the second session next Tuesday, May 24, 2022.

The Effutu representative says he is looking forward to the lawmakers “building good relationships” as it is “relationships that save democracy.”

The 8th Parliament, right from the night of its inception, has in many instances of strong disagreement broken down into chaos, and in some instances, resulting in fisticuffs. Many have condemned the House for its open show of intolerance and unruly conduct.

Leadership of the House has thus had cause to render public apologies for the conduct of the House, with many saying much is expected from the lawmakers.

The Deputy Majority Leader however believes the second meeting would be more cordial if MPs built bridges.

“I expect NDC MPs to be walking to the offices of their colleagues, have national discussions but disagree on party issues. I expect NPP members to even invite NDC members for dinner, breakfast or lunch in their homes. I expect colleagues across the aisle to be visiting brothers in their various homes. In so doing you are not compromising your political position, but you are rather fortifying the relationship that will help the country to grow; not to say that if you are in a good relationship with an NDC man because you’re an NPP man, you have compromised your political stance.”

Alexander Afenyo Markin charged the MPs as they return to work to “let Ghanaians know that we love our country and that we are patriotic, we are comrades, and we believe in the Ghana project that is why we are in that Parliament, but we are not there to fight [and] to undermine each other”.