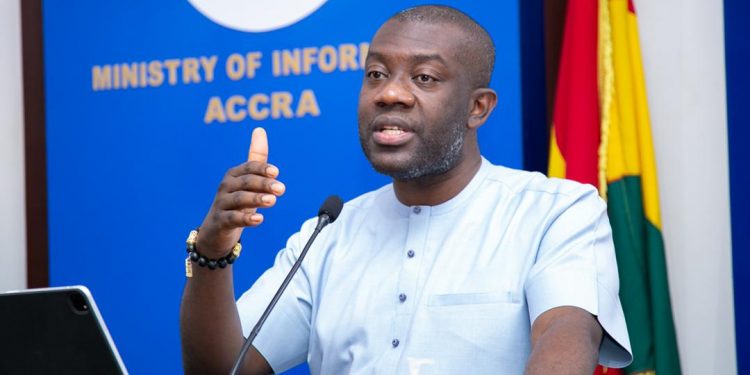 The Minister for Information, Kojo Oppong Nkrumah, says the government has put security agencies on high alert over threats of terrorism in Ghana.

According to him, several efforts are underway to ensure that the country is protected from any form of attack.

Speaking at a ministry’s press briefing on Sunday, Kojo Oppong Nkrumah said the threats and attacks on Ghana’s neighbours require that the country puts in place adequate measures to avert such a situation.

“Government is announcing that it has put its security and intelligence agencies on increased awareness following the increasing number of terror threats and attacks and some worrisome intelligence report closer to our borders… As recently as the 10th of May in 2022 in Togo, about 10 military persons died as a result of one such terrorist attack,” he said.

The minister said already there are indications that a number of Ghanaians have been recruited to join extremist groups, making it necessary for Ghana to take immediate preventive actions.

“Increasingly, intelligence reports suggest that some Ghanaians have been involved in terrorist attacks in the Sahelian region. What this signal is that there has been the possible recruitment of Ghanaians by some of these terrorist groups in the West African sub-region.”

He announced that the Ministry of National Security will be leading a campaign to increase public awareness and intelligence among communities.

He said the Ministry will on Tuesday, May 24, 2022, launch a campaign which will see the announcement of a new emergency line, 999, for the public to report any threat of terrorism.

Mass media and community education programmes are expected to be held.

He urged the public to look out for “non-residents seen mobilizing youth or circulating extremist materials in-person or virtually with the objective of whipping up sentiments to attack people or public installations… Abandoned or suspicious packages in public places,” adding that security authorities should be immediately notified of any suspicious characters or packages they find.