‘Sir John’s will is being contested in Court’ – Lands Ministry 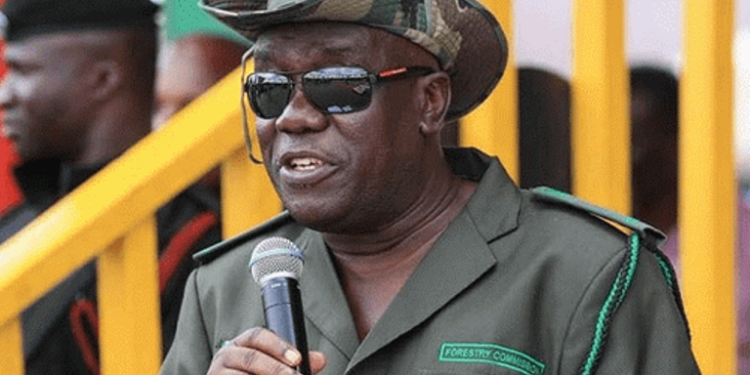 The Ministry of Lands and Natural Resources says preliminary investigations into reports suggesting that the late former Forestry Commission Chief Executive, Kwadwo Owusu Afriyie, popularly called Sir John, bequeathed portions of the Achimota Forest Reserve and Ramsar site lands to his relatives reveal that the will in question is being contested in court.

It also said there are no records at the Lands and Forestry Commissions to support claims that the late Kwadwo Owusu Afriyie acquired portions of the Achimota Forest or the Sakumono Ramsar Site Lands.

“Preliminary inquiries reveal that the alleged Will in question is a subject matter of litigation or contestation in the courts.”

“Further checks at the Lands and the Forestry Commissions, the repositories of the records of thelands in question, show no record of ownership of Lands at, the Achimota Forest or the Sakumono Ramsar Site, by the late Kwadwo Owusu Afriyie.”

Nonetheless, the Ministry went ahead to nullify any ownership of the Achimota Forest and the Sakumono Ramsar site as captured in the document purported to be Sir John’s will.

“That said, given the totality of the circumstances of the said allegations, I, as Minister for Lands and Natural Resources, have directed the Lands and Forestry Commissions to deem any ownership of lands, both, in the Achimota Forest and the Sakumono Ramsar Site by the late Kwadwo Owusu Afriyie as void and are to take the appropriate actions accordingly.”

“For the avoidance of doubt, the bequeathing of the aforesaid lands, if established, will not pass any interest/title to the named beneficiaries in the alleged Will. These lands, the subject matter of the alleged Will, shall remain Public Lands, whether or not it falls within the de-gazetted lands pursuant to E.I 144.”

“Government will act on any improper acquisition of any Public Lands, regardless of how it was procured, whether now or in the past, and the Achimota Forest Lands will not be an exception,” it further assured

A purported copy of the will of the late Sir John has been widely circulated after the Fourth Estate made it public.

Parts of his will read: “I give my land situated at the Achimota Forest in the name of Jakaypro Limited and measuring 5.541 acres to the following persons forever.

It continued: “I give my land also situated at the Achimota Forest in the name of Fasoh Limited and measuring 0.987acres to my nephews Michael Owusu, Yaw Boadu, and Kwabena Amoateng forever.”

The will further states: “I jointly own a piece of land at Achimota Forest with Charles Owusu. Upon my demise, my portion of the said land should be given to Ruth Korkor Odonkor.”

WHO and DHSC support Ambulance Service to train EMTs