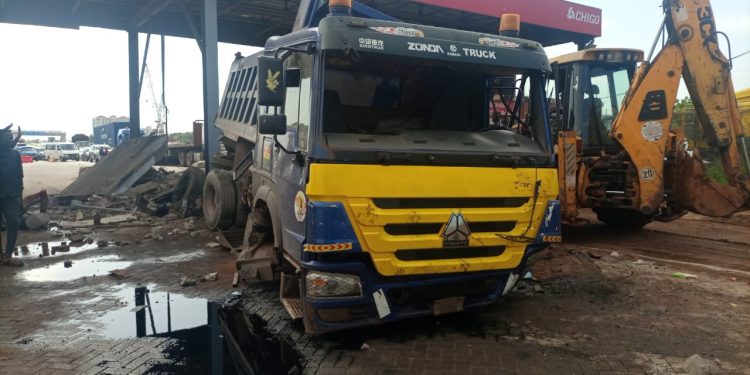 A tipper truck on Friday morning crashed into two abandoned toll booths at the Tema end of the Tema-Accra Motorway.

Two people were injured as a result of the accident.

The accident occurred in the early morning (May 27, 2022) when the truck heading towards Accra from the Afienya section crashed into the empty toll booth, damaging the structures.

The driver and his conductor, who were injured, were rushed to the Tema General Hospital. 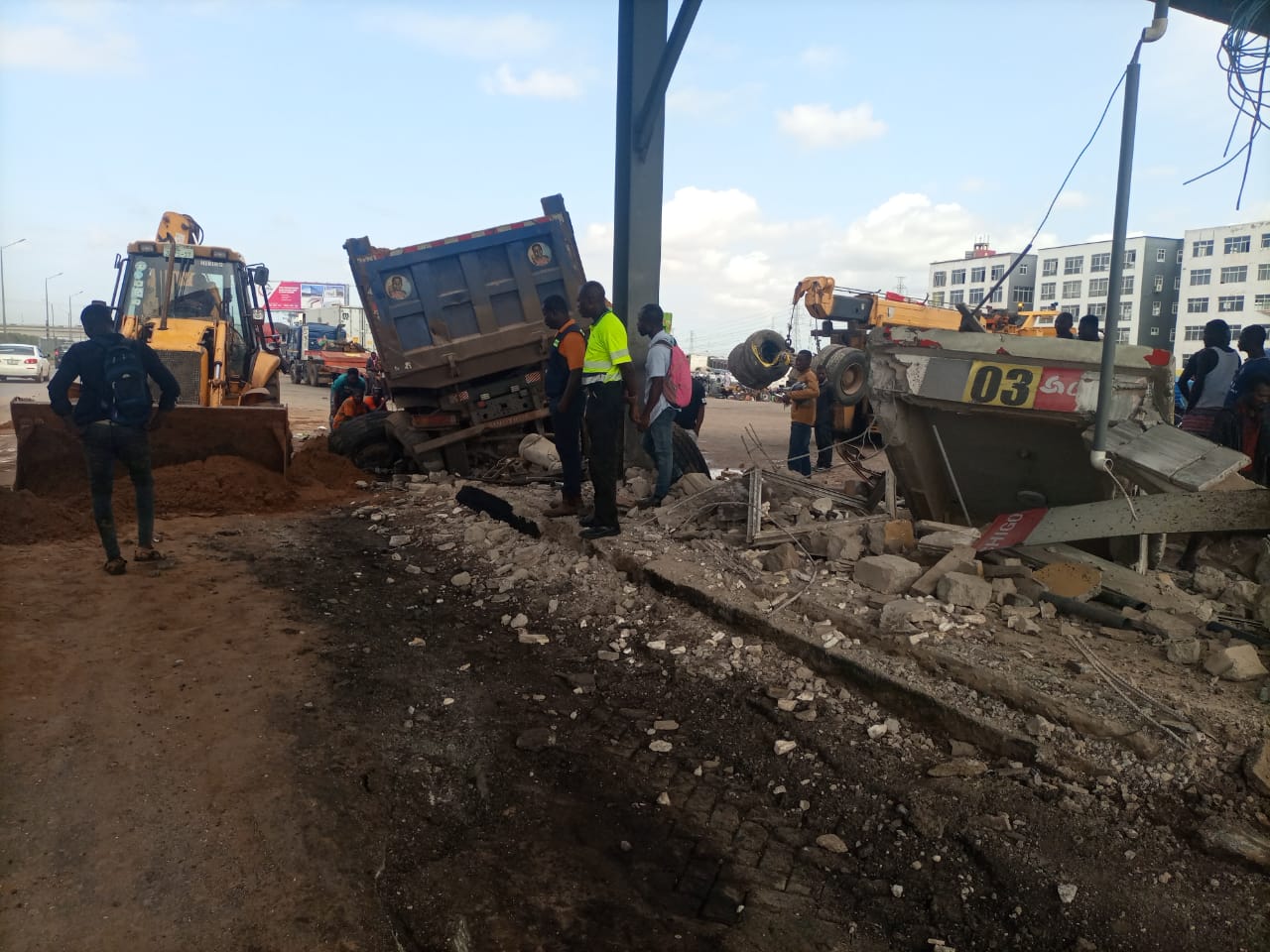 The Tema Regional Motor Traffic and Transport Directorate (MTTD) Commander, Chief Superintendent William Asante told journalists at the scene of the event that the tipper truck filled with sand from Afienya was headed to Accra.

However on reaching the Tema Toll Plaza, the truck crashed into the two empty booths destroying the structures in the process.

The accident also resulted in the truck spilling the heap of sand onto the road resulting in a minor traffic hold-up.

Chief Superintendent Asante said the police were deployed to the location to ensure smooth flow of traffic on the busy road, as efforts were also made to tow the truck and clear the heap of sand on the road. 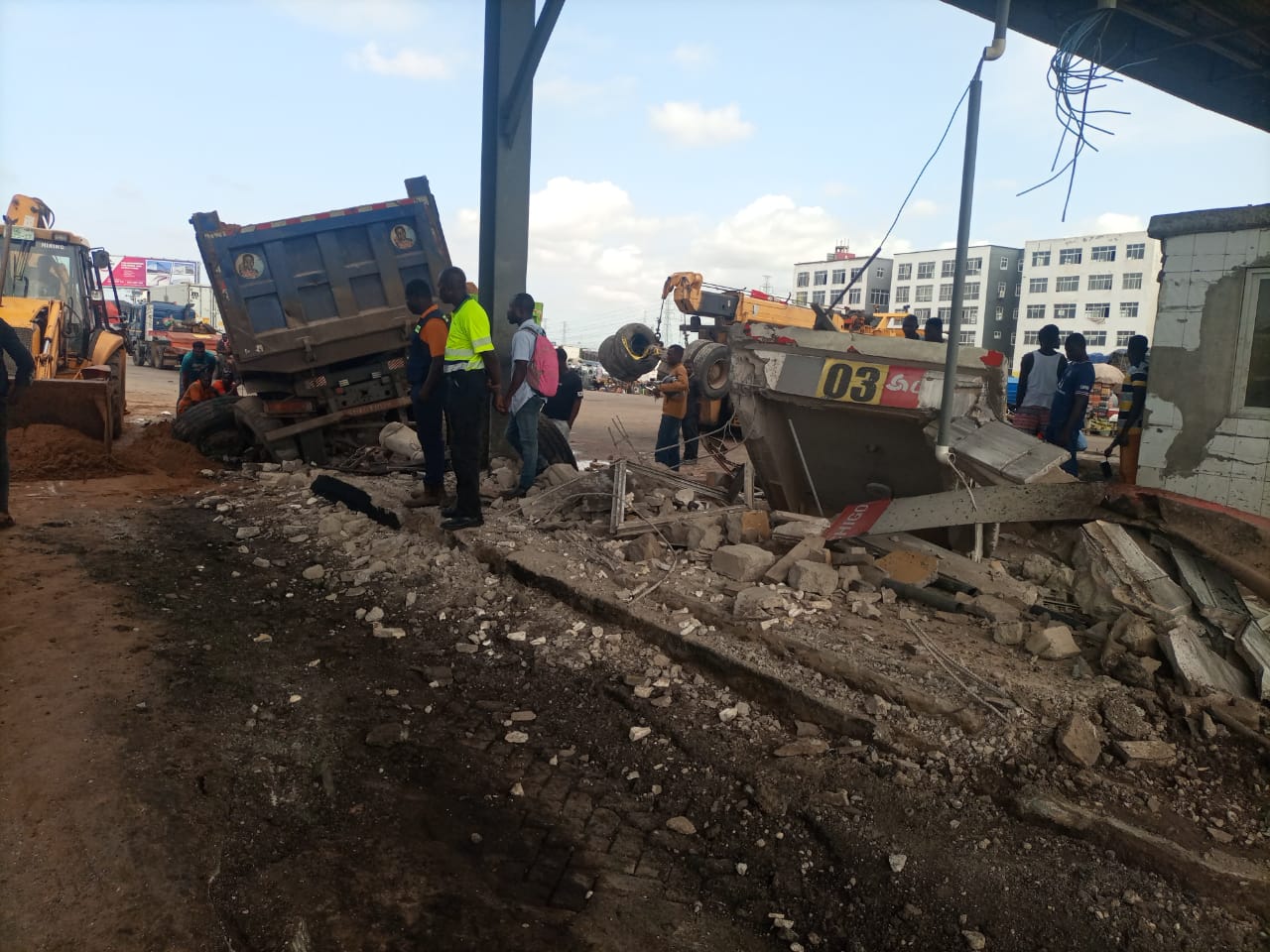 Chief Superintendent Asante said the driver and his conductor were in stable condition.

He advised drivers and other motorists in the country to be very vigilant on the road and always observe road traffic regulations in order to ensure safety on the roads. 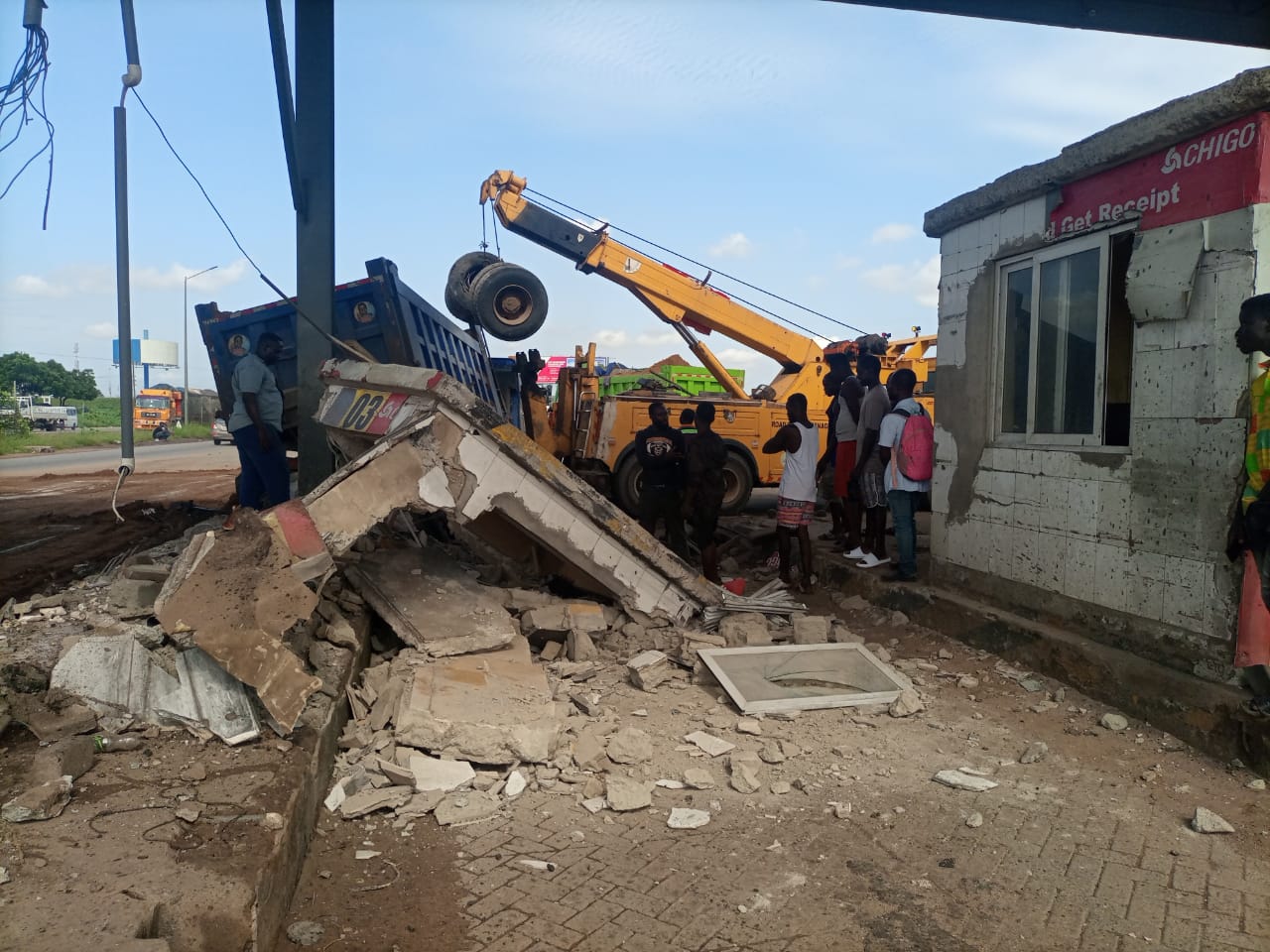 Friday’s accident occurred at the same spot where a toll attendant was killed in July 2021 after a tipper truck also filled with sand crashed into one of the tollbooths.

The toll booths have remained empty following a directive from the Ministry of Roads and Highways to shut down all toll booths in the country.