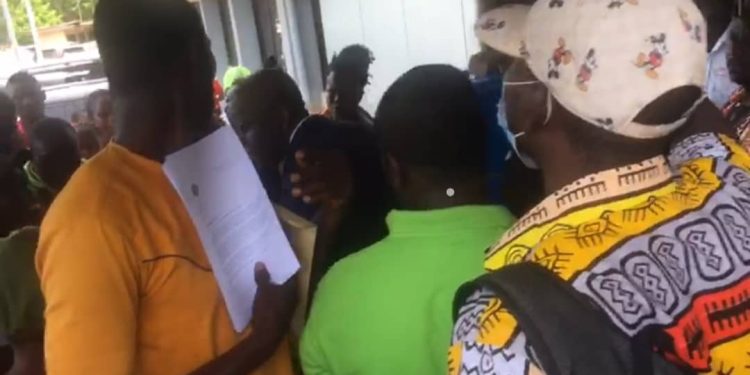 The Ministry of Roads and Highways says it is in the process of reassigning all the toll collectors who have been rendered jobless after its decision to close all toll booths across the country.

Speaking on Eyewitness News, the Deputy Public Relations Officer of the Ministry, Isaac Adjei Kwakye said no definite date can be given for when the reassignment will be done, but the ministry is working to ensure it happens soon.

Some former toll booth attendants in Accra massed up at the Ministry of Roads and Highways on Thursday, May 12, 2022, to demand the payment of their salaries, which have been in arrears, and reassignment.

Government gave assurances that it would reassign the attendants and continue paying them their salaries during the waiting period following the closure of toll booths, but the government is yet to honour its promise.

But Isaac Adjei Kwakye said the government is working on their reassignment.

He however denied claims that the government owes the former toll collectors.

According to him, the government only engages the private company contracted to undertake the toll collection.

He said the government is aware that the former collectors were paid for the months of November and December 2021 and are thus owed four months’ salary, but that is between them and their employers, the private company.

“It is not true that they’ve not been paid for seven months. In fact, after the presentation of the 2022 budget in Parliament in November 2021, they have been paid their November and December salaries. The outstanding ones have to do with January, February, March and April 2022,” he said.

“As we speak today, we have been honouring our obligations as far as the company is concerned. The non-payment of salaries is not from our part but let’s be honest, since December last year they have not worked,” he added.