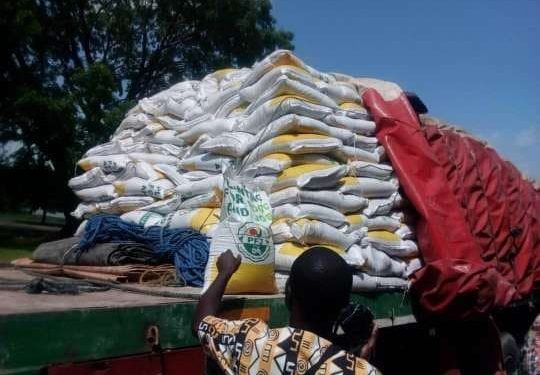 Fertilizer suppliers in the country say they have been hit hard following the government’s failure to settle debts owed them for the supply of the product to farmers.

The outstanding debts owed to suppliers by the government have forced the suppliers to revise their arrangements with creditors; a situation they are unhappy with.

This, if not immediately tackled according to the suppliers, will lead to dire consequences in the food production value chain.

“It is expected that [if the current situation persists] we are going to have very low production”, says Prince Adipah, Chief Executive of the Chamber of Fertilizer Ghana.

Already, the Peasant Farmers Association has raised concerns that the suppliers have ceased providing farmers with fertilizer due to the government’s inability to clear the arrears owed.

Speaking on the Citi Breakfast Show, Prince Adipah disclosed that even suppliers under the government’s Planting for Foods and Jobs programme have still not been paid, making it difficult for raw materials to be sourced for production.

“We actually sent signals to the government last year warning them about the implication of the non-payment of outstanding debt, which at the time was, GH¢600 million. That crippled a lot of our members with their suppliers.”

“We said the non-payment was going to affect our production this year.  Per my last check, we had barely 100,000 tonnes of all types of fertilizer in the country. We are struggling”, he lamented.

Meanwhile, the Chamber is asking the government to put measures in place to boost local production of organic fertilizer to improve yield.

It argues that Ghana’s over-reliance on the importation of raw materials is hampering efficiency.

“What government should focus on this time is to encourage the production of organic fertilizer from the waste we have around. There ought to be a deliberate and conscious effort in that regard because we cannot continue depending on imported fertilizers.”

“… It’s expensive when we can rely on local raw materials and solve our own problem by encouraging local manufacturing of organic fertilizer”, Prince Adipah suggested.