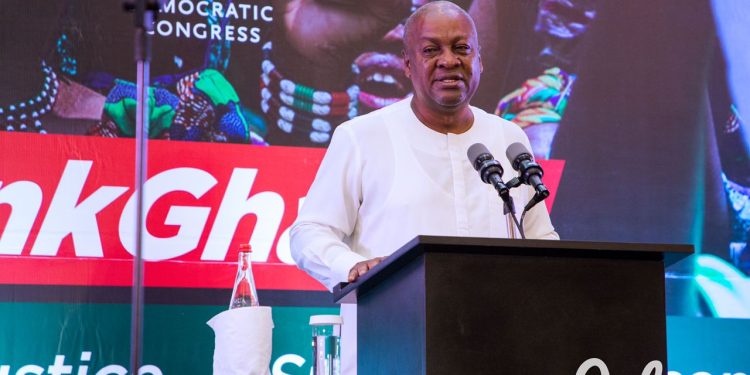 Former President, John Dramani Mahama says the Akufo-Addo administration has proven to be clueless as to how best to manage the economy.

According to the former President, though the country seems to be having an economic meltdown, President Akufo-Addo and his team have shown little appreciation of the situation.

Mr. Mahama says despite the NPP administration’s incompetence, it is totally impervious to sound proposals to rescue the economy and mitigate the extreme economic hardships that Ghanaians are dealing with.

“It is apparent that even as the ship of state is being buffeted by the choppy waters of economic disaster, President Akufo-Addo and his head of the economic management team and his Finance Minister have no clue as to what direction to lead this country,” Mr. Mahama said while speaking on the state of the economy at the inaugural launch of a policy think tank, Think Progress Ghana.

“The Akufo-Addo administration has refused to do what is necessary to arrest the economic decline. The suffering and pain experienced by Ghanaians do not seem to move the Akufo-Addo government to action. They have convinced themselves somehow that by refusing to do the heavy lifting required, they can wait out the economic storm and that stability and normalcy will return as a matter of due course,” he added.

Economic crisis: Ghana left with no other option than return to IMF - Mahama