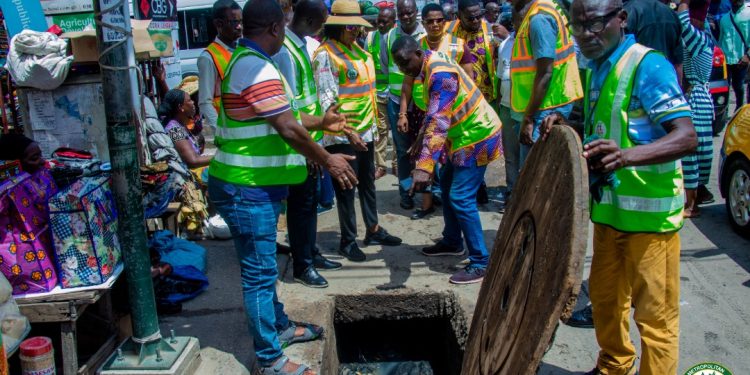 The Accra Metropolitan Assembly (AMA) has locked up some shops in the Central Business District (CBD) with unclean surroundings, frontages and drain abut their premise.

The shops were locked on Tuesday following a directive by the Mayor of the City of Accra, Elizabeth Kwatsoe Tawiah Sackey, when she paid a working visit to Gamashie, Kantamanto, Makola, June 4th, and Agbogbloshie markets.

Public health officials of the AMA were also directed to issue summons to the shop owners to appear before the court for failing to keep their frontages clean contrary to the Assembly’s bye-laws on sanitation.

According to the AMA Sanitation Bye-laws 2017, a person commits an offence if he or she fails to keep the drains around their premises up to the middle of the street clean, provide a standard container for refuse storage as prescribed by the Assembly, receives service from an unauthorized person or unregistered solid or liquid waste collector, indiscriminately dumps solid and liquid waste in open spaces, drains, gutters, or bums solid waste.

Speaking to the media after the tour, Mayor of Accra, Sackey expressed displeasure about the unclean frontages of some shops in the markets and admonished shop owners to endeavour to keep their surroundings and all their drains clean to avoid prosecution.

She reiterated that #BorlaInDrainsMustStopNow to ensure the free flow of water when it rains and to prevent communicable diseases in the city. 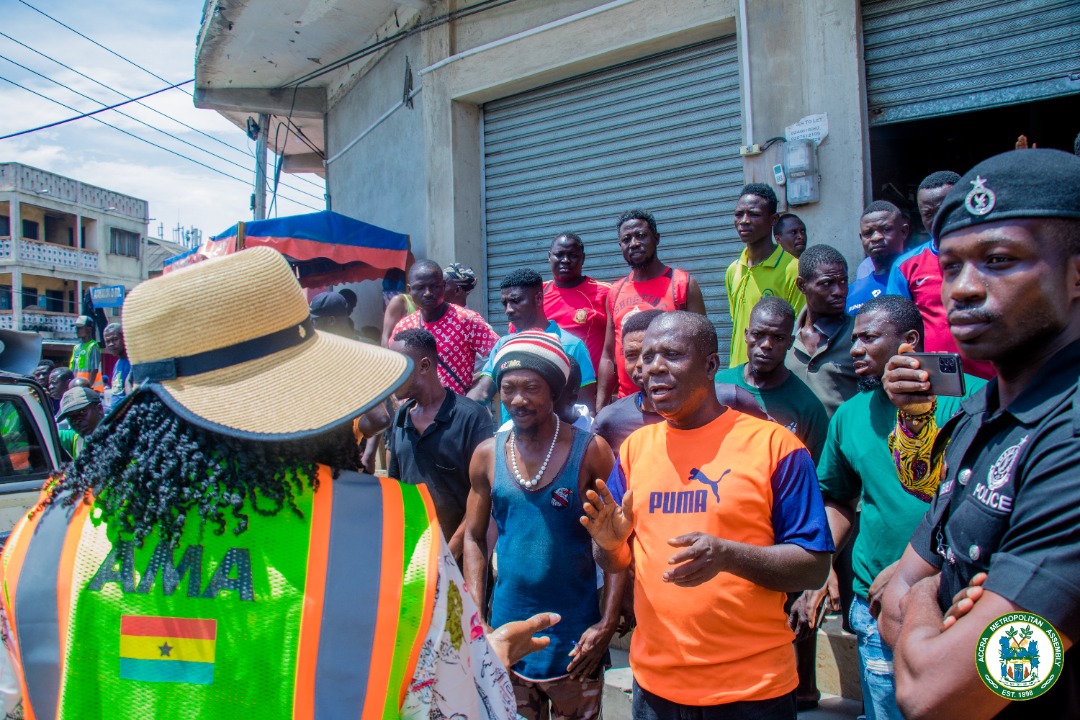 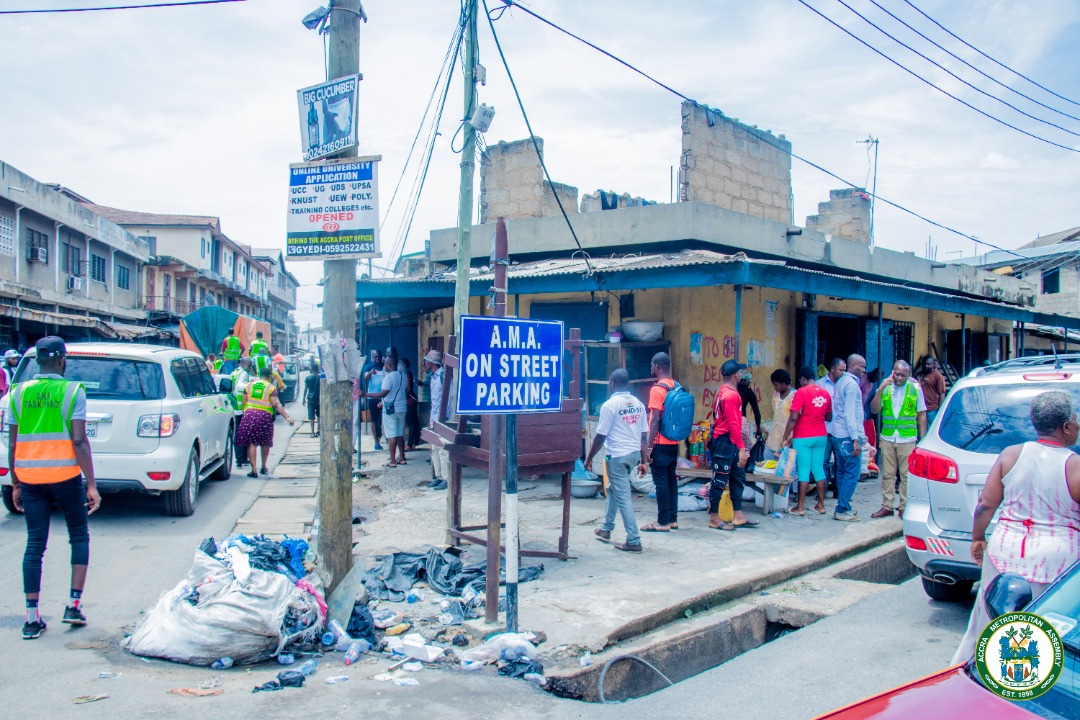 “Most of the time we tend to blame the government and city authorities for the filth we see in our communities, but what we forget is that our attitude towards waste management is not encouraging.”

The issue of sanitation and flooding in Accra cannot be solved if we all do not play or part,” she said. 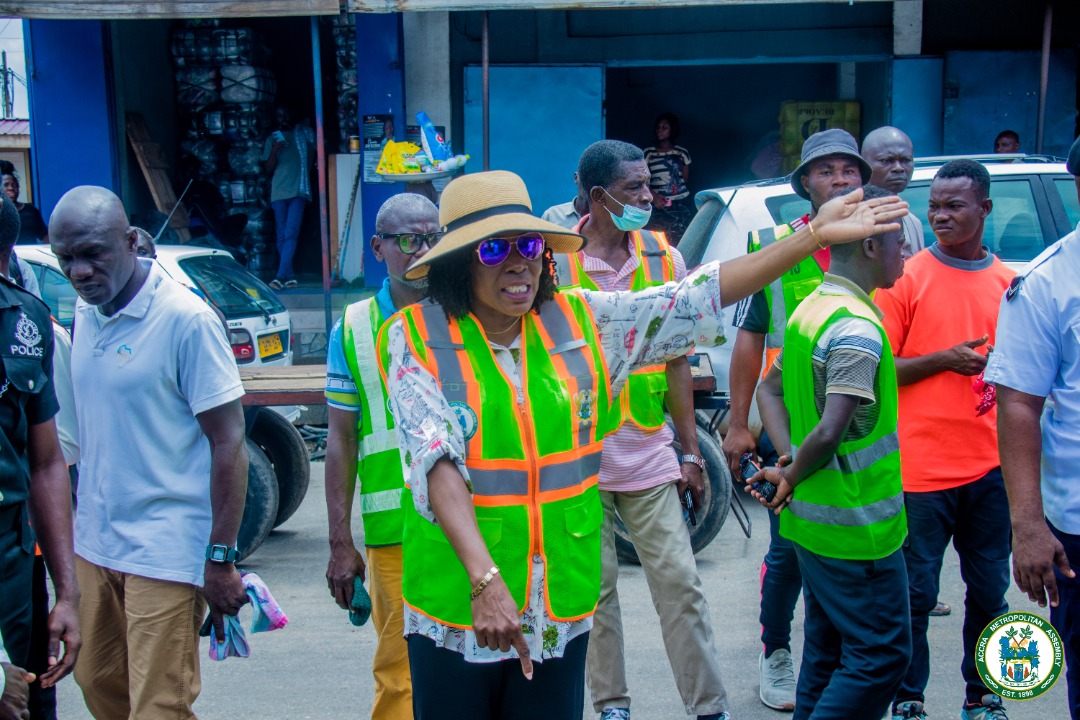 Elizabeth Sackey also used the opportunity to interact with traders and shop owners and urged them not to extend their shops to the pavements, as well as keep their surroundings and drains clean to avoid prosecution.

The Mayor was accompanied by the Director of Urban Roads at the AMA, David Afosah-Anim, Assembly members, and some officials of the Assembly, among others.