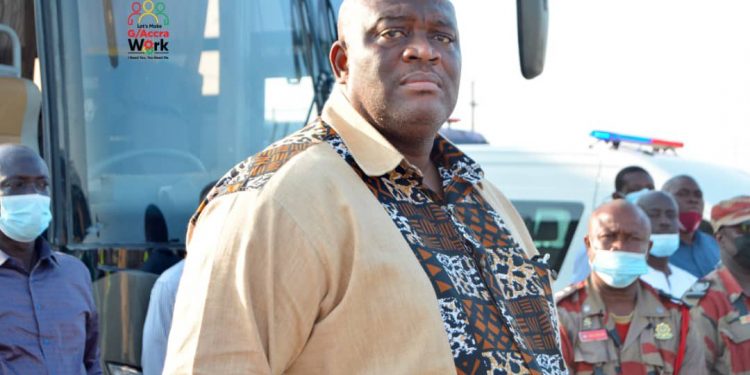 The Greater Accra Regional Coordinating Council (RCC) wants the police to arrest individuals who are found clamping vehicles in the region.

Chairman of the Council, Henry Quartey says there have been series of complaints from some members of the public about the incessant clamping of vehicles at unlawful places by some private entities contracted by the Accra Metropolitan Assembly (AMA) and other assemblies in the capital without any discretion.

Speaking during an engagement with private firms, Mr. Quartey ordered the immediate halt to the clamping of vehicles in the city by private entities without authorization.

“The Regional Coordinating Council is directing that with immediate effect, all clamping in the Central Business District in Accra stops, and we are saying it takes effect now. The firms are to come with their documents to the respective assemblies. Anybody found clamping or enforcing traffic regulations should be arrested by the police.”

Henry Quartey, also the Greater Accra Regional Minister, further noted that a committee will be instituted to review the operations of traffic enforcers in the region.

“A committee will be formed immediately which will involve the National Road Safety Authority, Ghana Police Service and a rep from the assemblies to look at the bye-laws that give them authority to engage the services of the private firms to do traffic enforcement. We think that, it should be properly coordinated in consultation with the Ghana Police Service to provide training to these entities”, he explained.