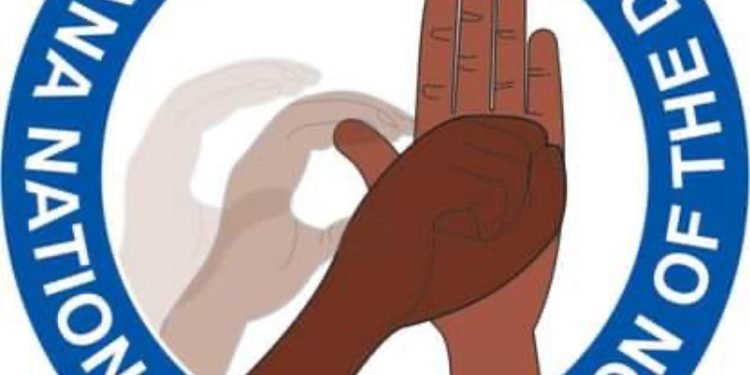 The Ghana Federation of the Deaf has expressed displeasure with the inability of government to include the association in the ‘See-Something-Say-Something’ campaign despite the possibility of physically challenged persons being a target of terrorist attacks.

The ‘See-Something-Say-Something’ campaign was launched by government in its quest to avert terrorist attacks in the country.

According to the association, its members feel abandoned since adverts on television about the campaign have no sign languages for the deaf, thereby leaving them to their fate.

The Ghana National Association for the Deaf (GNAD) in 2019, reported that approximately 0.4 percent of Ghana’s population has a hearing impairment.

Speaking to Citi News, the Advocacy Chairman of the Ghana Federation of the Deaf, Alexander Bankole William called for the alleviation of the linguistic discrimination that Deaf persons face as well as the inclusion of the deaf in the see-something-say-something campaign.

“Communication targeting the public should take into cognizance the needs of deaf persons, for instance, so we should establish sign language as a means of communication. So these are some of the things that we are obliged to do by law so therefore if we have such a national situation where the general public is being targeted, how is it that we are not making conscious efforts to ensure that we are specifically targeting deaf persons?” he asked.

He further indicated that uneducated deaf persons should be taken into consideration as well in sign languages.

“With the targeting of deaf persons, it is not even enough to just put some sign language justification on some adverts on national television in English, but we also have to look at deaf persons within the local context of their communities who might not be able to communicate in the general sign language”, he added.

Scrap Council of State if it has outlived its usefulness – Dr. Oduro Osae

Scrap Council of State if it has outlived its usefulness - Dr. Oduro Osae