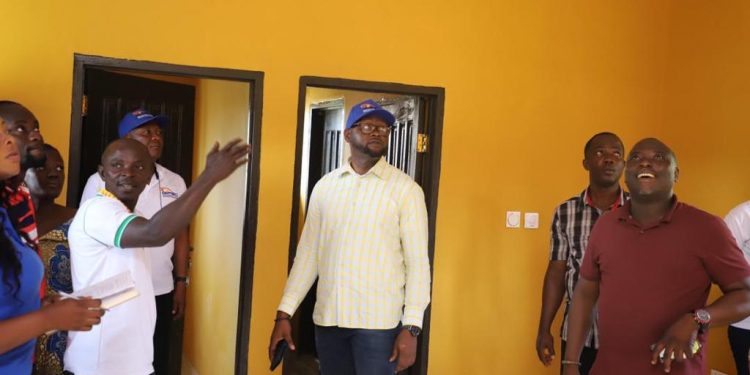 The Administrator (CEO) of Ghana Investment Fund for Electronic Communications (GIFEC), Mr. Prince Sefah has completed a Working Visit to the Ashanti Region, which was focused on inspecting the newly-built Community ICT Centre (CIC) Projects in the Region.

Another purpose of the Working Visit to the Region was to deepen collaboration with stakeholders, including Municipal/District Assemblies, Traditional Authorities and School Authorities.

In Ejura – SekyeDumase District, the Team inspected the newly-completed CIC at Aheneboano. There, Mr. Sefah engaged the District Coordinating Director, select staff of the Assembly, some Community Leaders and the Assistant Headmaster of the Ejura Anglican School, whose campus the CIC is located in. 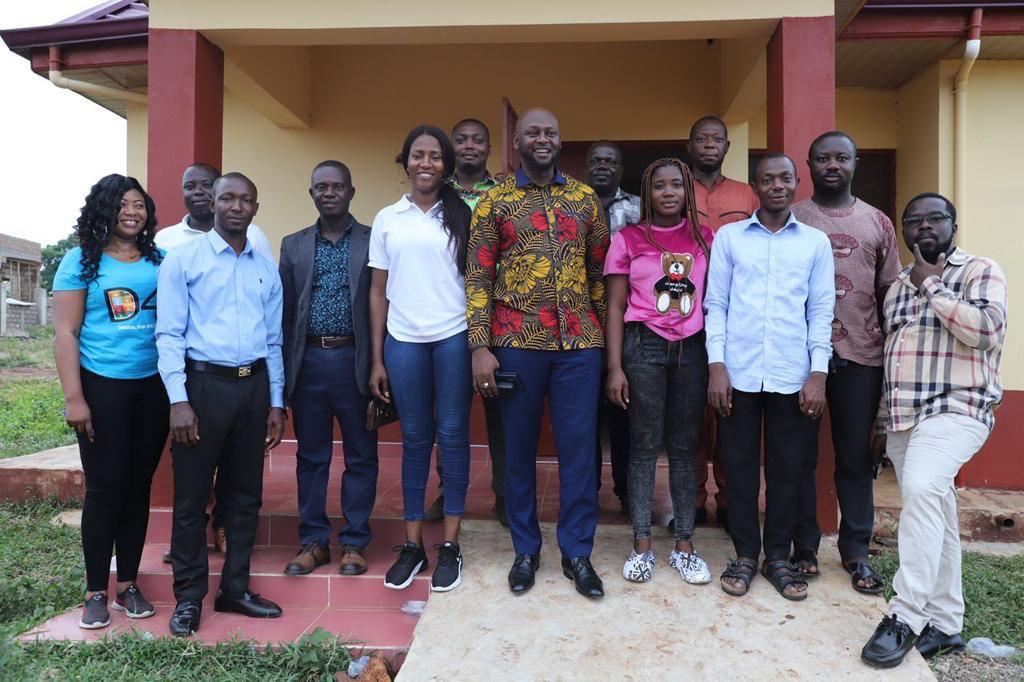 He informed the Hosts that the purpose of the visit was to check on the project, to ensure the readiness of the facility for the deployment of computer equipment, and its operationalisation, for the benefit of the community.

He expressed his gratitude to the Assembly and the Community for their cooperation and support throughout the construction phase, and further requested for their support, for the efficient management of the facility.

He said that a key component of GIFEC’s mandate is to build the capacity of citizens to take up opportunities in the 4th Industrial Age that we are in, which is driven by Digitalisation.

It was in this vein that, according to him, GIFEC is expanding its Cyberlabs Programme to more communities, to increase access to ICT equipment and services, especially, in underserved and unserved communities.

The District Coordinating Director, Mr. Emmanuel Armah, who represented the District Chief Executive, said that the Assembly is grateful to be included in GIFEC’s interventions, and pledged support for the management and maintenance of the centre. 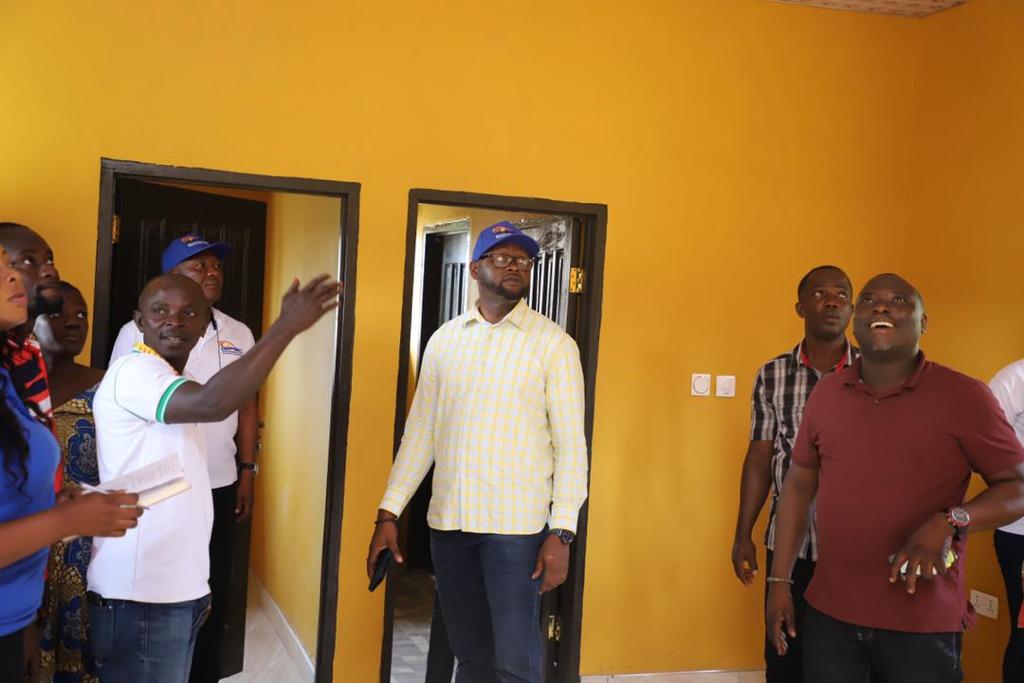 He requested additional support from GIFEC for schools and other communities within the District, considering the large size and population of the District.
Kokofu 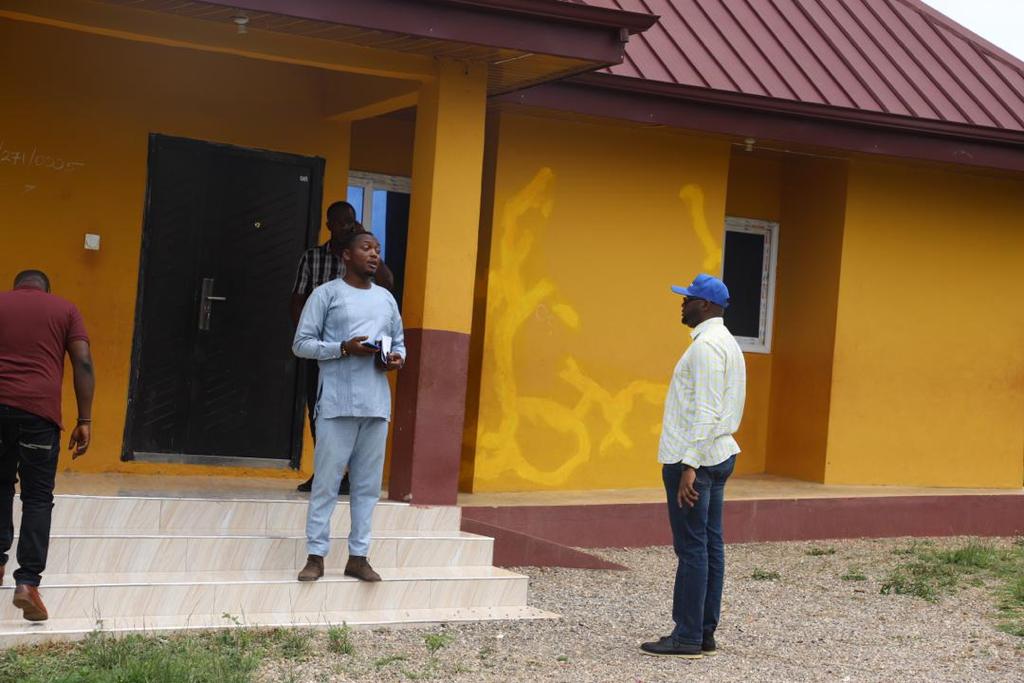 He said, that although delayed by about 1 year, by the COVID-19 Pandemic, the biggest investment in telecommunication infrastructure by any government, being implemented by GIFEC on behalf of the Ministry of Communications and Digitalisation under the great leadership of Hon.

Mrs. Ursula Owusu-Ekuful, the Ghana Rural Telephony and Digital Inclusion Project (GRT&DIP), has built 1,006 to-date, out of a planned 2,016 Sites, since late 2020, and is expected to be completed by December 2023.

He mentioned that previously, until the GRT&DIP, GIFEC was building about 10 such Sites per year, in the era of the previous NDC government.

In the Ashanti Region, he said that, specifically, 119 GRT&DIP Sites have been built, out of which 70 are already activated and delivering Voice and Data services to the citizens of Asanteman.

He said that his Team is working in collaboration with relevant stakeholders in the Asanteman to ensure that the Region gets its due share of the remaining Sites to be built, and to get the remaining built Sites activated.
Further, he said that GIFEC’ss Cyberlabs Programme will establish 200 ICT labs across the country this year, to increase access to ICT.

He requested an expansion of the Programme to cover more persons and communities in Kokofu.
Gyadam & Abankro

As part of his inspection of the Gyadam CIC in the Asante Akim South District, Mr. Sefah also paid a Courtesy Call on the Traditional Rulers of the area, including the Queen Mother of Gyadam Paramountcy, Nana Kwatemaa Morongo II, who expressed gratitude for the opportunity and pledged their support in ensuring effective management of the facility.

Mr. Sefah was accompanied by the Development and Planning Officer and the Director of Education of the Asante Akim South District.

At Abankro in the Ejisu Municipality, he visited the newly constructed centre and interacted with some leaders of the community as well.

We have enough food supplies for schools – Buffer Stock Company 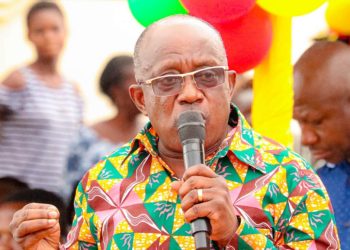 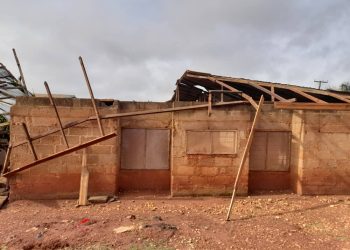