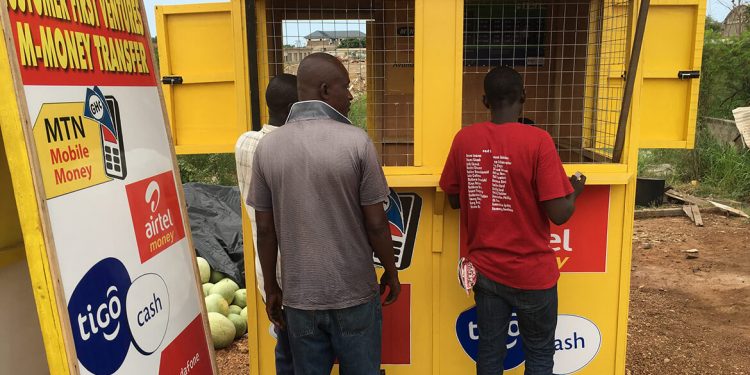 The government may not meet its target of raising some ¢4.5 billion from the Electronic Transaction Levy, as about 83% of Ghanaians have reduced their mobile money transactions since the introduction of the levy.

This is according to a survey report released by IMANI Centre for Policy and Education in collaboration with Deutsche Gesellschaft für Internationale Zusammenarbeit (GIZ).

“About 83% or 8 in ten respondents indicated that their volume of transactions has changed since the implementation of the e-levy in May 2022. Of this number, about 47% indicated that they had reduced the number of mobile money transactions by about 51% to 100%. Our findings suggest that the official 24% attrition rate, which the government estimates for the first three to six months following the introduction of the e-levy, is likely to be much higher.”

“This finding implies that the forecasted GH¢4.5 billion (GHS¢60 million per month) e-levy revenue target for 2022 is unlikely to be attained given the strong consumer backlash and people finding alternative means of undertaking financial transactions,” portions of the survey said. 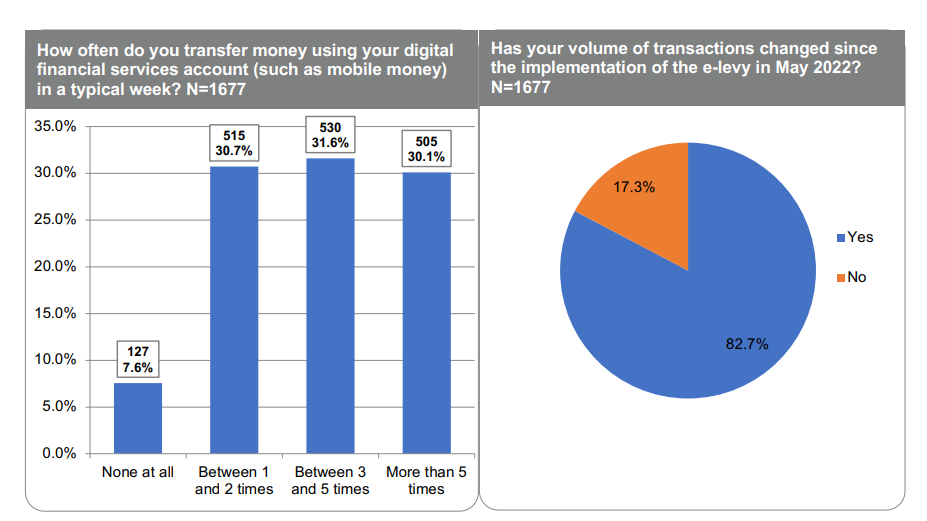 The research, which interviewed 1,677 respondents across the country, was aimed at determining the impact of the e-levy on Ghanaians and the coping mechanisms Ghanaians had adopted since its passage in May this year. 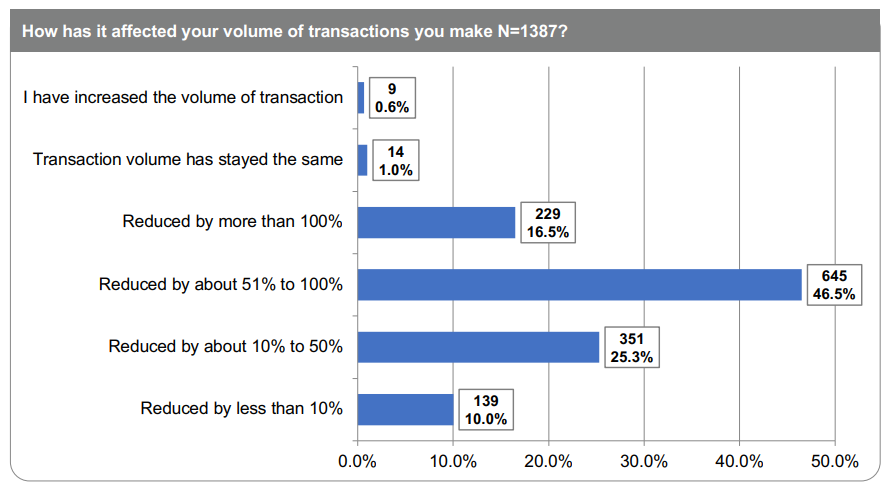 Sampled respondents indicated that they had found alternative ways of avoiding the e-levy which included “carrying physical cash (43.8%), using the mainstream commercial banks (18.1%), and exploiting loopholes in the system by collaborating with mobile money vendors to allow cash out (20.7%).”

The majority of respondents who are opposed to the levy feel that the government could reduce its expenditure to raise more revenue.

“32% of those not supporting the e-levy indicated that the government could cut down on wasteful expenditures such as Land Cruiser V8 cars, allowances, conferences, and travel. It is apparent here that
many citizens (72.6%) feel that the government already collects enough taxes and should prudently manage the expenditure side of the equation.”

The government commenced the implementation of the levy on May 1, 2022, after its initial announcement in the 2022 budget.

It was reduced from 1.75% to 1.5% following protests from various stakeholders.

The reduction was considered insufficient by groups that were calling for the levy to be scrapped.