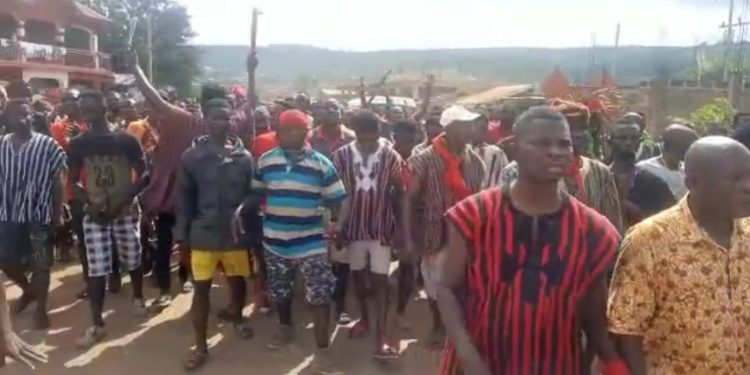 Residents of Nuaso in the Lower Krobo municipality in the Eastern Region, confronted the Electricity Company of Ghana workers and the military who tried to install prepaid meters in the area, forcing the soldiers to make a retreat.

Samuel Torgbor, the Assembly member for Nuaso electoral area, said the people were taken aback by the lack of consultation on the matter.

“I don’t have any information to pass to my people. I was unaware of that the ECG and military people will be coming to our area on Monday,” Mr. Torgbor said on Eyewitness News.

He also said they were confused because they were under the impression soldiers had been asked to withdraw from the area.

Parliament has directed the Minister for Defence to order the immediate withdrawal of soldiers in the Lower Manya Krobo municipality.

There has been tension between residents and the ECG over the payment of electricity bills.

Also speaking on Eyewitness News, the Lower Manya Krobo MP, Ebenezer Teye Larbi, said the safety concerns made by ECG to justify the military concerns were not warranted.

“We have gone past that stage where there was that confrontation…though the issue has not been wholly resolved,” Mr. Larbi said.

He maintains that people in the area also feel that soldiers are being brought in to intimidate them.

“The approach they are adopting creates the impression that they are being punished with prepaid meters,” Mr. Larbi added.

The management of the ECG has since said it will meet residents of Nuaso community to sensitise them about the ongoing prepaid meter installation.

Kumasi traders back ECG to provide metres to stalls 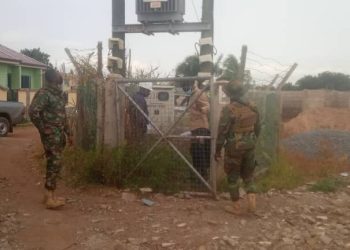