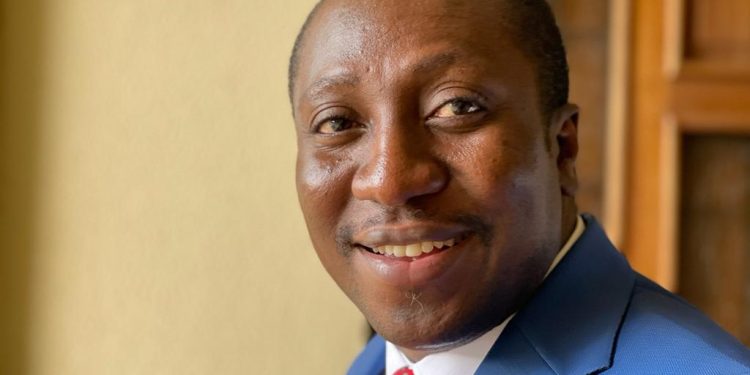 President Nana Addo Akufo-Addo has commended the deputy Majority Leader, Alexander Afenyo-Markin for the construction of 13 library facilities in the Effutu Constituency in the Central Region from his own resources.

The act, according to the President, will help improve the reading culture in the area.

Commissioning a library facility at Frafraha in the Adentan municipality named after his late father Edward Akufo Addo, the president said the contribution of the Effutu MP and the First Lady, Rebecca Akufo-Addo, who has also built and handed over 10 libraries facilities, cannot go without mention.

“I am thrilled to mention that my beloved wife Rebecca is also in the process of handing over 6 more libraries to aid in reading and research and in the same light let me also commend the Deputy Majority Leader and the Director of Communications at the Presidency, Eugene Arhin for also contributing in this direction.”

Afenyo-Markin defeated the NDCs Mike Hammah in the 2012 parliamentary election and began his legislative duties in 2013.

The third-term MP who now serves as the Deputy Majority Leader also serves on the Finance and the Defence and Interior committees of Parliament.

The naming of the Library facility after the father of the late President was in recognition of his role as the first Ghanaian to chair the board of the Ghana library authority.

Under the Effutu dream, Afenyo-Markin has distributed about 1000 laptops each to newly posted teachers in the public and private schools in the constituency.

The late president of the Second Republic and the third Chief Justice of Ghana is said to have contributed to the development of public libraries across the country.

Addressing the event, President Akufo-Addo said he had no hand in the decision to name the facility after his late father.

“Before I am predictably accused by my political opponents of seeking the unwarranted glorification of my father, it must be put on record that this decision was taken solely by the governing board without any input or knowledge by President Nana Akufo-Addo,” he stressed.