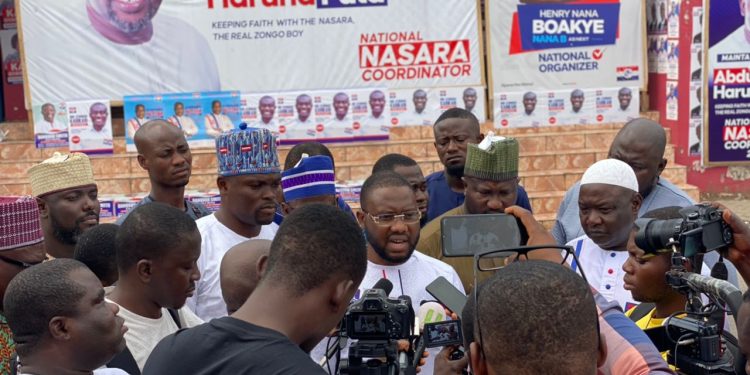 The Regional Nasara Coordinators for all the 16 regions of the country, on Sunday, June 12, 2022, stormed the New Patriotic Party (NPP) National Headquarters to pick and pay for the nomination forms for the current National Coordinator, Alhaji Abdul Aziz Haruna Futa, who is seeking re-election for a second term.

They were led by the Ashanti Regional Nasara Coordinator, Saalim Bamba, and Alhaji Ali Suraj, a leading member of the Nasara Wing of the Party.

He added that, travelling from across the country to the National Headquarters to pick his nomination forms and pay for same, was just a tip of the extent to which they are willing to go in support ofAlhaji Abdul Aziz Haruna Futa, to enable him continue his transformation of the party’s Nasara wing. 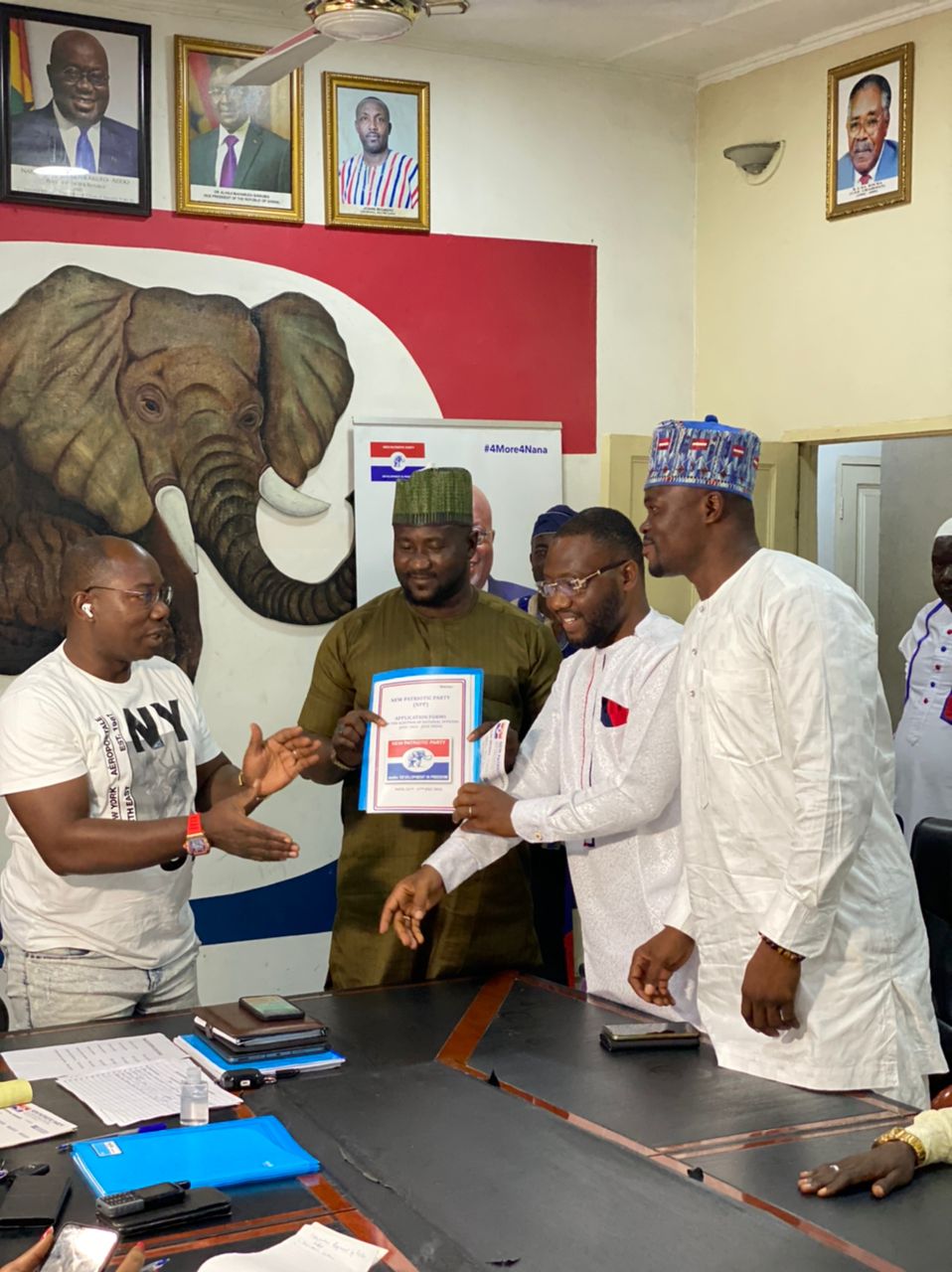 Touting his achievements, Saalim Bamba stated, among other things, that:

“Our boss, Alhaji Abdul Aziz Futa has delivered on his mandate as National Nasara Coordinator. He successfully resourced the Nasara wing and supported our activities in the last elections, resulting in the massive votes secured by the NPP, particularly in the nation’s Zongos and other Nasara communities in the country.”

“Aziz Futa, therefore, deserves another term to continue his good works in transforming Nasara. It is for this reason that we, the 16 Regional Nasara Coordinators, have all resolved to endorse him, and go the extra mile, to sponsor his campaign across the country”.

On his part, Alhaji Ali Suraj, a leading member of Nasara, and a former contestant for the position of National Nasara Coordinator said, he decided not to contest again so that he could throw his weight behind Aziz Futa to continue delivering the Nazara project.

He added that, since the formation of Nasara, no National Nasara Coordinator has won re-election, and this lack of continuity, has affected the progress of Nasara.

“Accordingly, it is in the interest of the NPP to break this chain, and for the first time, allow continuity in Nasara.”

The NPP will hold its National Annual Delegates Conference, to elect National Executive Officers, from 15th to 17th July, in Accra, and it is widely expected that Aziz Futa will be overwhelmingly retained as National Nasara Coordinator, by the various Nasara Coordinators who form the Electoral College for the Nasara elections.