Police arrest three soldiers, one other for robbery at Nsakina 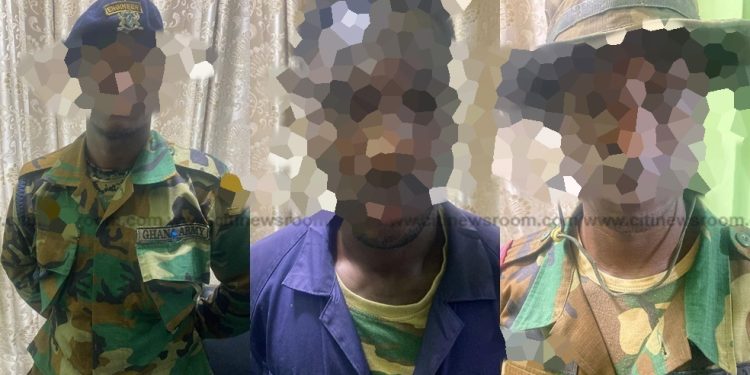 Police have arrested three military personnel and one other accomplice in connection with a robbery incident at Nsakina near Amasaman on June 4, 2022.

The police report indicates that the four suspects scaled a wall into the residence of the complainant and robbed him and his friends of 8 different mobile phones and forcibly made them transfer an amount of GH₵ 850 to a registered MTN number bearing the name Gabriel Yinsabilik.

Preliminary investigation led to the identification of the three military personnel, who were arrested by the military police and handed over to the Amasaman District CID.

The three military suspects have since been cautioned and released to the military police to be reporting periodically while the investigation continues.

Meanwhile, their accomplice, Malik, allegedly confessed to the crime during interrogation.

Chronic alcoholism can have erosive effect on the teeth – Dentist